Systemic Racism is not Racism 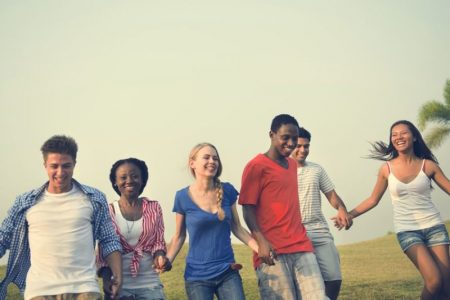 (Sep. 15, 2020) — Tank farms are not farms. Machine gun nests are not nests. In the same way, what is called systemic racism is not a case of racism. It might include some racism, or not, but that is not part of the definition.

Racism is deliberate action of a racist nature by individuals. Systemic racism is a widespread feature of a society. Such features are often expressed as statistics. These are not statistics about the incidence of racism by individuals.

In fact whether or not a specific case of systemic racism includes some actual individual racism is a scientific question. This question may be hard to answer.

Unfortunately, these days a lot of people are simply making the false assumption that certain cases of systemic racism are full of racism, even though no one can point to any. Kamala Harris in particular stands out.

For example, blacks in America are estimated to have a larger percentage homeless people than whites do. This is also true of prison inmates convicted of drug crimes.

In cases like this blacks are said to suffer from systemic racism. But whether or not there is any actual racism going on, or how much if there is, is simply unknown.

Actual racism requires specific racist actions by specific people, while systemic racism can occur for other reasons. The fact is that our complex social system may well be structured in ways that cause these unhappy statistics, even though no one is being a racist. Social systems are like that.

Social structures can be amazingly persistent. We see this system persistence in the recovery from disasters, where things go “back to normal”. In many cases these underlying structures can be hard to see, and even harder to change.

Understanding that systemic racism may not be due to widespread individual racism is very important if we want to overcome it. Just as in medicine, getting the diagnosis wrong can be much worse than useless. Trying to cure supposedly widespread individual racism that does not in fact exist can simply make matters worse, not better. Blaming people for things they are not doing just makes them angry.

In fact there is a large scientific literature on systemic racism, also called institutional racism. There have been over 20,000 research articles and books on these two topics in just the last ten years. That is a lot of research!

It is here in the social sciences that we should look for solutions to systemic racism, not by name calling and guilt trips as the Democrats are doing. Kamala Harris and the rest of her party are just making things worse. They are literally inciting people to riot.

Conclusion: Systemic racism is not racism. It is not even evidence of racism. That people think it is, and are being told so, is a destructive conceptual confusion. Instead of coming together we are being torn apart.

Systemic Racism is not Racism added on Tuesday, September 15, 2020

2 Responses to "Systemic Racism is not Racism"