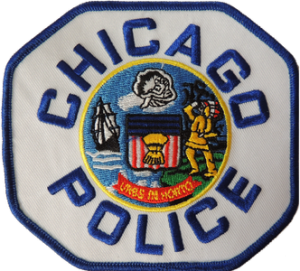 Eighteen officers were injured, the Chicago Sun-Times and Chicago Tribune reported on Saturday, after “at least 1,000 people” participated in an afternoon rally which turned violent.

There were 12 arrests and “many injured,” USA Today reported.

The “Black Indigenous Solidarity Rally” said on its Facebook page that it seeks to defund the Chicago Police Department, “combat climate change,” “invest in communities,” and remove police officers from public schools.  The group also calls for “decolonizing Zhigaagoong,” for which The Post & Email was unable to find a translation.

Some in the group cast “fireworks and other incendiary devices at police,” according to Chicago Mayor Lori Lightfoot as quoted by the Sun-Times.  Lightfoot, who has been criticized by the White House for her handling of recent violence in the city, also faulted police for what was reported as excessive force against rally attendees.

Rocks and bottles were also thrown at officers, according to the report.

Chicago is one of a number of major American cities over which President Trump has expressed growing concern regarding violence which began after the May 25 death of George Floyd while in Minneapolis police custody. Nationwide, peaceful protests quickly morphed into destruction of businesses, retail stores and gave way to shootings, some of which were fatal.  The pulling-down and destruction of public monuments in various locations quickly followed, in most cases appearing to have gone unpunished.

Lightfoot, who White House Press Secretary Kayleigh McEnany said Thursday has been “derelict” in her duty to protect her citizens, initially said she disagreed with removing the Columbus statue, which some residents believe represents oppression. However, Lightfoot recently modified her stance to say that her office is undertaking “a comprehensive review of our public icons to identify which should change, and where we need new monuments and icons to be erected to ensure the full, robust history of our city is told,” according to the Sun-Times.

A young woman was reportedly “sucker-punched” in the face by an officer, causing her to lose several teeth, although the video provided of the incident was taken from a distance and does not show what occurred before the officer allegedly struck her.  The organization with which the woman is associated tweeted to Lightfoot that the police “don’t keep us safe! While they’re attacking a 2020 CPS graduates downtown, children were being shot tonight! A pregnant Womxn was shot & a 14 & 15y/o! You need to #DefundCPD now!“

A Sun-Times article published June 1, 2020 reports that Chicago had just experienced its “most violent weekend of 2020” following the deaths of 24 residents.

The head of the Chicago police union, John Catanzara, has asked President Trump to intervene in the volatile situation, as Trump has offered to mayors and governors of areas experiencing ongoing disturbances.  In his letter to the president, Catanzara said Lightfoot is “a complete failure who is either unwilling or unable to maintain law and order here.”