ANOTHER SIDE TO THE STORY 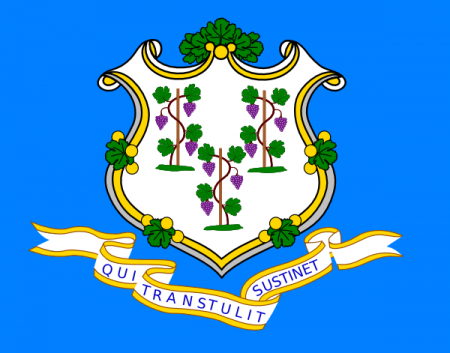 (May 22, 2020) — As The Post & Email was informed on Thursday evening by a local health district spokesman, Pawcatuck’s Modern Barber & Shave has taken legal action against Connecticut Gov. Ned Lamont for including barbershops and hairdressers on the list of businesses scheduled to reopen May 20, only to rescind that industry on May 18.

During its 10:00 PM news hour Thursday evening as well is on its website and YouTube channel (Wednesday), Fox 61 reported that owner Cat Thibodeau was issued a “cease-and-desist order” by the Ledge Light Health District after she opened for business on Wednesday morning.

Fox’s reporting directly contradicted an article by The Day of New London which said that Thibodeau did not, in fact, open her doors on Wednesday or Thursday.  The same article reported that she was served the order by a “federal marshal,” but The Post & Email was told by the health district’s spokesman that a state marshal was serving the papers Thursday.

The Day article has now been substantially rewritten to include information about the legal action and the document itself; stating that Thibodeau “was ordered to close her shop”; the language about the “federal marshal” removed from the caption; and with a second author added.

Confusingly, the article continues to say that Thibodeau “did not open the shop for a second day.”

On Friday morning at approximately 8:48 AM EDT, The Post & Email contacted the two writers of The Day article to ask the following:

Good morning, I note that you have substantially revised your article from Thursday with an update on Ms. Thibodeau’s legal action against Gov. Ned Lamont and the local health district.  You also removed the reference to a “federal marshal.” However, you continue to say that she was not open for business on Wednesday and Thursday. How, then, was the health district able to issue her a cease-and-desist order? Your reporting directly contradicts that of Fox 61, which said it had a reporter inside her shop Wednesday as she cut hair.

Could you please explain?

According to a statement from Thibodeau’s attorney, Frank Riccio, Lamont’s revised order not only accommodated hairdressers who felt that a May 20 opening was too soon, but also unfairly burdened those who had prepared their shops in keeping with state guidelines for a reopening on Wednesday.

Fox spelled the attorney’s name as both “Ricco” and “Riccio” but pronounced it “Rich-ee-o.”  If “Riccio” is the correct spelling, he is likely located in Bridgeport.

On Tuesday, Lamont announced that hair professionals would be authorized to reopen on June 1, coordinating the date with the governor of Rhode Island.

A Hartford Courant article on Monday about the delay for hairdressers and barbershops contained no opposing viewpoint, which was voiced at protests at the capitol on Wednesday from both hair professionals and dental hygienists. As shown in Fox 61’s video, some dental hygienists said they did not “feel safe” returning to work Wednesday because of dentists’ alleged non-adherence to the “guidelines.”

Likewise, on the potential reopening of religious institutions for traditional services, The Courant quoted only one religious leader who agreed with Lamont’s stance on limiting gatherings at this time.

The author did not respond to an email from this writer about the article’s one-sidedness.

On the same day, however, another Courant article reported something quite different.  “Lamont faced more criticism, this time for delaying the opening of barber shops and beauty parlors…Senate Republican leader Len Fasano of North Haven said Lamont did not take into account the views of salon and barbershop owners until after deciding on the May 20 opening date.” wrote Stephen Singer.

The Post & Email was unable to locate a website for the “Connecticut Beauty Association” reported in the first aforementioned Courant column as a group which “represents more than 3,600 hairdressers and barbers.”

On April 18, Fox 61 reported that a petition garnered 9,000 signatures “for licensed barbers, hairdressers and cosmetologists to be allowed to return to work by the end of April.” The link to the petition now leads to a Moveon.org page which states, “We’re sorry, this petition is not available.”