(May 12, 2020) — President Trump has been criticized for his response to the current corona “pandemic,” first for being “xenophobic” and “racist” for pointing out the truth that the virus originated in China, and taking action to stop its importation from China.  The scope and origination of the virus was covered up by both the Chinese communist government and the World Health Organization.  Then President Trump was criticized by democrats and their media propaganda machine for not doing enough nor responding soon enough.  Meanwhile, fuhrer obama did absolutely nothing in the face of two different outbreaks: the H1N1 (swine flu) in 2009 and the Ebola outbreak in 2014.  The propagandist media and the socialist democrats had nothing to say about the outbreaks of disease when obama was in office but have unfairly lambasted President Trump because they fear him, hate him, and seek to depose him.

The media has long been the propaganda arm of the New World Order globalists who inhabit the party of treason, generically called the democrat party.  President Trump took steps to mitigate the spread of corona, I believe, in hopes to both help stop the spread of the virus and to appease the leftists who seek to depose him.  I can only assume President Trump fails to see that appeasement never works.  The only way he is going to get them to back off is to totally surrender to their agenda of a global dictatorship with them in total control.

The leftists aren’t interested in truth or facts; they seek to impose their tyranny on We the People, but President Trump is standing in their way and trying to “drain the swamp” of people like pelosi, schumer, waters, schiff, feinstein, and the other corrupt democrats.  Sadly, most of the republicans hate him just as much because he isn’t one of them.  President Trump is one of We the People, filthy rich but still one of us, as he values liberty for citizens.  The gop establishment tried very hard to keep Trump from getting the nomination and just as hard to get the queen of corruption, hillary clinton, elected because they feared his swamp-draining would derail their New World Order plans as well.  The gop establishment wanted one of their own to get the nomination knowing citizens wouldn’t turn out to vote for a globalist and hillary would win and further their true agenda but Trump went to We the People with his plan and won an overwhelming victory despite widespread vote fraud by democrats.  The gop put mccain and romney up in 2008 and 2012 knowing conservatives could not vote for liberal traitors and that the clearly ineligible obama would win and implement their globalist agenda.  Fuhrer obama almost succeeded and hillary was expected to finish the job but Trump and We the People derailed their plan and the coup began.

I continue to pray daily that God will touch the hearts of citizens and draw them away from the satanic liberal agenda and bring them to Him so our nation can be saved from the destruction that is brought on by worship of false “gods.”  Secular humanism and Islam are an affront to Almighty God and He will not bless those who don’t honor Him.  I pray that people will turn away from their sin (2 Chronicles 7:14) and embrace Jesus Christ before it is too late to salvage America. 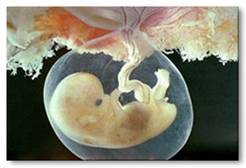 The scam of the severity of the coronavirus “pandemic” is designed to instill fear into citizens, blame President Trump for it, and usher in the New World Order dictatorship lusted for by leftists in our nation.  The corona isn’t any worse than the common flu and much less deadly than the darling death machine of the democrat party and their media propagandists, the abortion industry.  Abortion has been sold to liberal citizens as “a woman’s right to choose” whereas a woman having an unplanned baby and either keeping it or giving it up for adoption has been labeled as “immoral” by the leftists in the democrat party and their media propaganda allies.  According to God’s Word, the Holy Bible, a fetus is an unborn child of God, not “just a blob of tissue” as stated by the satanic left.

The anti-Trump forces are already laying the groundwork for their next attack on President Trump and liberty, saying there will be a resurgence of the “pandemic” if liberty is restored by opening businesses again.  States ruled over by democrats are the most repressive in the nation.  Michigan, ruled by the ultra-tyrannical governor whitmer, is suffering under unconstitutional stay-at-home edicts that provide for large fines and prison time for anyone violating her draconian tyranny.  The democrats desire to destroy our economy, sending money out of the country and putting hundreds of millions of dollars into their pockets and the pockets of their very wealthy donors.  Ivy League colleges, the richest of all upper-level education entities, have been given hundreds of millions of tax dollars, and relief for We the People has been blocked by the corrupt democrats until they got the graft money for themselves and their donors they demanded.  Unfortunately the establishment gop traitors went along with the graft payments rather than stand for taxpayers.