“THERE WAS NOTHING THERE TO FIND” 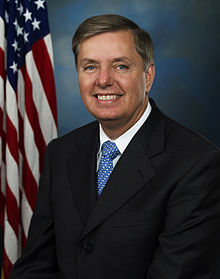 (May 6, 2020) — A longtime, self-described “supporter” of the Mueller investigation into the 2016 Trump campaign’s alleged “collusion” with Russian operatives said on Wednesday’s “Hannity” that he now considers the probe “illegitimate.”

Flynn was charged with one count of lying to the FBI during that encounter for which he accepted a “guilty” plea.  In January, with new counsel, Flynn filed a request to withdraw the plea.

In addition to Flynn, former Trump informal campaign advisers George Papadopoulos and Carter Page and former Trump campaign chairman Paul Manafort were probed by Mueller for possible “collusion” with Russia.  In October 2017, Papaopoulos pleaded “guilty” to one count of lying to the FBI, and last year Manafort received a 7½-year sentence on eight unrelated convictions.

The subject of four FISA surveillance warrants between October 2016 and August 2017 as an alleged “agent of a foreign power,” Page was never charged with a crime and is attempting to recover reputational damages from the Democratic National Committee (DNC) and its representative law firm, Perkins Coie.

Flynn’s conversations with then-Russian Ambassador to the U.S., Sergey Kislyak during the 2016-2017 presidential transition period were scrutinized by the FBI, with portions leaked to The Washington Post by as-yet unnamed government participants.  According to House Intelligence Committee Chairman Devin Nunes (R-CA22), as many as nine government officials leaked the substance of Flynn’s calls with Kislyak in “an absolute crime.”

On March 22, 2019, Mueller delivered his report on Trump-Russia “collusion” and alleged Russian election interference, nearly two years in the making, to Attorney General William Barr. Shortly thereafter, Barr released a summary of the report stating that Mueller’s team was unable to substantiate the allegations that anyone in the Trump campaign, nor any American, conspired with Russian operatives to interfere in the 2016 presidential election.

On the question of “obstruction of justice” on Trump’s part, Barr reported and the report revealed, Mueller’s team reached no conclusion.

On December 1, 2017, the day Flynn entered his original plea in court, The New York Times reported, “Mr. Flynn’s discussions with Sergey I. Kislyak, the Russian ambassador, were part of a coordinated effort by Mr. Trump’s aides to create foreign policy before they were in power, documents released as part of Mr. Flynn’s plea agreement show. Their efforts undermined the existing policy of President Barack Obama and flouted a warning from a senior Obama administration official to stop meddling in foreign affairs before the inauguration.”

Multiple reports say that Flynn accepted the plea in order to protect his son, Michael G. Flynn, from threatened prosecution in an off-the-record agreement with the Justice Department, documentation of which Powell continues to seek.

Powell maintains that Flynn is “not guilty” of any crime.

At the same time, Page was supplying information to another federal agency, a longstanding fact the FBI failed to report in its warrant applications to the FISA Court.   In January, FISA Court Presiding Judge James E. Boasberg declared the third and fourth Page applications, at a minimum, “not valid.”

“There was no legitimate reason to believe any of these four were working with the Russians on August the second, 2017,” Graham told Hannity of Page, Manafort, Papadopoulos and Flynn. “Therefore, the entire Mueller investigation was illegitimate to begin with…I supported the Mueller investigation because I didn’t know.  Now I know.  Now I know why Mueller didn’t find anything; there was nothing there to find.”

As he has in the past, Graham promised of the Judiciary Committee, “We’re going to have hearings.”