Report: “Nine Officials” Could be Involved in Flynn Leak 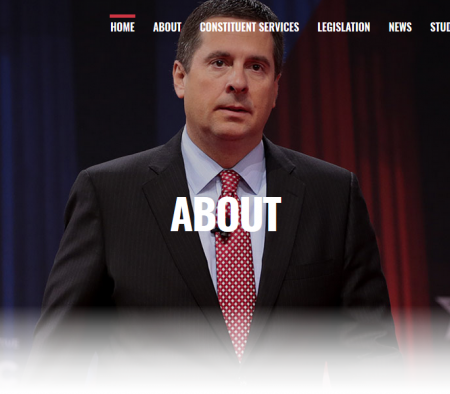 Flynn was fired in February 2017 after his late December 2016 conversation with then-Russian ambassador Sergey Kislyak was leaked to David Ignatius of The Washington Post, a crime which Nunes characterized as “the biggest leak in U.S. history” and which he said has not been prosecuted.

“It is an absolute crime.  They had nine individuals who supposedly told the mainstream news media; nothing was ever done to get to the bottom of that,” Nunes revealed for the first time.

The former chairman of the House Intelligence Committee and current ranking member, Nunes led the committee’s 2017-2018 investigation into whether or not anyone in the Trump campaign “colluded” with Russians to win the 2016 election. In a February 2, 2018 memo declassified by the White House, committee Republicans reported that they found no evidence to support the “collusion” allegation spawned by the FBI when it opened a counterintelligence probe during the campaign cycle.

Democrats on the panel disagreed, issued a contrary report also requiring declassification, and said at the time they would continue to investigate.

Later in 2017, Flynn was charged with lying to the FBI to which he entered a “guilty” plea.  He has not yet been sentenced reportedly because of his cooperation with Special Counsel Robert Mueller’s “collusion” investigation, assumed from the FBI and concluded in March, and possibly other federal investigations.

The Mueller investigation gave rise to Flynn’s prosecution and those of several other individuals with ties to the Trump campaign, although for “process” crimes or those unrelated to “collusion.”  In April Mueller’s report was made public, revealing that the 22-month, $35-million investigation found insufficient evidence of a Trump-Russia “conspiracy.”

Earlier on Thursday, Fox News and other sources reported that Flynn terminated his legal team and was poised to activate a new team of lawyers, spurring speculation that he might be considering changing his plea.  The date of his sentencing, which has been postponed for more than a year, has not been set, according to The Washington Post on Thursday.

On Thursday evening, The Washington Examiner reported that U.S. District Court Judge Emmet Sullivan denied Flynn’s attorneys’ motion to withdraw from the case because “it did not comply with local court rules and the attorneys’ ‘failure to indicate the manner in which the motion was served upon Mr. Flynn.'”

Hannity asked Carter if she believes Flynn will withdraw his plea.  She responded that she did not have definitive information on the question, adding,  “What’s important here is that there were nine individuals that apparently were senior government officials, and I would start with James Comey, Andrew McCabe, Peter Strzok, who actually conducted the interview with Michael Flynn in January (2017)…,” Carter said. “This is a highly, highly classified piece of information…”

All three of those Carter named are no longer at the FBI.  Former Director Comey was fired in May 2017, initiating Mueller’s hiring; McCabe was fired in March of last year after a DOJ inspector general’s report found he “lacked candor” in answering that office’s questions about media leaks; and former Deputy Assistant Director Strzok was fired last August after McCabe demoted him as a result of politically-charged text messages he sent to his then-paramour, FBI counsel to McCabe Lisa Page.

Page resigned from the Bureau in early May last year.

Throughout the week Carter has appeared on the show and reported on her website about an omission from a transcript quoted in the Mueller report between then-Trump attorney John Dowd and Flynn’s attorney, Robert Kelner, which the mainstream media seized upon as evidence that Dowd attempted to “obstruct” the Mueller investigation.

The full transcript was released by Sullivan’s order, showing that Dowd told Flynn attorney Robert Kelner that he was not asking for “confidential” information, contrary to initial news reports relying on the Mueller report’s text.

At the opening of the show, investigative journalist John Solomon of The Hill reported, based on his column released Thursday evening, that another significant omission in the Mueller report was made by its failure to identify a source the report said had Russian ties as a former U.S. State Department intelligence source.

“The cascade is coming; the avalanche will be here,” Hannity concluded his show, referring to a tranche of Russia-investigation-related information expected to be released by Attorney General William Barr once it is declassified.

Report: “Nine Officials” Could be Involved in Flynn Leak added on Thursday, June 6, 2019

One Response to "Report: “Nine Officials” Could be Involved in Flynn Leak"