(Apr. 29, 2020) — Scientists will tell you that there is no such thing as a perpetual-motion machine.  Just like the scientists who told us – erroneously – that predictions were that we could suffer in this country 2.2 million deaths from the Wuhan/COVID-19 virus, the “perpetual=motion denier” scientists are wrong.  They are wrong because they refuse to acknowledge and recognize the Democrat Hypocrisy Digger, or the “DHD.”  This device comes as close to a perpetual mechanical boring contrivance as yet invented by the human species.

The DHD has proven time and again that it will never stop.  Ever.  Once it completes one pit of hypocrisy – aided and abetted by the mainstream media acting as its incompetent and enabling construction-project managers – it moves on to the next building site, sets up and starts excavating another chasm of double-standard hypocrisy.  Talk about “shovel-ready,” the DHD will always show up to camouflage the truth when a Democrat needs to be shielded.  Always.

The latest proof of the existence of the DHD is now on full display as Joe (“C’mon-man- [sic], I-heard-you-liked-me”) Biden tries to navigate through the increasingly choppy waters of allegations of a sexual assault committed by him on one Tara Reade back when he was in the Senate and Reade was employed on his staff.  Reade’s allegations are precise and graphic and seem to be clearly corroborated by, among other things, a contemporaneous video clip of a CNN “Larry King Live” (ironic…, no?) segment from the time of the assault in 1993.

In the clip, a female caller from San Luis Obispo, California (where Tara Reade’s mother lived) asks King – and his panel of “experts” – what her daughter could do after having “problems” with a prominent Senator and being fired, other than going to the press.  One of the “experts” on King’s panel was one Lois Romano, at that time an editor, columnist and reporter for The Washington Post.  When King asked Romano whether the “daughter” should, as a “whistleblower,” go to the press, Romano answered, “Yes.”

In 2012, Romano left the WaPo and is now (according to the Internet… where everything, of course, is true….) works at Politico.  There, a recent post appeared addressing the Reade allegations.  The byline for the April 24, 2020 post is one Holly Otterbein.  In the post, Otterbein paraphrases Tara Reade’s allegations accusing Biden of “digitally penetrating her in 1993 without her consent.”  Rest assured, Otterbein’s term “digitally penetrating” does not refer to an inverted analog software operation.  Hmmmm… ya think maybe Mss. Otterbein and Romano might have chatted about the post before it appeared… or maybe after it appeared…?  Or maybe after they read this P&E post?  Just sayin’….

In fact, under criminal rape statutes enacted across the nation, the type of “penetration” described by Ms. Reade – however slight – constitutes rape.  While all rapes are also “sexual assaults,” not all sexual assaults are “rapes.”  A “groping” is a “sexual assault,” but it is not a “rape.”  By way of but one of thousands of examples of this rule, a California case – The People v. Paz – is illustrative of what constitutes “rape” in the context of “penetration” and the term “however slight.”  Mr. Paz’s conviction of rape was affirmed on appeal and he was sentenced to 70 years to life.

If what Tara Reade is accusing Joe Biden of having done is true – and let us accord to Biden that which the DHD gleefully denied to Supreme Court Justice Brett Kavanaugh, i.e., due process of law and a presumption of innocence – then what occurred in 1993 was not merely a “sexual assault,” but something far more serious.  Moreover, the fact that the statute of limitations may be a bar to any criminal prosecution now for a crime that occurred 27 years ago is irrelevant: Joe Biden is denying now that the event ever occurred. 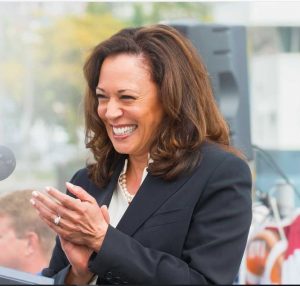 Oh…, and did I mention that the Paz case was prosecuted by one Kamala Harris, then-Attorney General of California?  Wait… is this the same Kamala Harris who is being considered by Joe Biden as a running mate (ineligible as she may be?)  Yes, Virginia, that is the same person.  One can only imagine a debate where Harris is asked what she thinks of Tara Reade’s allegations against Biden.

Oh…, wait.., we already know what Harris’s response would be.  When Tara Reade approached both Kamala Harris and Elizabeth Warren for help, she reports that they both “brushed off her claims,” the DHD at full throttle, turbocharger spinning at 100,000 RPM.

This post could go on for much longer, but if your IQ is above room temperature, you cannot avoid acknowledging that the hypocrisy of the Democrats continues unabated as the DHD bores ever deeper and Joe Biden’s chances of becoming president grow more remote.  That inevitable result became even more evident when Hillary (“BleachBit-What-BleachBit?”) Clinton planted her seal of approval on Biden’s candidacy, although, concededly, who better to validate a sexual predator’s candidacy than the spouse – she gave up the term “wife” long ago… – of a sexual predator?

There is now a petition movement gaining momentum to demand that Biden’s “private papers” secreted at the University of Delaware – which would include copies of the complaints that Tara Reade filed with her supervisors in the Senate in 1993 – be released.  Thus far, Biden has refused to authorize the release of these documents, which of course brings to mind the incisive observation of one Barack Hussein Obama, Jr.: “The only people who don’t want to disclose the truth are people with something to hide.”

Hey, Obama has gotten away (thus far) with refusing to disclose the bona fides of his birth (i.e., releasing the Kapi’Olani Hospital from HIPAA health privacy rules to allow confirmation of his purported birth there), so maybe Biden could try the same gambit.  After all, the truth of Reade’s allegations, if proved, could certainly damage Biden’s political health.

Once again, faithful P&E readers, vote the Democrats out of office in November.  All of them.  Maybe the perpetual-motion DHD will become a thing of the past…. we can only hope.