POLITICAL RULING CLASS TESTING HOW SHEEPISH CITIZENS ARE WHILE ENRICHING THEMSELVES

(Apr. 18, 2020) — I just read a very interesting article about a college professor in Israel who did a study on the different approaches to the coronavirus worldwide.  Instead of using “computer models,” he actually looked at real numbers and discovered the shutdown/social distancing doesn’t really make a difference.  Sweden didn’t shut the nation down and the virus hasn’t hit them any harder than it has hit America, which has been under virtual martial law for weeks.  Like the author of the linked article, I have said all along that the steps ordered by government were a scam, primarily designed, I believe, to intimidate people into cowering before government tyranny.

I am disappointed that President Trump so easily bought into the media hysteria hype but believe he did so in hopes of appeasing those on the left and in the leftist propaganda machine into backing off of him.  Needless to say, appeasement didn’t work for him, as it never has and never will.  The left only accepts total surrender to tyranny; no half-steps are accepted.  First they said he didn’t act fast or forcefully enough, but when he ramped up his response they said he was being hateful and racist for doing so, proof enough that he can’t please them because they hate him and only a total capitulation will do him any good, if even then.

I am even more disappointed in the reaction of American citizens.  Most of my activities have been suspended because the places I go are shut down, through no choice of mine.  I have been doing volunteer work at the Claremore Veterans Center but they shut all volunteers down at the very outset of the scam.  My other main activities involve attending church.  Two of the churches I attend have gone to online only, which doesn’t work for me, and the one I attend on Friday night has gone to parking lot only and sitting in my car, which is very weather-dependent.  I still go out and walk when it isn’t cold, windy, and/or raining and go to buy gas once a week.  I see people at the convenience stores where I get gas wearing masks and avoiding speaking to anyone.  The left’s goal of keeping people isolated from each other has been pretty effective.  At age 70 I am in one of the groups that is allegedly highly susceptible to the virus, but I trust Almighty God to take care of me and won’t be stampeded into fear by those who follow satan.

President Trump has said he is going to ease or drop the federal isolation scam and leave it to governors to either continue the unconstitutional restrictions on our right to peaceably assemble or to be so kind as to allow citizens to live in liberty.  I have no doubt that President Trump will be criticized for dropping restrictions and actually allowing us to be free as the Constitution calls for.  States run by democrats will most likely continue or ramp up the tyranny while republican-governed states will probably go back to following the Constitution.  As I wrote in a previous article, politicians can suggest, recommend, or ask people to stay home or keep their distance, but ordering it is a violation of our rights.  Sadly, we are seeing that most people will do as they are ordered, the very situation tyrants want to see. 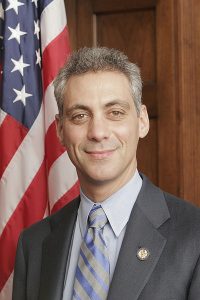 I believe this corona scam is designed precisely to gauge how hard/easy it will be to impose the New World Order global dictatorship on the people of Planet Earth.  Several democrats have openly called for the one-world government to be imposed during the current “pandemic.”  Bill Gates is using this hysteria to make even more money, as if he isn’t rich enough already, and several politicians are also using this to pad their wealth.  The political ruling class uses fear to help themselves in gaining both wealth and power.  It was fuhrer obama henchman rahm emanuel who said “never let a crisis go to waste” and they don’t.  They make mountains out of molehills, with the help of their propagandists in the media, in order to benefit themselves.

In some democrat-run states Christians have been arrested or given tickets for attending church services, even though they are following the “separation guidelines” mandated by the tyrants.  They don’t have to hit every church; just getting one has been enough to get the rest to fall into line.  This is the worst part of it to me, seeing worship services being cancelled or impaired by voluntary compliance with satanic orders.  If satan can intimidate the church into compliance with his agenda this nation is in serious trouble.  The bottom line of this scam is more money and control going to the political ruling class.

I haven’t changed anything that I have any control over, and won’t just because of media-hyped irrational fear.  I am partially disabled from a stroke so my activities are limited by my physical status but not any more than I can help.  I wonder why abortion clinics and liquor stores are “essential” but churches are not.  That sounds like satan’s agenda being vigorously enforced by the leftists (democrats) in government.  I just saw an article that stated Attorney General William Barr came out and directly said that what democrat governors are doing is a violation of the Constitution.  That won’t win him any friends in the democrat party or the propagandists in the media, not that they care.

Democrats, from congress down to mayors, have violated the constitution with edicts that violate the rights of We the People, including our right to worship of Almighty God.  The democrat party denies the existence of God, believing instead that they are themselves gods.  One day they will reap what they sow.  When Jesus comes back, as foretold in the Holy Bible, these self-proclaimed “gods” will find out that not only are they not “gods,” but they also will spend eternity with their “god,” satan.

One Response to "Corona Hysteria Ushering in New World Order"