I’ve Got Something to Say

“ON MY FIGHTIN’ SIDE”

So look at it this way:  President Trump is the Captain of our ship; the Ship of State; the USA. Sometimes you get a good Captain and sometimes you get total incompetence, like Obama, aka Barry Soetoro, who never should’ve been at the helm, thanks to Howard Dean and Nancy Pelosi, and every Secretary of State and county Election Board Supervisor who allowed Obama’s name to be on the ballot.

Take it from someone who has been there and done that, no matter who the Captain is you have to pull together in times of crisis, like when the ship takes on water. You want to get someone’s attention in a hurry? Put that person on a ship and put that ship in the middle of the ocean and tell that person the ship is sinking.

And, in a manner of speaking, we’re on a ship and, guess what? Our ship is sinking, but not because of an epidemic, a pandemic, or because our citizens are anemic voters; no, we’re sinking because half the crew doesn’t give a hoot whether we sink or not. That’s right; Pelosi and her Dem cohorts don’t give a hoot whether your family drowns, but I care.

Many of our politicians, who are manning the lifeboats, show favoritism to illegal immigrants and Muslims; the heck with our own homeless population. These deny-reality idiots give out apartments to Muslims but not to our homeless Veterans and I, for one, are sick of it; really sick of it.

The do-gooders hand out drugs and needles to our homeless to keep them zonked-out. They keep the pot shops open but close any store that has anything to do with the Second Amendment. I’m just not buying into that kind of hype. I’m not buying whatever they’re selling, which is to keep the population as stupid as possible.

I’m not buying into the television commercials, not necessarily the product per se, but the charade behind the screen. I believe in subliminal manipulation of the mind, the indoctrination of our children to despise America, and propaganda as a substitute for truth. There are no better examples than Whoopi Goldberg, Hanoi Jane, Christiane Amanpour, Cher, Rachael Maddow, and all the other loons who have yet to apologize for wasting three years on Russian Collusion and the current hoax they’re pushing today – that Trump is personally responsible for the coronavirus, and the next hoax. They just never learn; led around as if they have a ring in their nose.

So they waste their lives believing in Socialism, but, unfortunately, other dimwits follow: isn’t it better when everybody bails? Of course it is, so it follows those who impede our bailing efforts to keep our country afloat should be regarded as nothing more than flotsam, just as how we must regard DACA freeloaders, illegal immigrants and Muslims.

If it’s not for giving half of the United States to Mexico or making all the USA under Sharia Law by trashing the Constitution, one way or the other, the Dems want to take our guns. You want to sugarcoat it, go ahead, but don’t try that childish trick around me because I’m just not buying into the hype that they’re selling, and you shouldn’t, either.

My brother is an Obot and he thinks I have guns for hunting. Guess what? I don’t hunt. 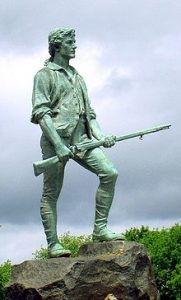 Once we’ve lost our guns, we’ve lost our country. Pelosi and like-minded anti-Constitutionalists will stop at absolutely nothing to destroy our country by ousting Trump, if not by a hoax, than by voter fraud. In 2008 and again in 2012, Obama’s name was on the ballot, so what do you honestly think the chances are that the votes will be counted fairly in 2020, besides ZERO?

I’m voting for Trump: once. If I’m offered the opportunity to vote more than once for Trump I will not, because I believe in the Constitution that each of us must follow, and those that don’t are on my fightin’ side.

The sad truth is that the voters in California should have recalled Pelosi years ago; issued indictments against her for enrichment at the public’s expense; backing legislation that benefited her husband’s business at the expense of the public; and incendiary speeches that have no iin fact but are designed to stir up the gullible, the stupid, and the dimwitted, people such as Whoopi Goldberg, Hanoi Jane, Cristiane Amanpour, Cher, Rachel Maddow and all the other Dems who wish Trump, and by default, each of us, harm.

[Just a word to the wise: paybacks are a, well, you know.]