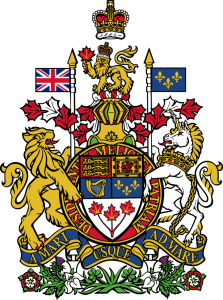 Sophie Grégoire Trudeau had reportedly attended an event in the UK and experienced symptoms after returning home, the CBC reported.

The UK is the one European country which President Trump said would not be included in a 30-day travel ban announced on Wednesday evening during an address to the nation.  Earlier on Thursday, Trump met with Irish Prime Minister Leo Varadkar for the annual Shamrock Bowl gifting which takes place in close proximity to St. Patrick’s Day each year at the White House.

On Thursday evening, Mrs. Trudeau tweeted that she was having “uncomfortable symptoms” but was concerned for “other Canadian families who might be going through this and for those facing more serious health concerns.”

The prime minister is exhibiting no symptoms, the BBC reported, and his wife is improving.  He will be addressing Canadians publicly on Friday, the CBC reported.

The novel coronavirus, or COVID-19, emanated in Wuhan, Hubei Province, China in December and has spread to 125 countries.  As of “mid-day Thursday,” Canada was reporting one death from the virus.

As in the United States, many sports events and public meetings have been canceled due to the outbreak.

Canadian Prime Minister in Isolation Due to Coronavirus added on Friday, March 13, 2020