“WE’RE NOT IN KANSAS ANYMORE” 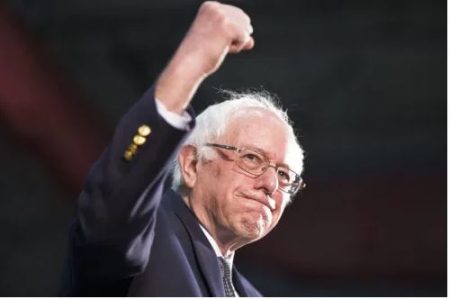 Hodgkinson, a far-left Democrat Party activist “highly critical of Republicans and President Trump” was a volunteer who worked on Bernie Sanders’ 2016 presidential campaign in Iowa.

“[I]f Bernie doesn’t get the nomination or it goes to a second round at the DNC Convention, f*cking Milwaukee will burn. It’ll start in Milwaukee and then … when the police push back on that, other cities will just f*cking [explode]. …Yeah, I mean, we don’t have a lot of time left. We have to f*cking save, like, human civilization ”— Kyle Jurek, field organizer for Bernie Sanders’ 2020 campaign for President

In the undercover videos, Jurek promises there will be violence if Sanders isn’t nominated on the first round at the DNC Convention.

“Remember what happened when McGovern got f**ked in Chicago … ? Riots. F**king people getting beaten by the cops. The cops are gonna be the ones that are getting f**king beaten in Milwaukee. They’re gonna call up the national guard for that s**t. I promise you that.”

Like Stalin, Jurek has few qualms when it comes to breaking the proverbial eggs for the omelet.

“The only thing that fascists [the GOP and Trump] understand is violence. So the only way to confront them is with violence. … There are things that are more important than the rule of law in the United States, when it comes down to the existence of the human race.” — Kyle Jurek

If Jurek is to be believed, he’s not the only far-left extremist staffer working for the Sanders campaign in Iowa. Jurek identifies four additional fellow travelers and “a lot” of Antifa members in Sanders’ Iowa campaign who are “definitely further left than the Democratic Socialists” who support Sanders.

According to the second video released by Project Veritas “#Expose2020 – PART II: Sanders Staffer ‘There Are Things More Important Than the Rule of Law in USA’”, people who claim to know Jurek say that he is dangerous and becoming more radicalized, and that they worry he might try to assassinate President Trump.

For the most part, the major media and the punditry on television and talk radio have done a gross disservice to the American people by either ignoring or downplaying these two undercover videos.

Everyone should watch these videos so they know just how extremely dangerous people like Jurek are to the American people, the nation’s Constitution, and its republican form of government.

It’s clear from the videos that Jurek is a communist revolutionary and a would-be terrorist. If he were a staffer on any Republican campaign, major media and its punditry would make Jurek a household name and the Veritas videos would go viral on the Internet and be playing ad nauseam on the alphabet channels’ radio and television networks.

Then again, we all know that we’re not in Kansas anymore. Don’t we?

Are Sanders’ Campaigns a Breeding Ground for Leftist Revolutionaries and Would-be Assassins? added on Thursday, January 16, 2020

One Response to "Are Sanders’ Campaigns a Breeding Ground for Leftist Revolutionaries and Would-be Assassins?"