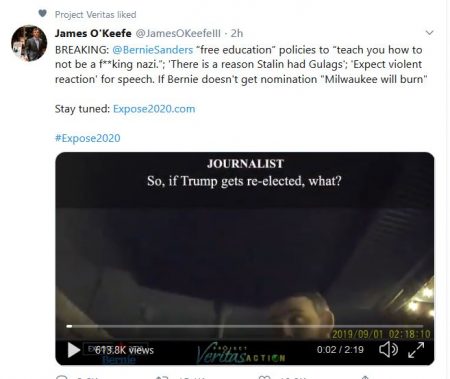 (Jan. 14, 2020) — A tweet and video clip released at approximately 10:30 AM Tuesday by James O’Keefe of Project Veritas indicates that it noon, the “guerilla journalist” will be publishing material in which “you won’t believe your ears.”

The video, which contains strong and offensive language, depicts a Bernie Sanders campaign “field organizer” speaking about “reeducating” Americans to prevent them from becoming “Nazis” and indicates that Sanders’s “free education” advocacy embraces that philosophy.

Additionally, the hidden camera of O’Keefe’s journalist’s caught the organizer saying that Sanders does not receive the nomination at this summer’s Democratic National convention in Milwaukee, the city “will ________ burn.”

Other cities in the United States would follow suit, the campaign worker said.

As of 11:54 AM on Tuesday, “Project Veritas” is trending in first place on Twitter. 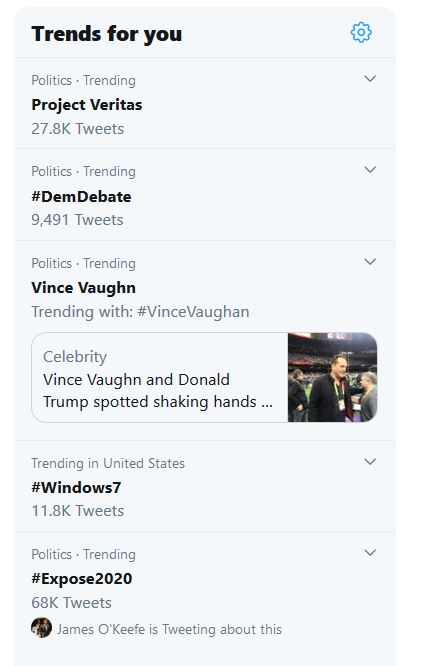