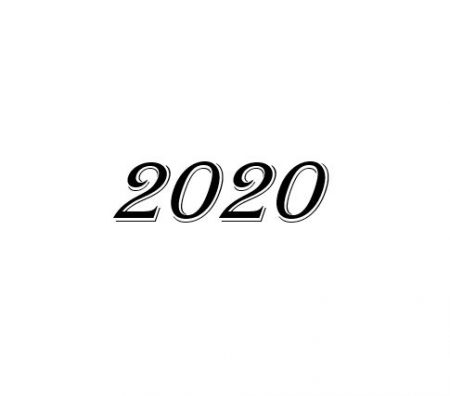 (Dec. 31, 2019) — “Good evening, ladies and gentlemen, and welcome to Madam Shylock‘s Fortune-Telling Emporium, located in Cassadaga, Florida, the land of the Spanish moss. So our editor took pity on us hard-working stiffs and sent us down for a couple of days in the sun, a break from the grey skies that were surely needed. We’re at the table and the cloth has just been removed from the crystal ball, so we’ll get the show on the road. Madam Shylock, thank you for seeing us at such short notice.”

“Here’s the envelope that was given me as we got on the bus; I hope it’s enough.”

“Thank you and it is. And before you ask your first question and I start the clock, it’ll be another landslide for Trump unless the Democrats can lower the voting age to nine, voter ID is not required, illegal immigrants and felons are allowed to vote, and dead people can have the last word.”

“Will we see more anti-Semitism?”

“Did Trump get elected? He went for the Electoral College vote, not the popular one. He didn’t campaign in New York and California, the Land of the Fake News; he campaigned in the flyover states; the Mom & Pops; the colleges and universities where Socialism isn’t taught as an alternative.”

“What about all of this violence, these knifings and shootings?”

“Yes, my late mother watched CNN and that was it; no wonder she was bonkers. I never could figure out why she would want people on Welfare and Food Stamps until I visited her for a couple of days and then it was CNN from morning until bedtime. Drove me bonkers so I checked in at a motel for the rest of my visit. Saved my sanity, is what I did.”

“People still believe in Russian Collusion, but what was never explained to them was that there was collusion, but it was to get Hillary elected, not Trump.  Had the Mueller report focused on the truth, Hillary, Obama, Holder and Lynch would all be rotting their carcasses down in GITMO.”

“So what’s wrong with that?”

“Nothing, but the stupids can’t figure it out. Look, if the stupids couldn’t figure out Benghazi or Uranium One, what chance do you think they have of figuring out that the only government statistic that is meaningful is how many of us are on Food Stamps?”

“But it’s not that difficult, or is it?”

“No, it’s not, but try explaining the facts of life to a Democrat; good luck. I mean, if they can’t figure out the thousand-and-one ways of birth control, what chance do they have of ever being pro-life?”

“You suppose right. Now you asked about 2020, so I’ll come right out and say it: buy stock in any company that deals in weapons of self-defense, such as lightweight revolvers and such. And don’t patronize shooting ranges that have signs that read ‘NO HEAD SHOTS.’ In the real world, if you pull it you mean it, okay?”

“Works for me and my crew. We’re all armed, gun-free zone or not.”

“That was a really good answer, Roving, so I’ll think about giving you a free reading next year. Now, getting back to predicting the future. Our government education system relies more on fantasy than reality; we’re learning to be more like the Chinese, just look at all those so-called “grooming” gadgets that remove our hair; we’re witnessing the death of the Bible, as if the Golden Rule is the real enemy and not common sense; and we’re being told to accept rather than question.”

“So we’re being dumbed-down?”

“But slim means there’s at least something, isn’t there?”

“Not as long as the Joint Chiefs of Staff allow Muslims to kill our troops, there isn’t.”

“Like what happened when a US Army Muslim soldier rolled a grenade in a tent at Camp Pennsylvania, Kuwait, in 2003? What about Fort Hood in 2009? That’s not called war; it’s called sacrificing our troops for some reckless sense of accepting Islam as a religion instead of a political philosophy that is Totalitarian in nature and that controls its adherents through sleep deprivation with a veneer of religion.”

“So will anything change? Will the Joint Chiefs of Staff follow their Oath to defend the Constitution?”

“Yes, I see your point. Well, folks, that’s what she said, so we’ll be signing off and so, on behalf of the crew, I’ll be wishing you all a Happy New Year and a goodnight: Goodnight.

“Dire predictions, wouldn’t you say? But at least she spoke the truth. Burger time: my treat.”