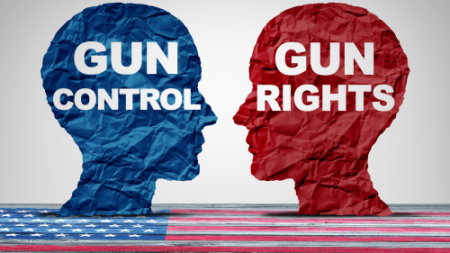 (Dec. 18, 2019) — “Laws that forbid the carrying of arms . . . make things worse for the assaulted and better for the assailants; they serve rather to encourage than to prevent homicides, for an unarmed man may be attacked with greater confidence than an armed man.” — Thomas Jefferson

A Democrat-led legislature in Massachusetts intends to pass legislation (H 2005) that would force doctors in the state to identify patients who have guns in their homes, and to target them for gun confiscation under the state’s “Red Flag” statute.

“In the midst of a Democrat-led, multi-state assault on the right to keep and bear arms comes this. A Massachusetts politician has proposed a bill to mandate that doctors in the state “screen” patients for gun ownership, and then report owners to the state for possible targeting by red flag statues.” — Gardner Goldsmith, MRC TV

The Boston lawmaker’s proposed bill empowers doctors to treat gun ownership like a disease and gun violence as a public health concern.

“We know that gun safety is a public health issue. As such, doctors are uniquely positioned to help prevent gun-related injury and death.” — Marty Martinez, Boston Health and Human Services Chief

“Simply put, not only the bill, but the terminology used shows the disdain for simply exercising our civil rights in the Commonwealth.” — Gun Owners Action League, website post

Although some community health centers in the state already question patients about gun ownership and guns in the home, Massachusetts does not have a formal firearm screening program and the state guidelines to implement it.

Currently no other state has similar policies in place to implement a gun-question screening program, and no details have been provided explaining just how the newly proposed screening program would work.