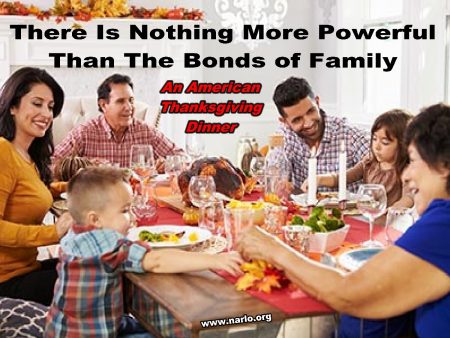 (Nov. 27, 2019) — “What the Founding Fathers created in the Constitution is the most magnificent government on the face of the Earth, and the reason is this: because it was intended to preserve the American society and the American spirit, not to transform it or destroy it.”   — Mark Levin

I jerked awake as the first sergeant burst through the barracks door and blew his whistle for us to hit the floor at “O” dark 30.  He screamed, “Line up in single file and make it quick.”  Then he blew that irritating whistle again, and again, and again!  I wanted to throttle that whistle and shove it where the sun doesn’t shine.  But the question that jumped instantly in my mind, as I strained to reach consciousness, was how the heck did I get here, and my second question was, “Where are my glasses?” I can’t see a darn thing!

Yesterday I was sitting in my office composing another article, when all of a sudden I’m in boot camp with a bunch of other young, naïve lost souls, being herded around like a flock of sheep.

I remember, without a great deal of reverence, boot camp as an Army draftee almost 60 years ago.  But coming from a long line of mavericks (it has been reported that one of my great-great-greats ran with the Dalton Gang in Kansas), I objected strenuously to all the rules and regulations of Army life, and I objected even more to some idiot sergeant, or shavetail lieutenant, interminably screaming orders in my ear, at a decibel level just short of a roaring freight train.

After boot camp I eventually was assigned to a Missile Master Site outside of Chicago.  How I survived two years in the Army is anyone’s guess, and it is only by the grace of Providence I didn’t end up in the stockade for my whole tour of duty.  I was forever forgetting to salute an officer or wear my hat when outdoors.  I constantly questioned orders.  One captain was so annoyed with my antics he threatened to send me to Viet Nam.   But he didn’t succeed because the colonel, a maverick himself, was sympathetic to my individuality and actually gave me a promotion to sergeant, just before I was discharged on October 31st, 1962 during President Kennedy’s Naval blockade of Cuba.  Very few soldiers get a promotion 45 days before being discharged without being requested to re-up.  Just lucky, I guess.

Nevertheless, this is in no way to demean those who serve in our armed forces.  Where would America be today without them?  Some people do well in a heavily-disciplined environment.  I just wasn’t one of them.

Ever since I was born, I haven’t taken instructions very well.  Just ask my parents, God rest their souls.  Because, you see, deep in my heart and mind, I am a free spirit and it is “I” that directs my life; not a first sergeant, not a boss and definitely not the government!  A wife…..?  Maybe!  Perhaps that is why I have been self-employed most of my life.  If I had been born in early pioneer days, I probably would have been a mountain man.

In retrospect, my Army experience was not all bad.  It led to a wife of 57 years, two great kids ….. now very productive adults and three grandchildren who we adore.  All of them have that free, entrepreneurial spirit that was spawned by their father and now their grandfather.

But I digress.  Let’s return to the Army barracks.  As the reality of this unbelievable situation began to set in, I realized that I wasn’t supposed to be there.  In fact, I became acutely aware that this whole unfolding episode was a dream, if not a nightmare.  I also knew emphatically that I wanted out of this dream very badly.  So with great effort and a spark from my free spirit, I abruptly awoke from the dream that was taking me where I didn’t want to go.

Too many Americans have buried their adventurism to explore and seek out new things and new experiences, even if that exploration carried with it unknown risks.  We forgot about all those who gave their lives, their limbs and their minds to preserve, protect and defend our hard-won heritage of freedom and liberty.  We forgot that a government left to its own resources would eventually enslave the very people that were and are its solemn duty to defend and protect.

Instead of relying on our own individuality, prowess, self-confidence and self-reliance supposedly taught to us by our wise parents, we eagerly jumped on the government freight train that offered a “free” lunch and phantom security.  But government purposely failed to disclose that the “free” lunch and security came with an incalculable price and that the train we were on was headed straight for he** and abject slavery.

Americans are a strange lot.  They will take he** and damnation and even insane regulations up to a point and then some event, some injustice, some travesty, some flash point, will awaken them from their dream and trigger their anger and their wrath.  From that anger, their free spirit will rise out of the depths of obscurity to confront the enemy they have been ignoring for far too long.

When these Americans coalesce in a single purpose to confront the foreign or domestic enemy under the power of their indomitable free spirit, the enemy would be wise to retreat.  And don’t think for one minute that our foreign enemies aren’t aware of this free spirit that lives under the umbrella of liberty, where there is a “gun behind every blade of grass” (Japanese Admiral Yamamoto – World War II).  It is what they fear and why they hate us so, and why they want to destroy us.  And don’t think for one minute that our domestic enemies won’t do everything they can to break our free spirit, for they have tasted their growing power and will not let go of it easily.  They are very close to enslaving the very people government was sworn to preserve and protect.

True freedom allows a free spirit to grow, strengthen and prosper.  Liberty allows that spirit to create new things, imagine new horizons and take calculated risks in order to better the human condition, or explore our fascinating and expanding universe, or the depths of quantum weirdness.  A free spirit resists with all of its might any attempts to squash or impede it.  A free spirit can only be enslaved in body, but never in mind.  A free spirit is like bubbles in the sea that always rise to the surface in search of freedom in the open air and the release of the watery shackles that hold it captive.  A free spirit is a government’s or a dictator’s worst nightmare.

In our efforts to awaken that free spirit in Americans, we have found that actually, it is not only alive and well, but it is growing, especially since Trump was elected President.  Freedom is infectious and cannot be held in chains for very long.  Be not afraid; do not despair or feel that you have lost your power, for it is the power of the free spirit and the goodness that lives in the heart and mind of each individual American and the unbreakable bond of families that will solve our problems, right our wrongs and reclaim our constitutional freedom.

On this Thanksgiving Day, where we express our gratitude for all the good things we have, we ask that you wake up from your dream, as we had to do, and activate your free spirit.  Join the ranks of those of us who seek freedom, no matter what the cost, because freedom is the natural order.  It is also your solemn duty to preserve and defend freedom and liberty for your children and grandchildren so that it will survive and flourish in perpetuity.

In spite of all of our individual and collective faults, there is a “great good” that exists in a very large number of Americans.  That good is personified in a wide range of human traits and behavior including private and public achievement, sacrifice, industry, creativity, empathy, generosity, spontaneous volunteerism and spirit, either as individuals, or as a society.   Unfortunately, due to the “distorted window” through which we view our information, that “great good” in us seems to be eclipsed by an overzealous emphasis on that which appears to be “bad” within us.

Thanksgiving should kindle that great good within us and make us proud of being Americans.  We should be forever grateful for our families, our freedom and our prosperity and for the sacrifices of those brave souls who gave their lives, limbs and minds to preserve what we hold so dear.

Remember, you are an American.  The blood of heroes and patriots courses through your arteries and veins.  Millions of men and women have paid the ultimate sacrifice and many have been maimed for life so that you can stand free on a new continent, where freedom was born.

You are the descendants of those whose spine was stiffened by courage when their country called or evil raised its ugly head.  You are the direct lineage of the men and women whose intellect and fortitude carried them to new heights and made America the greatest, proudest, industrious, creative, productive and most generous nation on Earth.  You are the sons, daughters, grandsons and granddaughters of those who stood up to tyranny, no matter what the cost.  The genes of creators, inventors, hard workers, the educated, the warriors and those in service to others are an integral part of your DNA, and it lies dormant in your being until it is called upon to do good ….. or destroy evil.

High tension is in the air and changes are riding on the wind like we have never seen.  There is a grand awakening, and those who have perpetrated the destruction of America grow nervous.  They are fighting back to maintain their power, but their actions are taking on the sour smell of desperation and their power is showing signs of weakening as the rising crescendo of the American spirit and patriotism echoes across the fruited plains and reverberates through the canyons and valleys of our mighty mountains ….. from sea to shining sea.  Our domestic enemies are on the defensive and as the crescendo rises even more, they will eventually be on the run.  We WILL reclaim a free America!

Yes, the “American free spirit IS alive and well on this Thanksgiving Day.”

Today, make a vow that, “You Will Never Surrender To A Democrat Aristocracy.”

Is The American Spirit Alive and Well This Thanksgiving? added on Wednesday, November 27, 2019