“BACKSTABBERS IN THE PENTAGON” 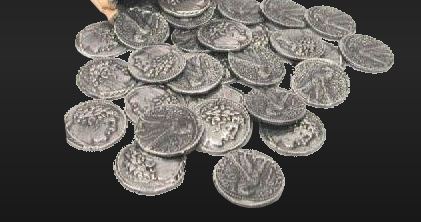 (Nov. 22, 2019) — “Good evening, ladies and gentlemen, and welcome to ‘The Pulse of the Nation,’ your respite from the chaos of the world. Today we’re going to tackle a rather delicate subject – a rather unique one at that – where we have to be circumspect due to the subject matter, and without further ado, I’ll turn it over to Bishop Dunkin, the founder of the Zombie Army.”

“Thank you, Mr. Roving, for giving us the opportunity to express our deep-felt appreciation to be able to use ‘Pulse’ as the vehicle to get our message across to many of our unreachables, the shut-ins, and the isolated – by choice or otherwise — among us.

“Now, to get started, welcome to our humble church on Hawthorn Street, where many of us have been meeting at this time for the past few years, but the ridiculous antics of the real deplorables in Washington has forced our hand to go nationwide, hence the reason why I’m at my pulpit and the cameras are rolling from the balcony.

“What we have here is the core group of what we call our Army, not only of Veterans who are handicapped in some way, but regular like-minded citizens who care deeply for our country and have had it up to here about the dangerous talk from Washington, namely, trashing our way of life, our country and our Constitution.

“We have no Oath, no ‘raise your right hand’ ceremony for admission; all you got to be is a patriot and not some Johnny-come-lately who sticks his nose in our business without knowing diddly and we’re supposed to pay attention.

“Well, I’m sorry, but the likes of the Cortezes, the Omars, Schiffs, Pocahontases and Pelosis, the Mitt Romneys and the other RINOs have gone over the edge of acceptable behavior and speech that is TOTALLY unacceptable to this congregation, a congregation not of religious fanatics, not of nut cases, but of people who’ve had it, really had it, and are willing to put their foot where their mouth is.

“Many of us are missing limbs, but the majority are not; many suffer from PTSD in some way, and in some instances caused by the circus as presented by the news from our nation’s capital, and not having served in our military in combat; but the overwhelming majority of us are just regular folk who, as I’ve said, are fed-up with the way our government is destroying itself for, mostly, the very same thirty pieces of silver that Judas took for his betrayal.

“Yes, I’m speaking to the Catholic Charities and all the other despicable institutions making money off human trafficking. I’m talking about the misuse of the word ‘migrant’ when, in fact, it’s a way to change our country through the sheer numbers of votes, votes that will someday introduce Sharia Law and, by doing so, trash our Constitution.

“Islamophobia is a made-up word that has no meaning; one of the ‘world’s great religions’ is a made-up phrase; and, perhaps the most abused word of late, migrant, tops them all as being the most duplicitous yet invented: invaders, by no stretch of the imagination, can be considered beneficial to those who are being run-over, trodden, and stomped on to the point of censorship (Hey! sounds like us, doesn’t it?).

“Just because the floodgates were open to the illegal invaders from the south or welcoming Muslims from the east does not mean that all who came cannot be put back, sent back, and kicked out, booted out and sent away by whatever means that would be most cost-effective and expedient for us.

“The people in this room are here because, as the Muslims figured out – which is why they are reproducing at an unbelievable pace — numbers have meaning. And no, I’m not counting showing up at the voting booth: I’m talking about a well-armed Militia, and we are it. We are the people; we are the defenders; and we have a purpose to defend our homeland, because sure as shootin’, our government has let us down.

“Supporting our president is just a piece of the puzzle, as we are also an integral piece. Many of us are, face it, getting old or already are but don’t know it. Many of us have a killing disease, maybe cancer; maybe we’ve given up on life and are looking for some meaning: well, folks, you’ve come to the right place.

“That’s right; we call ourselves the Zombie Army because that’s who we are: people on their way out but are willing to die for a cause worth believing in. We are armed; we are becoming stronger – thanks to the anti-American Democrats – by necessity driven by this talk of Socialism, as if it’s not Communism but just a group of do-gooders that care about you and me. Fat chance. Face it, there’s no such animal as a benevolent dictator; never has been; never will. 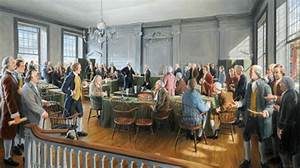 “Socialism has never been successful and never will: freedom erodes and, once gone, the only way to regain it is by bloodshed and death. Most of us in this room have seen bloodshed and death. Reminds me of our Founding Fathers: each had a price on their heads, and if the Revolutionary War would’ve been lost, each of them would have been hung by the neck until dead.

“We’re in it for keeps, the question is, are you? And please sing The Lord’s Prayer as we salute the colors*.

“And so, on behalf of the crew, this is your Roving Reporter wishing each of you a goodnight: Goodnight.

[*colors: our flag that we salute with pride and honor.]

[A footnote from OPOVV: just sayin’, I didn’t put my life on the line for Omar and Romney and Pelosi to destroy what I paid a price for, and I don’t believe any of you out there did, either. This Zombie Army is for real and we have one big advantage: we don’t have any of the backstabbers in the Pentagon looking over our shoulders, and for those of you in the know, you know exactly what I’m talking about.]

One Response to "The REAL Zombie Army (RR)"