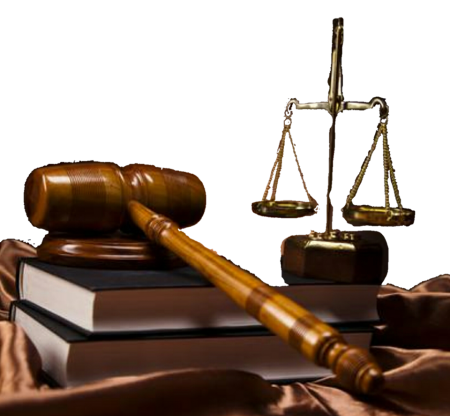 (Nov. 16, 2019) — On Friday, Roger Stone, a political operative who had worked with Presidents Richard Nixon, Ronald Reagan and Donald Trump, was convicted by a federal jury on seven counts ranging from lying to Congress to obstruction of justice to witness tampering. His sentencing will take place on February 6, 2020 and Stone could face up to 50 years in prison.

Prosecutors argued that Stone pressured radio talk show host Randy Credico not to testify before the House Intelligence Committee, which was investigating Russian interference in the 2016 election. Stone claimed that Credico was his source for WikiLeaks information, but the talk show host later admitted he lied about his contacts. Credico boasted that he supplied investigative reporter Michael Isikoff “disinformation” and “phony emails” for a book about the investigation into Russian tampering with the 2016 election.

Credico is a liberal talk show host, who admitted after the verdict that he feels “horrible” that Stone may go to prison “because of me.” Prosecutors targeted Stone for supposed efforts to gather information for the Trump campaign from WikiLeaks about the hacking of Democratic National Committee (DNC) computers. Stone’s defense team noted that he never established any connection with WikiLeaks, so he had no real information to provide to the campaign.

Stone was not allowed by Judge Amy Berman Jackson, appointed to the bench by former President Barack Obama, to demand proof that Russia did indeed hack the DNC computers. Federal prosecutors working with Special Counsel Robert Mueller contended that Russia accessed DNC computers and released damaging emails to thwart the presidential campaign of Hillary Clinton. Stone asked to see the report from Crowdstrike, a cyber security firm, that inspected the DNC computers and determined the Russians infiltrated their network. Attorneys for Stone contended that if the Russians did not hack the DNC computers, the case against Stone would have had to be dismissed.

Stone was convicted by a jury that convened in Washington D.C., a city where 96% of the voters supported Hillary Clinton in the 2016 presidential election. Stone joins other Trump associates such as former Campaign Chairman Paul Manafort, former National Security Adviser Michael Flynn, and former foreign policy aide George Papadopoulos who have faced prosecution. All of them were targeted by prosecutors working for former Special Counsel Robert Mueller.

While Stone, Manafort and other Trump operatives have been convicted, those working with the “Deep State” never seem to face any legal trouble. Former FBI Director James Comey and Deputy Director Andrew McCabe clearly lied on multiple occasions, yet neither of them has faced any charges. Even though the Department of Justice Inspector General Michael Horowitz has made a criminal referral for McCabe, federal prosecutors at the U.S. attorney’s office in Washington D.C., have not acted.

Hillary Clinton transmitted top secret information on her “home brew” computer, yet she was not charged because former FBI Director James Comey maintained there was supposedly no “intent” to commit a crime. It remains to be seen how she could direct her phones to be destroyed by hammers and her computers to be wiped clean with “Bleachbit” and there be no criminal intent.

While the President is facing an outrageous impeachment spectacle for his interactions with his Ukrainian counterpart, Hunter Biden has been able to evade prosecution despite his suspicious and lucrative consulting deals in Ukraine and other countries. In Ukraine, Biden was hired by Burisma Holdings and paid over $50,000 per month despite his lack of knowledge of the industry and the country or its language. Obviously Burisma was interested in Hunter Biden solely due to his famous father, former Vice President Joe Biden.

While Vice President, Joe Biden threatened the withdrawal of $1 billion in U.S. loan guarantees until the prosecutor investigating Burisma was fired. While the loan guarantees were eventually provided, the Obama administration did not provide Ukraine any weapons or lethal military aid. Ironically, the Trump administration did provide such lethal assistance to Ukraine even though the country did not launch an investigation into the Hunter Biden deal with Burisma.

Upon learning of the verdict, the President tweeted, “So they now convict Roger Stone of lying and want to jail him for many years to come. Well, what about Crooked Hillary, Comey, Strzok, Page, McCabe, Brennan, Clapper, Shifty Schiff, Ohr & Nellie, Steele & all of the others, including even Mueller himself? Didn’t they lie?”

It seems there is a clear double standard of justice in this country. For example, the impeachment of the President has been moving at lightning speed, while the nation has been waiting for months for the Inspector General’s report on FISA abuse and the “Durham report.”

For the President and his supporters, there are countless investigations and, in some cases, prosecutions. For the corrupt members of the Obama administration, the Deep State operatives and associates of Hillary Clinton, a totally different standard.

With this clear double standard, it is impossible for Americans to have any confidence in our criminal justice system.

A Double Standard of Justice added on Saturday, November 16, 2019