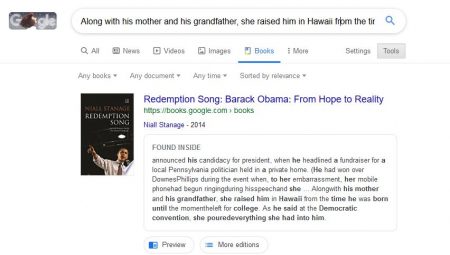 (Oct. 27, 2019) — The Post & Email has found that a statement contradicting the standard life narrative of Barack Hussein Obama by his first press secretary, Robert Gibbs, appears to now be suppressed in the Google search engine and, in one case, removed from its place on the internet entirely.

As we reported last month, Gibbs had told reporters in October 2008 that Obama’s grandmother, Madelyn Dunham, “raised him in Hawaii from the time he was born until the moment he left for college.”  Referring to Obama, Gibbs continued, “As he said at the Democratic Convention, she poured everything she had into him.”

Obama’s “standard” life story states that he was born in Honolulu, HI and that he lived there until he was six years old, when he reportedly moved to Indonesia with his mother after she married an Indonesian citizen, Lolo Soetoro.  Obama allegedly returned to Hawaii to live with his grandparents at age 10.

Despite its departure from that narrative, Gibbs’s statement apparently went unchallenged by the mainstream media.

The same Google search we used at the time to capture Gibbs’s statement, which was repeated throughout mainstream and secondary media, now shows just two entries containing the exact language.

The first entry takes the reader to the “Ben Smith Blog” at Politico, which contains Gibbs’s intact quote.

The Post & Email had initially found Gibbs’s surprising statement in an article in The (Kenya) Standard and sourced it in a general Google search to Reuters and other mainstream outlets since The Standard did not provide a link.

On Sunday we discovered that the Reuters article is still on the internet but does not appear in a Google search.  However, it does appear when using the DuckDuckGo search engine.

In the Google search, the second entry, a book about Obama’s 2008 campaign by Niall Stanage, the wording appears but can no longer be found in the Google book itself.

Initially landing on the Google Book page on Sunday yielded the following result for this writer: 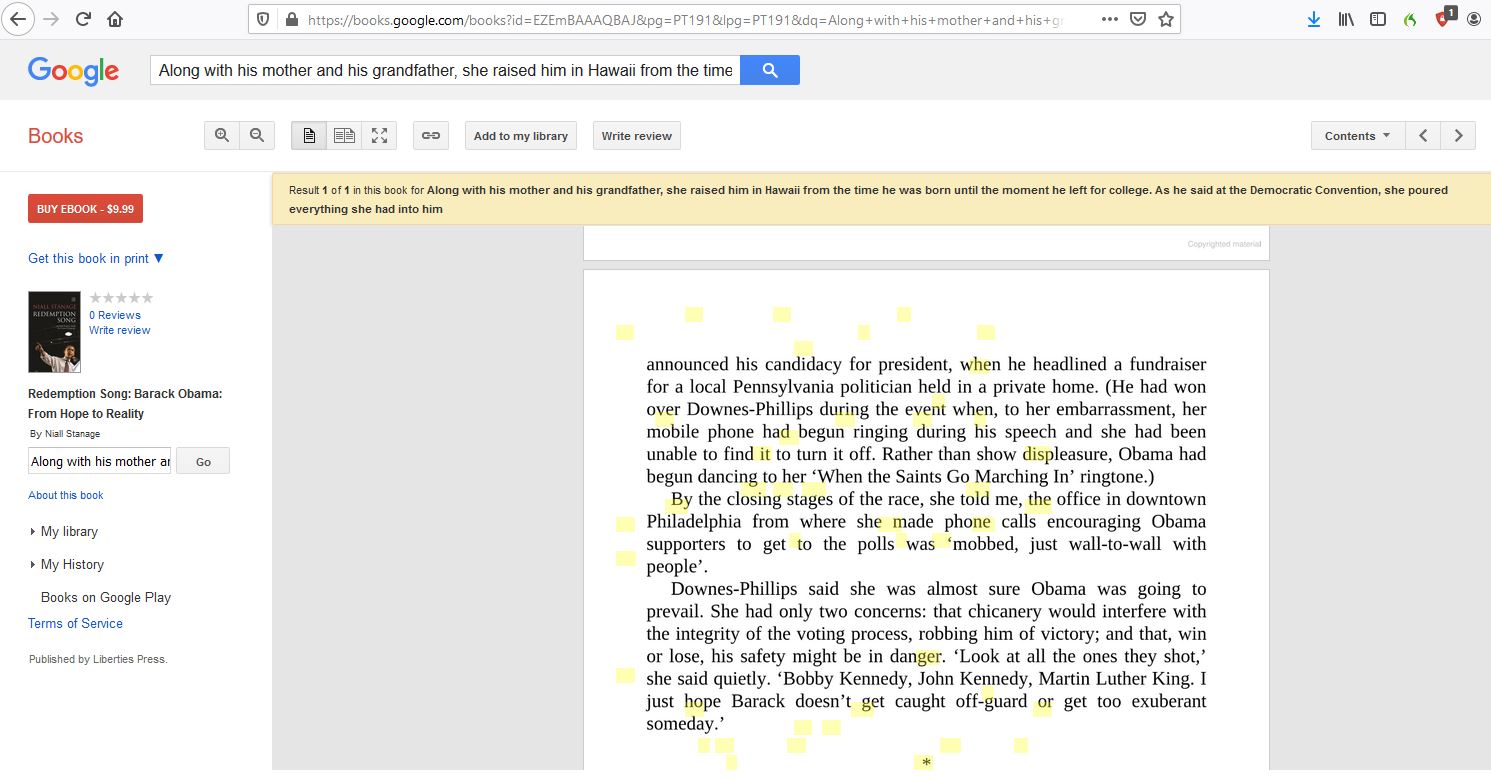 A second attempt changed the screen but did not locate the wording:

Thereafter, the first page of the Google search for Gibbs’s statement contains only secondary sources which reproduced the quote, including The Post & Email’s article at the bottom of the page. 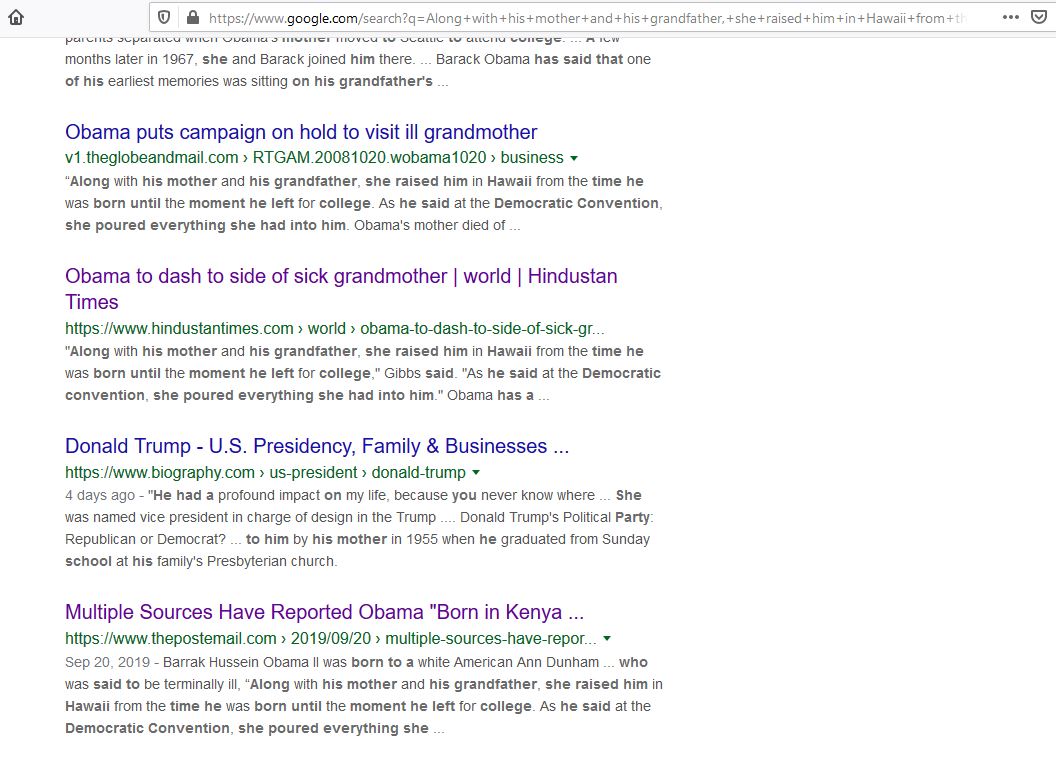 As of this writing, the second page of the Google search contains only one secondary-source with the wording.

At the time, numerous mainstream outlets reported Gibbs’s remarks, including The Washington Post, as evidenced by a search using DuckDuckGo: 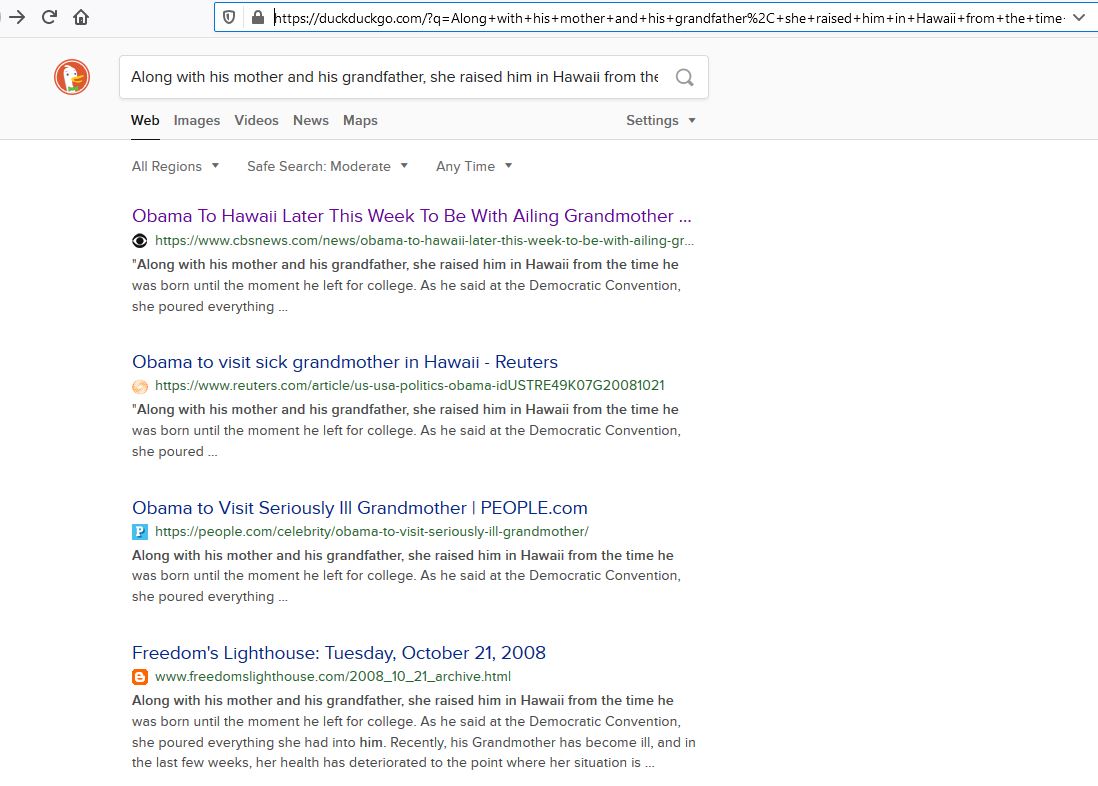 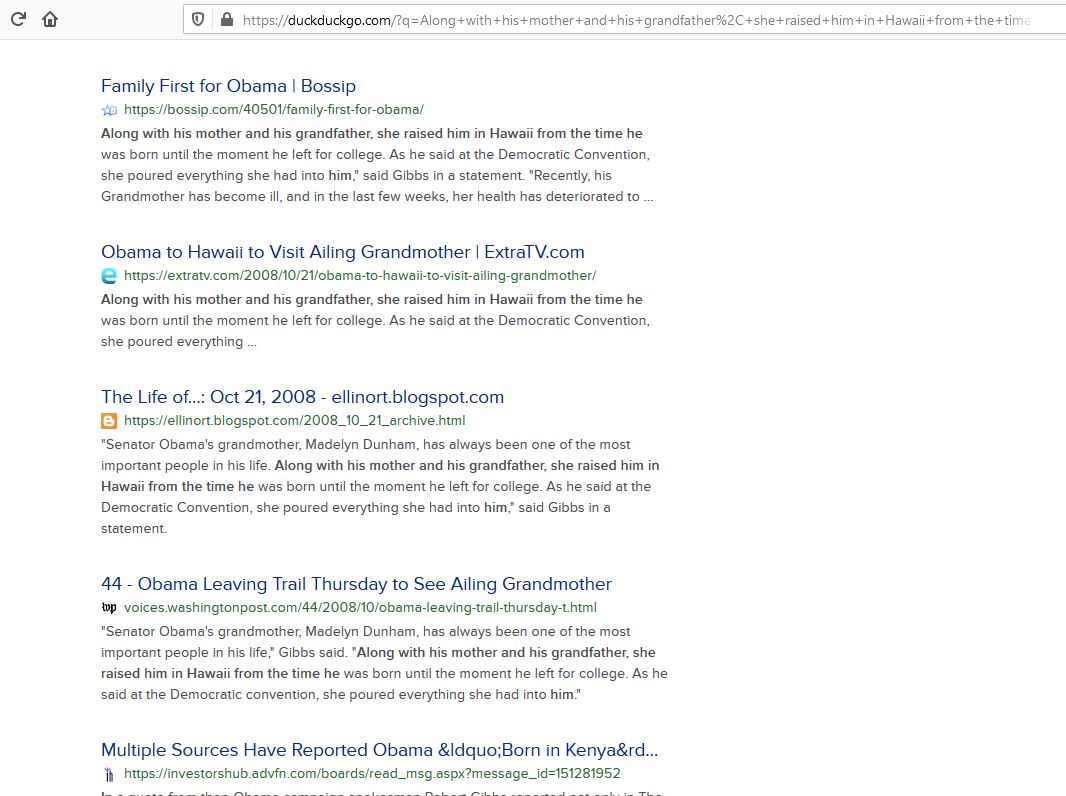 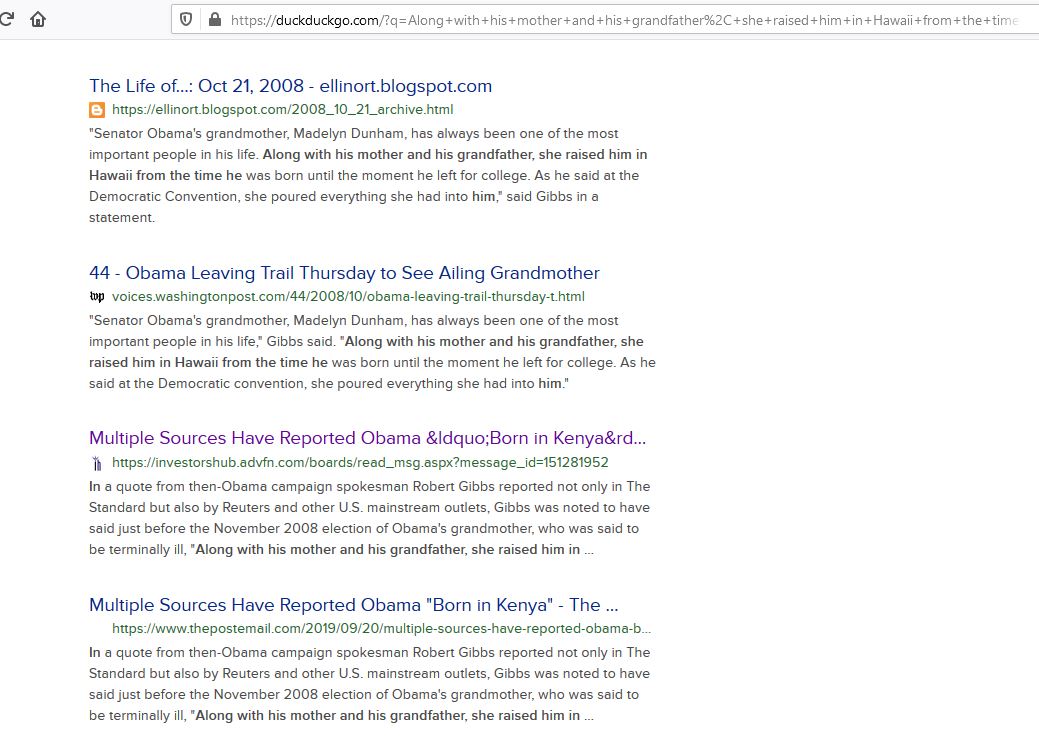 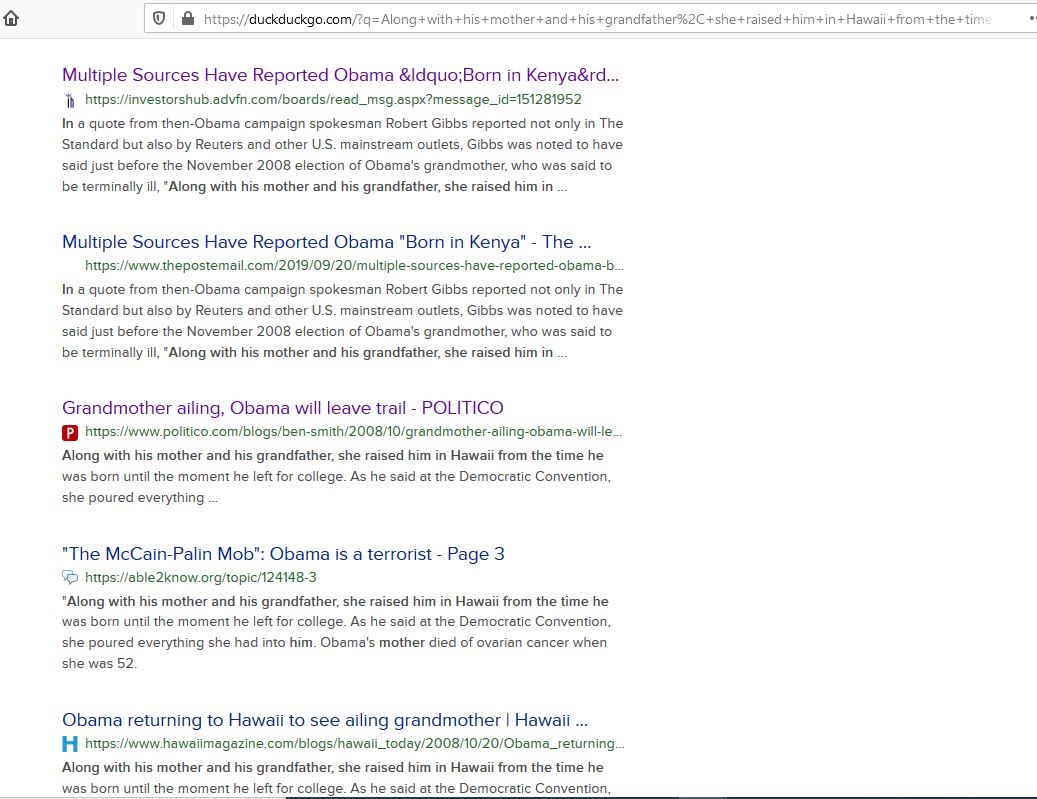 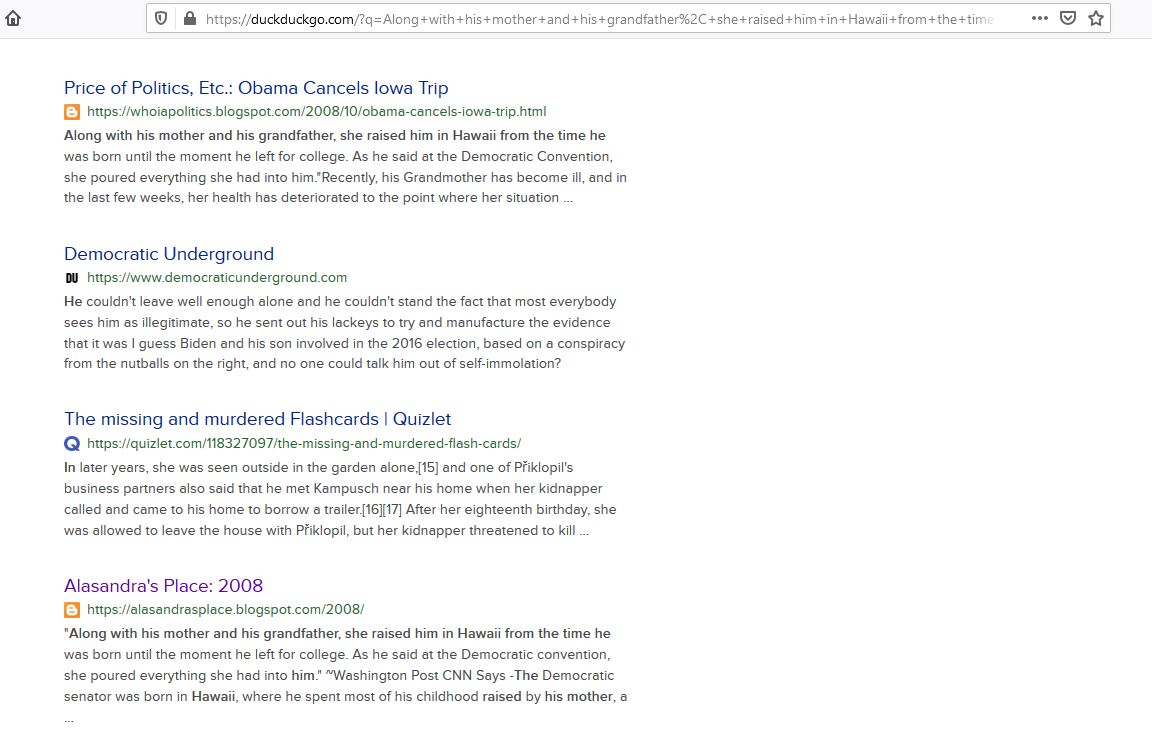 The Reuters article is here:  https://www.reuters.com/article/us-usa-politics-obama-idUSTRE49K07G20081021

When It Comes to Obama, Who is Obscuring Information? added on Sunday, October 27, 2019

8 Responses to "When It Comes to Obama, Who is Obscuring Information?"