Getting Paid While Doing the Coup (RR)

“SUBSIDIZING OUR OWN DESTRUCTION” 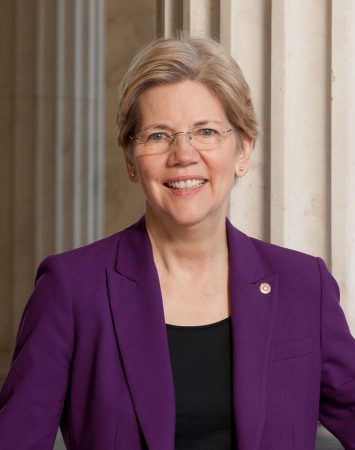 (Oct. 9, 2019) — “Good evening, ladies and gentlemen, and welcome to a place of composure, where brooks bubble, birds sing, and the welcoming sound of handcuffs clinking on deep-staters on their way to the ‘Big House’* is heard, we hope. As they say, the proof is in the pudding, and the proof of no double standard is when the deep-staters are arrested, convicted, sentenced, and serve time behind bars, caged as the traitors they truly are. Hello, my name is Roving and I will be your host for this episode of ‘The Pulse of the Nation,’ your one stop where you are assured of spending your time wisely.

“For those of you who aren’t versed in how we do things around here, we usually stand on our corner (in one of the suburbs), under the awning, across the street from the train station and waylay commuters rushing off to work. And for those who can’t get us on TV, the broadcast is transcribed by Miss Molly, our secretary, who in turn sends it to The P&E – where it is archived — for your leisurely reading enjoyment. Let’s get the show on the road, shall we? Excuse me; oh, sorry, I didn’t recognize you; your name is June and we had you on the other day; you’re that dog shrink.”

“I beg your pardon? I’m a dog psychiatrist and I went to school for it.”

“No, you didn’t: you went to Northwestern University, a liberal hotbed if there ever was one, and got a teaching certificate. From my college experience, the dumbest students – far and above – are our future teachers. Look, I don’t want to seem rude but we have to stick to the truth, okay?”

“Fine with me and the first truth is that you are rude. And I want to say something, which is the reason I stopped by. I want to say that I heard that Arnold Schwarzenegger ‘could’ listen to whatever Elizabeth Warren has to say. Okay, then, what I have to say is that when Arnold was married to Maria Shriver – a lady who I’ve always admired – he consorted with the maid, and if that doesn’t tell you what kind a person he is, nothing will. Thank you, Roving, you are ever so kind.”

“And we’re back, about to bother this man. Excuse me, sir, Roving for ‘Pulse,’ your place for the news that fits you.”

“Did you just say ‘news that fits’? Let me tell you something: there’s very little truth out there in the television wasteland these days. All the old stations have been taken over by idiots, people who never served, never took the Oath to the Constitution, and have been on the wrong side of history from their first breath.”

“Do you have anybody in mind?”

“Ted Turner comes to mind, as do his fellow idiots on ABC, NBC, CBS, and the rest of the more-money-than-brains crowd.”

“So what’s your name and what do you do?”

“Name is Bruce and I’m a ticket-taker at the ball park or wherever there’s a professional sport, so I’m always working. So we didn’t make the playoffs this year but there’s hockey and basketball.”

“Let me ask you this: who are the most rowdy of them all?”

“The hockey crowd, hands down. The most polite are the baseball fans while the rudest attend basketball games. And here’s my train. Nice seeing you; bye.”

“See you around, Bruce. Let’s break for a commercial.”

“And we’re back with Henry, a retired fireman. How are you doing and where are you off to?”

“I’m doing just fine, thank you, and I’m off to my station house, my home way from home, to hang out with the guys and to act as a spotter when they go off to chase a fire.”

“Well, when we pull up to a fire everyone is watching the fire, but who watches the people watching? And that’s where I come in. I scan the rooftops and remain as incognito as I can; I mean, I don’t fight the fires but I protect those that do.”

“So, what, they let you ride in the truck and work the siren?”

“Something like that; makes me feel useful and they like having me watch their backs, so it’s a win-win situation. I must catch this train; bye.”

“Now there’s a retiree who is useful, how about that? Take a break? Okay, please excuse us for yet another commercial.” 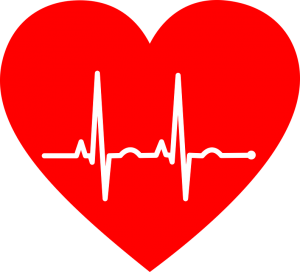 “Excuse me, but the next train isn’t for another twelve minutes, so would you like to be on live TV, on ‘Pulse,’ the ever-popular current news show?”

“For sure, Roving. My name is Margaret and I’m a nurse on my way to work. Used to watch you but now I read you whenever you pop up. What’s the question of the day?”

“The question of the day, Margaret, is what do you think about this impeachment malarkey?”

“What a bunch of hot air; they just can’t grow up and at least pretend to act like adults, can they?”

“And all of these bureaucrats who are deep-staters — most who were hired during the Obama years — have been collecting paychecks that we pay for. It’s like we’ve been subsidizing our own destruction. And where does Elizabeth Warren get off trashing America, Capitalism, the Constitution and American Indians?”

“One of your frequent guests, Chief New Leaf, said he has never used his Indian heritage as an advantage on any form he’s ever filled out:  you know, check the box if native-born. Not once. I wonder what he thinks of her?”

“I know the Chief and I know that he doesn’t respect liars or what she stands for in the least, that I can assure you. Let’s see if we can schedule the Chief via Skype soon. Oh, bye. And off she goes and it’s the same for us, and so, on behalf of the crew, I’ll be wishing you all a goodnight; Goodnight.

Getting Paid While Doing the Coup (RR) added on Wednesday, October 9, 2019