“HOLD ACCOUNTABLE THOSE WHO BREAK THE LAW”

(Sep. 29, 2019) — “Good evening, ladies and gentlemen, and welcome to ‘The Pulse of the Nation,’ where we’re broadcasting from Madam Shylock’s Fortune-Telling Emporium, down in sunny Cassadaga, FL. Hello, my name is Roving, as in Roving Reporter (RR); what do you say we dispense with the formalities and I’ll just hand over the stipend to the proprietress and let her take over.”

“Thank you, Mr. Roving, and hello to all of you out there in ‘Voter Land’; I think I got that right; I mean, how many New Yorkers or Californians watch ‘Pulse’ or, for that matter, read The ‘P&E’? I like to refer to my clientele as my ‘meat and potatoes,’ mainly because they eat meat and potatoes. Roving had this idea of me reading our country’s fortune, which I’ve never done; I mean, reading a whole country; who would’ve thought of that?

“So that’s what we’ll do: I’ll sit here in my usual chair and remove this cloth cover from the crystal ball and see whatever we’ll see. I see Fox News welcomed Donna Brazile and Paul Ryan on board, which makes it a bonafide member of the fake news, now, doesn’t it? I watch Newsmax myself, and so do most of the folks here; I know ‘Henry the Frog’ likes it as much as I do.

“I see that we’ll have more Blasey Fords lying through their teeth every week until the 2020 presidential election, and that’s something that I’d like to look more into. Here’s the deal: last year when they talked about the Russian Collusion Hoax, Barry Soetoro’s name was barely mentioned, if at all. Who is Barry? Why, that would be Barack Obama; none other. Anyway, have you noticed that his name is being mentioned more and more in relation with the corruption and the antics of the deep state? Well, I have, and I bet you have, too. 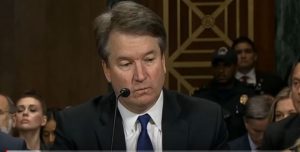 “You see, the cornerstone of this New World Order hype was based on Obama not being exposed for being the fake that he is.  The closer they get to exposing Obama, the more unhinged the Democrats are becoming, making all kinds of wild accusations, as we have already seen during the Brett Kavanaugh hearings for the Supreme Court.

“They say that the voters are more concerned about Roe v. Wade than they’ll ever be on how to practice the numerous birth-control methods. I guess it’s easier to murder a baby than it is to read the instructions on how to prevent a pregnancy in the first place.

“I also see a lot of our military not liking the fact that our government is letting us down by allowing Muslims in our country, like not even the Pentagon can get it right. I mean, come on, now, letting Muslims in the military:  why, that’s just as irresponsible as having a Muslim as a policeman. I’m remembering that nice lady in Minneapolis who should not have been murdered by a Muslim cop; he never should have been hired in the first place.

“Our country is not safer today than it was yesterday; not safer this year than it was last year; and a whole lot less safe than it was a decade ago. And we’re all still waiting to see any of the Democratic candidates invite just one Angel Mom on the stage with them.

“And that reminds me: we have Muslim atrocities but they’re not reported as such, as if our Muslims are somehow less Muslim than Sweden’s or England’s; as if the Las Vegas massacre, the Boston Marathon Bombing and the rape of a five-year-old girl in Idaho were carried off by invisible Martians that had no belief system other than to torture and kill non-Martians. Will you excuse me, please? I believe that’s Henry croaking at the back door. Let’s break for a commercial.”

“Say hello to Henry, my neighbor who lives across the road; you remember him, don’t you? Henry, I’m reading the fate of the nation; would you care to add anything to our discussion?”

“Yes, I think I will. Your country is imploding and the end result will not look like anything that went before; this I can assure you. You have people who believe in Socialism yet they have no idea what Socialism is; you have people clamoring for ‘reparations’ yet have no idea where the money is to come from, as if the IRS keeps separate accounts for every conceivable category of taxpayer, as in “white female whose great-great grandmother had an uncle who fought in General Nathan Bedford Forrest‘s army’ or ‘Sioux Indian males between the ages of 54 – 65’. See what I mean? An utterly ridiculous idea that gained traction from the most credulous among us.”

“Yes, Henry, I think it started in Chicago, the sanctuary city where the residents are being gunned-down at a prodigious rate. How many citizens have been wounded or murdered by illegal immigrants, no one knows. Now I‘ll look into the crystal ball and tell you more about America, how the trade deals with other countries have been put on hold because of the uncertainty of impeachment or losing the election.” 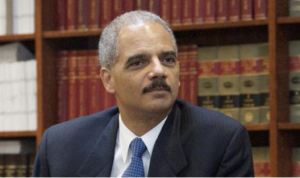 “Excuse me, Madam Shylock, but without voter ID I’d give the election to whoever the Democrats nominate. They’ll stop at nothing, and if you don’t believe me just look at how Obama’s Attorney General, Eric Holder, handled a voter intimidation case: he refused to prosecute ‘my people.’ You know, don’t you, that race relations were getting better before Obama? And now look: Ferguson, MO, and Baltimore, MD, are the direct result of a skewed attitude, a belief system that somehow people are owed as a result of sloth and apathy. Continuing to vote for a government-run education system that doesn’t teach the basics doesn’t make a lick of sense: ‘What have you got to lose?’ It’s the same old story from the Teachers’ Union: more money for less results. And from the DNC: higher taxes and more waste, and the continuing lies from the mainstream media that less freedom is the preferable price for a larger government; that intrusiveness and less money is the price that some of us are willing to pay for being stupid.

“There’s a belief system that the more you pay the government, public services are improved, but the opposite is the truth: once efficiency as a goal is eliminated, then all that’s left is shoddiness; once accountability leaves the room, lethargy takes hold. It’s a high price to pay for nothing.

“And one last point: the closer they get to Obama, the more unhinged the Left will become. They’ll literally stop at nothing to keep Obama safe, the New World Order dream alive, and the deep state ensconced in the bureaucracy of our government. And that’s all we have time for, I’m sorry to announce.”

“Well, thank you, Henry and Madam Shylock, for such a forthcoming look at our future.”

“And it was nice to see you, too, Roving. Studying you people has been quite an education, although I must admit I find it quite puzzling and disturbing how you so lackadaisically treat your Constitution, as if it’s immune to destruction. You don’t seem to grasp the seriousness of the danger from the Democrats in attempting to destroy your Republic.”

“So what would you suggest, Henry?”

“Hold accountable those who break the law. You have laws about illegal aliens and those who are undesirables. You used to deport Italian immigrants suspected of being in the cosa nostra, but you don’t deport Muslims for any reason, which puts all of us in danger, as what happened on 9-11.”

“So you don’t think we take our threats seriously?” 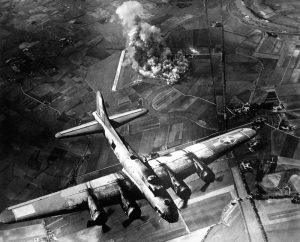 “No, Roving, I do not. If World War II were fought today, you would make some peace gesture with Hitler and you wouldn’t use the A-bombs on Japan:  you would all be speaking German and driving Japanese cars. Sometime after World War II you lost your ability to wage war; all you do is send your troops to die on the battlefield with no discernible results.”

“You let Hillary off the hook during the Benghazi hearings, didn’t you? She should be behind bars, but you don’t lift a finger to apply equal justice to those who are not so connected. You make a mockery of the justice system. Excuse me, but I see Madam Shylock has my lunch ready: flypaper covered with flies and a moth.”

“Sounds good, Henry. Okay folks, it’s that time when, on behalf of the crew, I’ll be wishing you all a good night: Goodnight.

“Good show. I see Henry is lapping up his lunch, so let’s  grab some burgers: my treat.”

One Response to "Madam Shylock Reveals All (RR)"