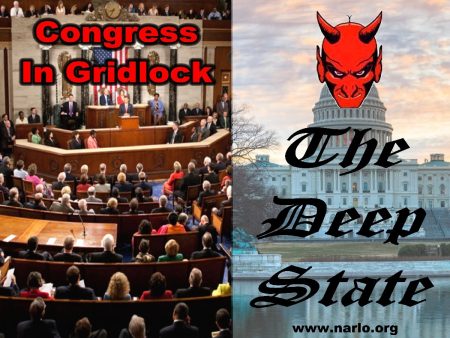 “What the Israelites saw, from high on the ridge, was an intimidating giant.  In reality, the very thing that gave the giant his size was also the source of his greatest weakness.  There is an important lesson in that for battles with all kinds of giants.  The powerful and the strong are not always what they seem.”
― Malcolm Gladwell, David and Goliath: Underdogs, Misfits, and the Art of Battling Giants

Yes, as the biblical story is told, David dispatched Goliath the giant with just a slingshot, a stone and a staff.  In reality, the event is an anomaly.  In the art of war, any general will tell you that only an overwhelming force will vanquish an inferior force.  Guerilla warfare, hit-and-run tactics and adequate supply lines can play a part in the outcome, but in the end the army with the most money, the most powerful weapons, the best-trained soldiers, well-tested leadership and the best strategy will secure a victory.  That is exactly how America and its allies won World War II.

One of the best strategies for winning is exploiting the enemy’s weaknesses.  It cannot be stressed enough that “big government” has many weaknesses.  They are cumbersome, indecisive, inefficient and slow to move.   Government is also a big target.  Wherever you aim you are going to draw blood.  Remember, the ancient Plains Indians brought down huge mastodons with just arrows and spears.  A mastodon is many times larger than a single Indian, but there were many Indians for every mastodon.   Later, the Indians would bring down the giant buffalo in the same fashion.

Approaching a battle without sufficient quantities of men, materials and money is a fool’s errand.  That is the dilemma Americans face today when confronting institutional government corruption, Congressional gridlock and the unseen power of the Deep State.

There are thousands of freedom advocate organizations all throughout America, along with conservative radio and TV.  God bless them.  Their motives are pure and their mission is usually well-defined.  They hold meetings and conferences that produce nothing but making the leadership and the members feel good.  Sadly, the best they can do is to nip at the heels of the “enemy,” which only draws attention from the enemy and brings extra scrutiny on the organization, or, as in the case of the many conservative organizations that rose up during the Obama Administration, heavy resistance, abuse and harassment from and by the Internal Revenue Service.

We are well aware of this scrutiny, as our NARLO website is monitored regularly by the “United States,” the “U.S. Government” and the “U.S. Military.”  If we write a controversial article (and most of them are), the hits and visits from these three entities rise dramatically.

Unfortunately, all these well-meaning freedom advocate groups are too small, fractured, uncoordinated and disconnected from all the other freedom advocate groups.  They are, in effect, trying to stop a supertanker with a rowboat.  Just think what they could do if they were well-funded, organized under one leadership and one mission, with thousands of rowboats all lined up to stop the supertanker (government).

The national “Tea Party” movement was the beginning of a step in the right direction.  But alas, the movement has fallen off the radar, become fractured and embroiled in petty squabbles.  Their effectiveness as a roadblock against growing government corruption, Congressional gridlock and the power of the Deep State has been severely diminished, if it exists at all.

You might think that all of the conservative think tanks in America might be able to slow down the rise of government power, but you would be wrong.  Out of the 50 or so conservative think tanks, the Heritage Foundation, the Cato Institute and the Heartland Institute stand out as influential organizations that should be able to provide conservative counsel and policy papers to the Congress or the president and put significant pressure to steer America away from growing socialism and towards the foundations of our liberty, as envisioned by the Founding Fathers.  Once again, you would be wrong.  These organizations are well-funded and pay millions of dollars to learned professors who give speeches, write scholarly papers and give expert testimony to Congress.  Nevertheless, even they have been unable to stop the socialism avalanche and the growing concentration of federal power.

When a government grows more powerful, as the American government has, its power feeds upon itself and it becomes arrogant and secretive.  The more secretive it becomes, the more it will silence those who want to expose the secrecy.  It becomes a power unto itself and eventually, it will refuse to recognize any restraints or limits.  We are dangerously close to this condition, if in fact we aren’t there already.   The final condition is absolute power.

This political “power” over the people is being controlled by one president, 435 Representatives in the U.S. House, 100 Senators in the U. S. Senate, 9 justices on the U. S. Supreme Court, half a hundred federal bureaucracies that apparently answer to no one and lobby groups that spend millions of dollars every year to get Congress to yield to their demands.  545 politicians and the un-elected directors of the federal bureaucracies are controlling 330,000,000 Americans.  Since the adults of that 330,000,000 people get to vote, you would think that it wouldn’t be that difficult to control 545 politicians and the un-elected directors of the federal bureaucracies.  Once again, you would be wrong.

But this issue has been hashed and re-hashed so many times by so many different authors it has become boring.  What’s the solution?   What can the producers do so that they don’t end up slaves to the takers?  How do the producers break up the cabal between the government, the lobbyists and the takers?  How do they sever the entangled ties between big government, big business, big labor and the one-world-order crowd that want to dissolve American sovereignty, steal our wealth and resources, cut off our energy, repeal parental rights, abort babies after they are born and confiscate our land, with our own government’s assistance?

Remember the town hall meetings in August of 2009, where the people displayed their anger over the impending Obamacare legislation?  That was about the time the grassroots Tea Party erupted on the national stage.   Although these events led to a resounding defeat for House Democrats in the 2010 election, we still got Obamacare, an abysmal government failure.  Apparently, the 2009 town hall anger and the defeat of a few House Democrats wasn’t enough to make a needed course correction to avoid a national path towards socialism that will surely lead to economic collapse, chaos and anarchy, just like Argentina and Venezuela.

The government and the takers seem hell-bent on propelling us into socialism and there is no current political will with enough political power to change our suicidal direction.  So how do we trigger a course correction that will truly be effective in restoring our freedom, our national pride and prevent the dissolution of American sovereignty?  We haven’t been able to do it at the voting booth.   The takers have an apparent plurality, aided and abetted by the news media, academia and most Democrats.  And even if all 545 politicians were replaced with new blood, would that in itself be enough to slow down the runaway train we are on?   Not if the politicians pander to the takers in order to keep being re-elected because the takers have the most votes.

So the solution becomes changing the national mindset of the people on a large-enough scale such that the politicians will end up doing the right thing in the interest of saving America from murdering itself ….. OR, the solution could be a dedicated minority that will “Declare Open Resistance” against growing government tyranny and will have the commitment and courage to stir the pot so vigorously, at every level of government, that the national mindset will have to shift towards survival rather than self-induced suicide.  That’s a tall order.

To not recognize that America is in a state of decay and decline and headed for national bankruptcy is putting one’s head in the sand.  However, if you are a taker, you don’t care, just as long as the government checks arrive at your mailbox or appear as a direct deposit to your checking account and you get to vote to keep the checks coming.  This does not apply to Social Security or Medicare recipients because they were forced by government to pay into the account that now pays them.

However, as a producer, with your income steadily declining to pay for the takers and freeloaders, the problem is paramount.  You know that even if government took all of your income, it would never be enough.  This runaway insanity has to stop and stop soon if national collapse is to be avoided.

There is only one peaceful solution to the dilemma facing freedom-loving Americans.  The 63,000,000 Americans who voted for Donald Trump, or a very large fraction thereof, must coalesce under one leadership and one mission statement.  They must speak with one large voice on all contentious issues and they must provide a list of demands to government from which they will not waver.  Anything less is a waste of time and money.

We grow weary of TV pundits and politicians saying, “We have to do something” when that “something” is in the hands of the “president, 435 Representatives in the U.S. House, 100 Senators in the U.S. Senate, 9 justices on the U.S. Supreme Court, half a hundred federal bureaucracies that apparently answer to no one and lobby groups that spend millions of dollars every year to get Congress to yield to their demands.”  But this racketeering cabal of politicians, judges, bureaucrats and lobbyists no longer work for and on behalf of the interests of all Americans or America as a sovereign nation.  Trump is trying, but he is up against significant odds.

So once again, the solution is in the hands of the people …. if they are courageous, committed, dedicated and willing to sacrifice.  Unfortunately, the people have yet to realize that they are the real DAVID and they can’t be stopped by a “cumbersome, indecisive, inefficient and slow to move GOLIATH.”

Ron Ewart is a nationally-known author and speaker on freedom and property rights issues and author of his weekly column, “In Defense of Rural America.”  Ron is the president of the National Association of Rural Landowners (NARLO) (www.narlo.org), a non-profit corporation headquartered in Washington State, acting as an advocate and consultant for urban and rural landowners.  Ron can be reached for comment HERE