“SOMEBODY NEEDS TO BE PUNISHED” 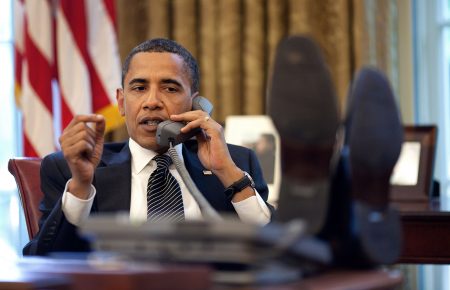 (Sep. 22, 2019) — Just before 10:30 a.m. in a lengthy interview with Maria Bartiromo of “Sunday Morning Futures,” Senate Judiciary Committee Chairman Lindsey Graham asked rhetorically, “Did Obama know?” in regard to the FBI’s counterintelligence probe into the Trump campaign.

The wide-ranging interview, which began at the top of the hour, touched on the recent “whistleblower” complaint against Trump based on a July telephone call between Trump and Ukrainian President Volodymyr Zelenskiy; the threat Graham believes Iran poses to the Middle East and the rest of the world; and the Trump-Russia “collusion” narrative which consumed Washington and the nation for more than two years.

A Special Counsel investigation assumed from the FBI and concluded in March found insufficient evidence that anyone from the Trump campaign conspired with Russian operatives to affect the outcome of the 2016 presidential election.

Bartiromo’s producer played a clip of former Vice President Joe Biden in Iowa on Saturday denying any knowledge of his son Hunter’s business dealings in Ukraine in 2014 and 2015, about which Trump reportedly “pressured” Zelenskiy to open an investigation.  Ukrainian Prime Minister has denied that Zelenskiy felt “pressured” during the call.

Responding to Biden’s remarks, Graham said that the media has not investigated the story to arrive at the truth and cannot be trusted to do so.  He additionally decried the media for its inaccuracies and lack of fact-checking in regard to a recent claim made by The New York Times against U.S. Supreme Court Associate Justice Brett Kavanaugh for which The Times was forced to issue a clarification the following day.

As he has in previous interviews, Graham said he wants documentation from the anticipated “FISA abuse” report by DOJ Inspector General Michael Horowitz to be declassified “as much as possible.”  As chairman of the Senate Judiciary Committee, Graham pledged to have Horowitz testify about his probe of the process the FBI and DOJ used to obtain four FISA warrants on former Trump campaign adviser Carter Page between October 2016 and June 2017.

Page was never charged with a crime.

“This is a big deal,” Graham said.  “If a court was fed bad information by bad cops at the Department of Justice who had a political agenda to get a warrant against an American citizen and we do nothing about it, we’re encouraging the breakdown of the rule of law.  So somebody needs to be punished for misleading the court, lying to the court…”

As to why the FBI did not inform the Trump campaign that one or more of its members might have been working with the Russians, Graham said, “I think they were misusing the counterintelligence investigation, and did Obama know?  Did the president of the United States know that the FBI and the Department of Justice were investigating the Republican nominee for president? And if he did, what did he do about it?”

Graham also took issue with former FBI Deputy Director Andrew McCabe, who may face indictment for having been determined by the IG to have “lacked candor” in investigative interviews concerning a media leak to The Wall Street Journal in 2016.  Four weeks ago, McCabe was hired as a commentator by CNN, Graham pointed out.

Toward the end of the interview, Graham announced his call for the Justice Department to investigate “the Biden connection to the Ukraine through his son.”  Graham stated his reasoning as stemming from the scrutiny the Trumps received for alleged connections to Russians as part of the Special Counsel’s 22-month investigation.