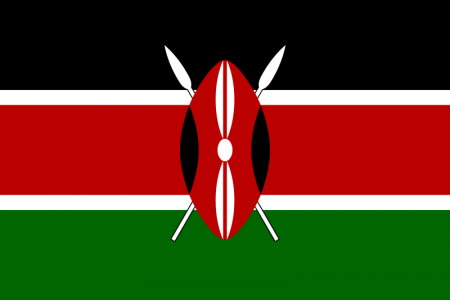 (Sep. 19, 2019) — On Tuesday, The Post & Email published an article titled, “AP Reads its Own Story on ‘Kenyan-Born’ Obama” after a reader with an “Associated Press” IP opened our 2009 article referencing another published in a Kenyan newspaper in 2004.

The June 27, 2004 article in The Kenya Sunday Standard titled, “Kenyan-born Obama all set for US Senate” does not appear in a search of the website today.

A 2008 article Standard responsive to Obama’s anticipated inauguration describes him as having “roots” in Kenya because of his alleged father, a Harvard-educated economist who returned to his home country in 1964 after his U.S. visa was not renewed.

In response to Tuesday’s article, commenter “bebop” claimed “that the original Associated Press Sunday Standard article (Friday June 25, 2004 by Maura Kelly Lannan) says no such thing about Obama…it was apparently doctored (most likely by the Kenya-based edition of the Sunday Standard) to include the ‘Kenyan-born’ reference…they even spelled Barack wrong….”

The Post & Email subsequently contacted both the AP and the Sunday Standard to ask if the article was inauthentic in any way.  Neither responded as of this writing, although the AP acknowledged our email sent through its contact form. 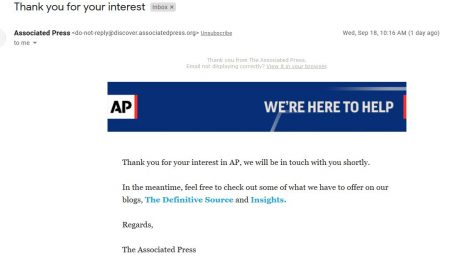 After we asked “bebop” for a link to the article he/she referenced, he/she responded:

The Post & Email found through a Google search the June 25, 2004 Herald-Tribune article by Maura Kelly Lannan, one paragraph from which The Standard repeated verbatim:

“It’s clear to me that a vigorous debate on the issues most likely could not take place if I remain in the race,” Ryan, 44, said in a statement. “What would take place, rather, is a brutal, scorched-earth campaign – the kind of campaign that has turned off so many voters, the kind of politics I refuse to play.”

In its reproduction of Lannan’s piece, The Los Angeles Times renamed it “Senate Candidate Quits Amid Furor.”

Snopes.com makes the same claim as “bebop” and references “LexisNexus” but does not provide a link to Lannan’s article.

Obama “Kenyan-Born” Article Attributed to AP Not Contested to The Post & Email added on Thursday, September 19, 2019