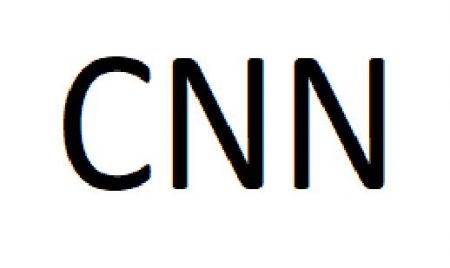 (Sep. 11, 2019) — This will be short and to the point.  As most of us know, since well before the 2016 elections CNN has been broadcasting not only extraordinarily negative news concerning President Donald J. Trump but, stories about him that are intentionally misleading and those that are patently false.  However, its latest expedition into the CNN fake news genre has taken us into depths that even CNN employees had never before reached and, perhaps, hadn’t realized possible…even for their non-stellar cast of characters.

Apparently, another member of the Obama Administration, Jim Sciutto, who landed the position of  “Chief National Security Correspondent” at the now-discredited-by-intelligent-humans Cable News Network, placed not only President Trump in jeopardy but, put a (former) US double agent in extreme danger by divulging information about him that led to people finding out his name and address.  This has placed the agent and his family in extreme danger from Russia.  Mr. Putin’s enemies seem to eerily die when in his disfavor.

Responding to Sciutto’s false reporting, CIA Director for Public Affairs Brittany Bramell blasted CNN’s report with: “CNN’s narrative that the Central Intelligence Agency makes life-or-death decisions based on anything other than objective analysis and sound collection is simply false. Misguided speculation that the President’s handling of our nation’s most sensitive intelligence—which he has access to each and every day—drove an alleged exfiltration operation is inaccurate.”  Sciutto’s fake news also led to multiple other outlets who reported on it—giving Sciutto credit and almost all of the CNN anchors—and at least one from ‘we know who’ at MSNBC—reported on this “horror” of “it’s all Trump’s fault” and continued to excitedly broadcast the lie…the BIG lie…until it was finally stopped via the truth coming out.

As I view it, the questions now are 1) Will CNN ever be held liable for its lies? and  2) Does the FCC allow this sort of behavior?  Well, I don’t know if CNN will be held liable but, considering its deterioration into the dark recesses of specious reporting it most certainly should be held accountable.  However, with regards to the FCC, interestingly enough they do not (on paper) permit false information to be broadcast over the public airways.  The FCC writes:

“The FCC occasionally receives complaints regarding allegedly false information aired on TV or radio. The FCC reviews all complaints for possible violation of its rules, which are narrow in scope.”

The FCC prohibits broadcasting false information about a crime or a catastrophe if the broadcaster knows the information is false and will cause substantial “public harm” if aired.

FCC rules specifically say that “the public harm: must begin immediately and cause direct and actual damage to property or the health or safety of the general public; or divert law enforcement or public health and safety authorities from their duties.”

The FCC is prohibited by law from engaging in censorship or infringing on First Amendment rights of the press. It is, however, illegal for broadcasters to intentionally distort the news, and the FCC may act on complaints if there is documented evidence of such behavior from persons with direct personal knowledge.

Will our Federal Communications Commission live up to its charter?  I suspect we now have yet another “wait and see” scenario at hand.

“Thou shalt not raise a false report: put not thine hand with the wicked to be an unrighteous witness”—Exodus 23: 1

Exclusive: US extracted top spy from inside Russia in 2017:  https://www.cnn.com/2019/09/09/politics/russia-us-spy-extracted/index.html

Does CNN–Finally–Need to Have its Broadcast License Suspended or Pulled? added on Wednesday, September 11, 2019

3 Responses to "Does CNN–Finally–Need to Have its Broadcast License Suspended or Pulled?"