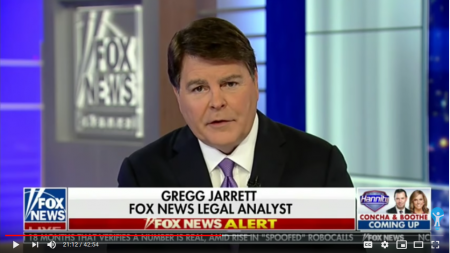 Documents obtained from the FBI and released Thursday by the government-watchdog organization Judicial Watch indicate that Fusion GPS co-founder Glenn Simpson, Steele and Ohr were communicating frequently to advance the narrative that the Trump campaign was “colluding” with Russians to affect the results of the 2016 election.

The FBI documents are known as “302s” and represent summaries of interviews between Ohr and FBI agents in late 2016 through May 2017.  As The Post & Email reported earlier on Friday, erroneous information was given to an FBI agent about Republican strategist Rick Wilson, who is stridently opposed to Trump and his policies and has campaigned against him rather than for him.

Steele was fired as a source by the FBI on November 1, 2016, but the FBI continued to seek communication with him, the documents show.

“They set up this very clever information-laundering scheme, very much like money-laundering.” Jarrett said. “Simpson and Steele would feed phony disinformation to Bruce Ohr, who was the conduit.  Ohr would get debriefed by FBI agent Joe Pientka, who would then slip the material to Peter Strzok, who would give it to Andrew McCabe, who would give it to James Comey.  And by laundering so many transactions here, they were able to disguise the true source and obscure the fact that it was coming from a guy that they weren’t allowed to use because they had fired him…They essentially lied about the information,” a reference to the Steele dossier submitted to the FISA court to obtain surveillance warrants on former Trump campaign adviser Carter Page.

“Glenn Simpson is not out of the woods yet,” Jarrett further said at 9:08 p.m. EDT, following commentary from Judicial Watch President Tom Fitton and investigative journalist Sara A. Carter, who have been digging into the Trump-Russia “collusion” narrative for more than two years.

Simpson’s November 2017 testimony in the “Russia” matter was “extremely misleading,” according to then-Senate Judiciary Committee Chairman Charles Grassley.  Asked to return to testify less than a year later, Simpson invoked his Fifth Amendment right not to incriminate himself.