What Are The Main Social Security Challenges In Belgium?

“A RECIPE FOR DISASTER” 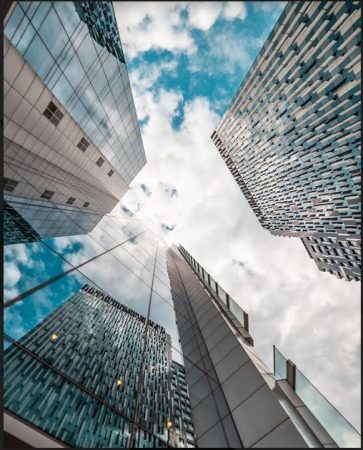 (Jul. 22, 2019) — Although Belgium is one of the most politically and economically stable countries in the world, it’s currently facing a number of social security issues. From traffic jams to strikes, it seems like troubles never cease for this prosperous nation. Read on as we explore some of the most pertinent challenges facing Belgium today.

Over the past several months, Belgium has seen its fair share of social unrest. Citizens have been taking to the streets to protest a number of issues. There have been a number of strikes by River pilots at Brussels Airport, in Zaventem and River Scheldt. Lorry drivers in places like Wallonia are also protesting against the country’s newly introduced pay-as-you-drive system.

Meanwhile, the Mitchel administration is planning to hold yet another strike in early October to follow up on the most recent protest action in June.

The problem here is not the prison system itself but the poor maintenance of Belgian jails. The situation is so bad that prison wardens are staging strikes to protest against the terrible conditions that most of them are forced to work under.

Many have described Belgian prisons as being “pure torture”, not just for the prisoners but for the wardens as well. If you were to do an online search on this topic alone, one of the videos you’d come across contains footage provided by the Francophone public broadcaster. This video clearly shows the terrible living conditions prevalent in these jails and it’s something you wouldn’t wish on your worst enemy.

In addition to horrendous working conditions, Belgian prison warders are overworked and underpaid. That’s why they’re protesting for increased pay and extra staff. The strikes are particularly prevalent in Brussels and Walloon penitentiaries where industrial action is ongoing despite efforts to quell the situation by Justice Minister Koen Geens.

Belgium is not particularly known for having a stellar police force and now we know why. The local and federal police have been facing heavier workloads than they can handle ever since the November Paris attacks which seem to have affected Belgium even more than anticipated.

Soon after that the March 22 attacks came and the situation got way worse. Not to mention the fact that the government must compensate for striking prison wardens with an already overwhelmed police force.

Add to this the constant threat of terror attacks, a constant flood of immigrants and continuing prison strikes and you have a recipe for disaster.

Anyone who’s been to Brussels or Flanders will tell you that it’s probably best to take public transport because traffic jams there are crazy! Most people know that in order to make appointments, you must leave home at least 30 minutes earlier than you normally would, and even then you might not make it in time if a car accident happens while you’re on the road.

The problem seems to be getting worse as the country’s road network becomes increasingly congested with each passing year. Plus, you have to consider the time it’ll take to renovate the tunnel system because that will place extra strain on the traffic system as well.

Similarly to the police force, soldiers in Belgium are overwhelmed with challenges on various fronts. In addition to dealing with terror threats, they must also step in to help out at prisons due to the ongoing prison guard strikes.

Many of the tasks that soldiers are burdened with weren’t part of their training. It’s even more concerning when you hear the Defense Minister Steven Vandeput announcing that the situation is becoming a threat to foreign missions. 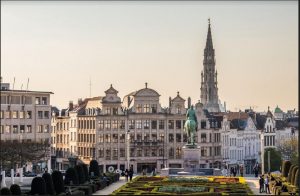 Although Belgium faces seemingly insurmountable social security challenges, the country has many positive qualities as well. Of notable mention is the digitization of social benefits in order to streamline the process for citizens, employers and social security institutions.

The country received an ISSA Good Practice Award for Europe in acknowledgement of their efforts to ensure that citizens have access to the social benefits they’re entitled to in an efficient and timely manner.

If you’re thinking of moving to Belgium for work or retirement, be sure to consult with an expert from Bradford Jacobs for advice on permits and visa requirements.

What Are The Main Social Security Challenges In Belgium? added on Monday, July 22, 2019