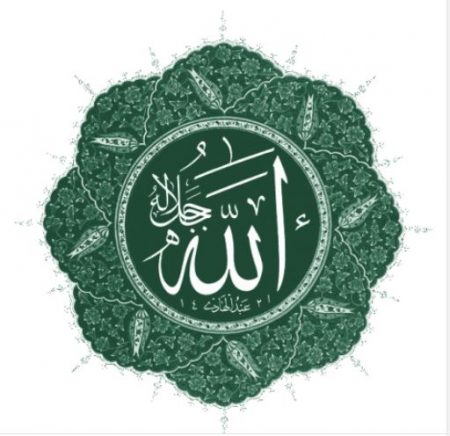 (Jul. 19, 2019) — “Good evening, ladies and gentlemen, and welcome to ‘The Pulse of the Nation,’ a television information show that reports the daily news in real time with real facts. Hello, my name is Roving, as in Roving Reporter (RR), and, as you can see, we’re back on our corner asking our neighbors their pet peeves of the day. If you don’t get us on your TV, you can read the transcript of the program in The P&E, a political blog on the Internet. Excuse me, Miss, care to be on live TV? Roving Reporter here.”

“Oh, hello, Mr. Roving. Used to watch you about every night on TV but can’t find you anymore. What happened?”

“They wanted us to work for free, is what; anyway, that’s the story.”

“What’s the point? Last night during Trump’s speech they started chanting, ‘Send her back; send her back,’ and, the last time I looked, she’s still in our country.”

“I feel the same way. Why, if I ever lied on an application for a job I’d be fired in a heartbeat, and here Omar is in our country even having lied about her immigration status and she’s still here. I just don’t understand it.”

“Then let me spell it out to you. The forces that want to trash our Constitution are getting increasingly bold day by day. Even after the murders in Kuwait and Ft. Hood, our military still accepts Muslims in its ranks.”

“How stupid is that?”

“Equally stupid as the Joint Chief’s of Staff denying LTC Terry Lakin’s Constitutional rights as he was being railroaded in a kangaroo Court-Martial to see if the de facto worthless cheap suit Barry Soetoro, aka Barack Obama, was eligible to hold the office of president.”

“I heard about that and was really disappointed to learn that the White House released a BIRTH CERTIFICATE prior to Lakin’s release. So, if they could have done that, why didn’t they do it during Lakin’s trial?”

“Because, in order to be received as evidence, it would have to be verified, which it wasn’t.”

“You mean the BIRTH CERTIFICATE that Obama gave the press was a fake?”

“As fake as a three-dollar bill.”

“Why wasn’t it reported in the news?”

“The same reason why Omar won’t be deported: we don’t run the government anymore; the Deep State does.”

Sound of train horns, getting louder.

“Oh, saved by the train. Have to run; nice talking with you.”

“And off she goes. Good time to take a commercial break.”

“And we’re back with Sam, who is a city employee who works in the Department of — what department did you say you worked in?”

“Department of Proper Relaxing Methods, or ‘REM,’ for short.”

“On the level, trust me. Ever see a county employee leaning on a shovel? Of course you have; we all have. But did you know that there’s a right way to lean on a shovel without stressing certain muscle groups? Did you know the proper stance of having an arm resting on a water cooler? And that’s what we do: we make instructing shorts on how to get the most out of relaxing while on the job.”

“Fifteen-minute films; in color with sound. Matter of fact, I’m on my way to negotiate a deal with the Chicago Symphony Orchestra for soundtrack music.”

“That’s right; nothing but the best for our hardworking taxpayers. And here’s my train. Bye.”

“See you around, Sam. Let’s take a quick break.”

“And we’re back about to waylay another neighbor of ours. Excuse me; care to be interviewed on live TV? Roving here for ‘Pulse.’”

“Oh, yes, hello, Mr. Roving; watch your show with the dog. My name is Dave and I’m a retiree off to watch the trains go around at the museum.”

“Welcome to the show, Dave. So, tell us what’s your main gripe these days?”

“Besides the illegal immigrants trying to run red lights? You know they don’t yield, either; must be some sort of macho-cultural thing. Like to see them run a railroad-crossing gate.”

“Me, too. Okay, Dave, what’s your pet peeve with our government these days?”

“What are we doing in Afghanistan, changing hearts and minds? That’ll get us about as far as it got us in Vietnam*, don’t you think?”

“Look, the Muslims in Afghanistan hate our guts, for a number of reasons. First of all, we’re desecrating their land; after all, we’re unbelievers, right? We’re also from ‘The Great Satan’; believe in free speech; like our women to have equal rights; and we, horror of horrors, support Israel. But the worst is, we’ve shown weakness, and that’s the worst thing we could have done.”

“Weakness in what way?” 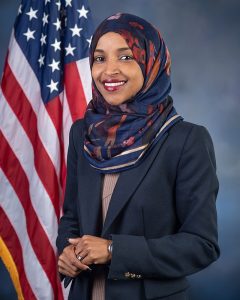 “This Omar character is badmouthing our country and we don’t do diddly, that’s what. They know she lied to get in; they know she’s 100% Muslim and hates our guts as much as the rest of them; and they know we’re not going to do anything about it, because we talk a lot but we don’t back it up. Answer me one question: why isn’t Hillary in jail? And why hasn’t Obama been exposed for being a fake, nothing more than a Muslim plant who hates America as much as his wife and all the other Muslims? Why do we have to have any Muslims in our country? They hate us, as if we don’t know. Come on.”

“Tell me I’m wrong when Hillary is escorted through the airport lobby, shackled as they did to Terry Lakin, on her way to a federal penitentiary. Here’s my train. Bye.”

“Whew, but there’s one opinionated city employee, although the point about Hillary still walking around free running her mouth is right on target. Hey, will you look at the time? And so, on behalf of the crew, I’ll be wishing you all a goodnight: Goodnight.

[*Vietnam: When I first got to Vietnam I was gung-ho about winning the war, but it didn’t take long to figure out I was just like everyone else: cannon fodder. I was there firsthand and saw our troops getting shot up, and when the artillery stopped, I was the only one out of 800 who asked why we stopped firing. I broke every military protocol in the books to ask that question to the head honcho only to be told, “We reached our quota of ordinance spent for the day.” So I’m not buying what the Pentagon is spewing these days: the only way you’ll be right is figure that they’re lying to us. So don’t tell me we’re in Afghanistan to “win.” Yes, I know, it’s not like Vietnam: in Vietnam we could’ve won a better life for the South Vietnamese instead of turning tail and running away, leaving our friends at the mercy of a bunch of butchers. Thanks a lot, Jane Fonda, and all you other “Anti-War Peaceniks”; you condemned a whole country to suffer at the hands of the Communists. As far as Afghanistan is concerned, they’re Muslims and we’re not doing anyone any good except to line the pockets of the greedy merchants of war, those who perpetuate the meat grinder.]

One Response to "Send Her Back; Send Them All Back (RR)"