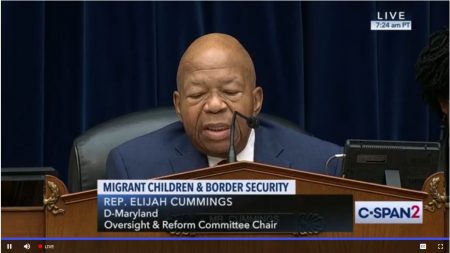 On Thursday, ranking member Jim Jordan (R-OH4) wrote a letter to Cummings asking that four Republicans from border states be permitted to testify.  At 10:29 a.m. EDT, Rep. Andy Biggs (R-AZ5) is testifying as to his observations of a housing facility for border-crossers.

Biggs took issue with some congressional Democrats’ previous claim that the influx of hundreds of thousands of “migrants” over the last eight months was a “manufactured crisis.”