“IN ALL I AM BLESSED TO SEE THEM” 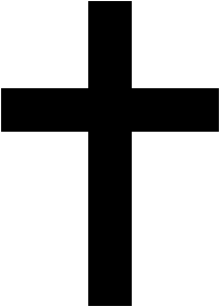 (Jul. 5, 2019) — An Alabama couple whose three children were placed with their maternal grandparents despite no substantiated allegations of abuse or neglect against their parents were able to speak in person with the children on two occasions last week, their mother, Kanika Williams, reported Thursday.

The two visits took place after church, Mrs. Williams said, with the son and two daughters who Los Angeles DCFS placed with her parents on a track to adoption.  The eldest two children are now legally adopted, Kanika said, their last names changed, and the middle name of her second child changed.

The status of their third child is not known to them presently, Mrs. Williams said, although adoption proceedings began for her in March 2017.

The Post & Email covered the Williamses’ series of appeals through the California courts to the U.S. Supreme Court, which in April 2018 declined to review their petition for a Writ of Certiorari.

The last visit Kanika and her husband Roosevelt had with the children prior to last week occurred days before they received the denial letter from the U.S. Supreme Court clerk.

Although their legal address was in Alabama, Los Angeles DCFS claimed jurisdiction after Kanika’s mother contacted the child-protective agency while the eldest child was staying with her temporarily in southern California, Roosevelt and Kanika told The Post & Email in a number of interviews beginning in .  For more than six years in one of the longest-running dependency cases in California’s history, Kanika told us, she and Roosevelt traveled to Los Angeles from Alabama to attend hearings and plead their case for regaining custody, albeit unsuccessfully.

Kanika believes her father, who is a semi-retired attorney and acquainted with the dependency-court judge, Marguerite Downing, who presided over her children’s cases, enjoyed an advantage.  According to DCFS spokesman Armand Montiel, the placement of a child who enters the “dependency” system on a rapid track to adoption is an unusual step unless the parents have been accused of serious harm or death to a child.

Both Roosevelt and Kanika expressed to this writer that they believed that “adoption was always the plan” for their children.

The Williamses are not alone in claiming that the removal of their children was unwarranted and the demands of the Department on parents under scrutiny are never satisfied.  Conversely, a recent state audit of the Los Angeles DCFS concluded that the agency “Has Not Adequately Ensured the Health and Safety of All Children in Its Care.”

Kanika said her mother was not pleased with the encounter on Sunday following a church service and described her father’s reaction as “standoffish” but not openly hostile.

Despite a degree of unavoidable awkwardness, Kanika told us Thursday, she found great joy in having the opportunity to visit with the children.  “In all I am blessed to see them,” she wrote in one of two emails describing the encounters.