The Humanitarian Hoax of the United Nations: Killing America With Kindness – Hoax 36 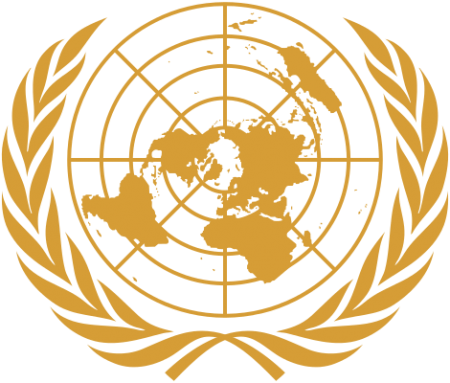 (Jul. 3, 2019) — The Humanitarian Hoax is a deliberate and deceitful tactic of presenting a destructive policy as altruistic. The humanitarian huckster presents himself as a compassionate advocate when in fact he is the disguised enemy.

The United Nations is an institutional humanitarian hoax promoting its destructive Agenda 2030 infrastructure for one-world government as the altruistic advancement of world peace. This is how it works.

First, a little history. The United Nations began as a wartime alliance between the allies against Nazi Germany. President Franklin D. Roosevelt suggested using the name United Nations to refer to the allies of World War II. In 1942, the declaration of the allied United Nations articulated its purpose and was signed by twenty-six sovereign governments:

Having subscribed to a common program of purposes and principles embodied by the Joint Declaration of the President of the United States of America and the Prime Minister of Great Britain dated August 14, 1941, known as the Atlantic Charter,

Being convinced that complete victory over their enemies is essential to defend life, liberty, independence and religious freedom, and to preserve human rights and justice in their own lands as well as in other lands, and that they are now engaged in common struggle against savage and brutal forces seeking to subjugate the world,

(1) Each Government pledges itself to employ its full resources, military or economic, against those members of the Tripartite Pact [Germany, Italy, Japan] and its adherents with which such government is at war.

(2) Each Government pledges itself to cooperate with the Governments signatory hereto and not to make a separate armistice or peace with the enemies. The forgoing declaration may be adhered to by other nations which are, or which may be, rendering material assistance and contributions in the struggle for victory over Hitlerism.”

The structure of the original United Nations was fifty-one sovereign nations organized by regions, including the five permanent members of the security council:

From 1945-1965 six non-permanent members rotated in and out of the security council – the six seats were organized and apportioned by regions. During that period there were Latin American seats (2), Commonwealth seat (1), Eastern European & Asian seat (1), Middle Eastern seat (1), and Western seat (1).

The structure/form of the United Nations is as significant as its content/policies – because the form defines the power awarded to implement UN policies through its principal units and system agencies. We will examine both.

The UN is structured with six principal components:

The UN System agencies include the World Bank Group, the World Health Organization, the World Food Program, UNESCO, and UNICEF. The United Nations has become a comprehensive global organization influencing public policy worldwide. So, what is the problem?

The United Nations has abandoned its initial mission to encourage world peace for sovereign nations through cooperation and communication. The United Nations has redefined itself as a globalized body promoting peace through one internationalized world without borders. The reorganization features one government, one flag, one culture, one currency, one language, one educational curriculum, and one ruling elite. This rejection of the sovereignty of nations including the unique cultures and traditions of individual countries is an egregious power grab by the globalist elite who will return the world to the feudal structure of masters and slaves – it is the New World Order which is decades old.

English aristocrat Bertrand Russell described the imperious power grab in his unapologetic 1952 book The Impact of Science on Society. Russell argued that the solution to the Malthusian dilemma of not enough natural resources to support the growing world population is the elitist New World Order. Russell’s imagined New World Order is being implemented by the comprehensive UN Agenda 2030 using the mechanisms of its system agencies including:

The announced and demonstrated goal of today’s United Nations is to collapse the sovereignty of nations and to reform the nation states into a globalized world order under one-world government implemented by the United Nations itself. It is a long-term project. Globalized educational indoctrination prepares the world’s young people for citizenship in the New World Order. The propagandized curriculum is designed to produce voters who will eventually vote for one-world government – no bullets required.

Wealth redistribution, massive immigration, and educational indoctrination are the three main tactics in the United Nations war on the sovereign nation states of the world.

Consider the UN Agenda 2030 and its 17 Sustainable Goals.  All promote the globalist elite’s New Old World Order – for our own good, of course. The globalist elite have just repackaged feudalism and are busy putting lipstick on a pig and selling it worldwide through their six principal components and the globalized UN integrated System Agencies.

There are 193 member states in the United Nations and according to Freedom House only 87 are full-fledged democracies. This means that the majority of UN member states are not democracies.  One state, whether democratic or undemocratic = one vote. The Organization of the Islamic Cooperation (OIC) that works to promote interests of Muslims worldwide is the largest bloc in the non-aligned movement and G-77. This means that theocracies ruled by sharia law exert enormous influence at the United Nations. The effort to criminalize criticism of Mohammed as hate speech worldwide is an effort of the OIC.

The United Nations has launched a massive new anti-hate speech campaign introduced by former socialist Prime Minister of Portugal, now current UN Secretary-General Antonio Guterres on 6.18.19. The campaign sounds humanitarian – political hoaxes always do. The reality is that socialists at the United Nations, in the United States, and around the world have a politically specific idea of what hate speech is – anything that disagrees with their socialist narrative. That poses a problem for nation states and citizens who prefer their national sovereignty, property rights, free markets, and individual liberties.

Free speech is universally the first liberty that is eliminated in any oppressive government in the world – the United Nations is trying to drive the world toward one-world government and considers any opposition to its objective to be hate speech. The once-extraordinary voice of sovereignty and freedom is now the tyrannical promoter of one-world government implemented through their own globalized infrastructure.

The original mission of the United Nations was to protect the peace and sovereignty of the nation states against Hitlerism. The United Nations is now the enemy of the sovereignty of nation states and is diametrically opposed to traditional American values. Globalism rejects national sovereignty, defensible borders, independence, personal liberty, the meritocracy, and the authority of the United States Constitution which provides American citizens guarantees of free speech, separation of church and state, and the mechanisms for legal immigration into the country.

The United Nations cannot be allowed to restrict free speech in the name of humanitarian altruism – it is a humanitarian hoax of colossal proportions. Free speech is the foundation of all freedoms – without free speech there is no freedom. We cannot allow anyone or any organization including the discredited United Nations to dictate policy and supersede the United States Constitution. The United Nations and its like-minded organizations including the Muslim Brotherhood, the socialists leading the US Democrat party, Google, Facebook, or Twitter, cannot be permitted to determine what is and what is not allowable free speech in America. Free speech is the essential foundation of freedom guaranteed by our precious Constitution.

The Islamists in the African Group + Asia-Pacific Group including Arab nations claim that Islam is peaceful. Peace for an Islamist means when all the world is Muslim ruled by sharia law. The globalists at the United Nations claim their Agenda 2030, including its latest anti-hate speech campaign, is peaceful. Peace for the United Nations’ globalists means when all the world is internationalized and united under one-world government ruled by themselves.

If we allow the United Nations, the Muslim Brotherhood, or their quislings to restrict our free speech, then we are collapsing the foundation of our constitutional republic. We can never allow an international organization like the UN to dictate policy to the United States of America. If we do, we have surrendered our Constitutional freedoms and become part of their feudal one-world government. 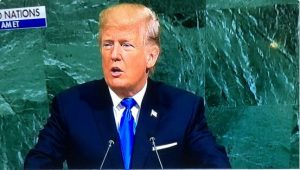 The 2020 American presidential election is pivotal in determining the future of America and the future of the world. A vote for any of the Democrat Party’s candidates facilitates the United Nations and its objective of one-world government. A vote for America-first President Donald Trump insures a free, sovereign, and powerful America. Hopefully, in his second term, President Donald Trump will consider withdrawing the United States from the failed and menacing United Nations.

The Humanitarian Hoax of the United Nations: Killing America With Kindness – Hoax 36 added on Wednesday, July 3, 2019