“AS MANY CHOICES AS POSSIBLE” 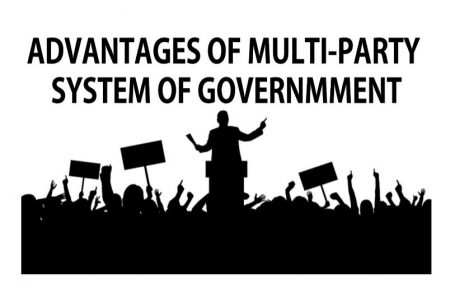 (Jul. 4, 2019) — Politics is defined as the various activities that are related to the governance of an area such as a country or state. Most countries worldwide, except a few, have successfully implemented a political system known as the multi-party democracy. This system is supportive and invaluable to the growth of developing not only countries but also first world countries.

Let us compare a multi-party system to various smartphone companies worldwide. You have no doubt realized how many brands there are today. Though you might not buy every model there is, it is always better to have a choice. You can see the similarity with a multi-party governing system, whereby there are more than two political parties, each with their ideas and opinions about how the nation should be governed.

These systems of government are taught in most learning institutions, to teach students about the distribution of power in government. This is often the topic that students present to their preferred essay writer service as it is a widely examinable subject. This is important because students are provided with the opportunity to get leadership roles in the future and be productive members of society.

Advantages of a Multi-Party Governing System

Often in most countries, these multi-party systems end up having all the characteristics of a two-party system of government when only two of the political parties have all the power. It is evident that multi-party democracy is thriving only when the political parties involved in building the nation have the country’s best interest as their foremost priority. For instance, when there is an agreement of the various ideologies, approaches, and goals, a country will prosper.

Due to political differences, these ideologies, goals, and approaches are likely to create discord; which is the case in most developing countries whereby all the political parties each have their own agendas and are willing to do almost anything to get into power. However, it is among the few systems of government that provide citizens of any country, nation, or state with a say in the various leadership role such as presidents, governors, and ministers. Here are some of the benefits of implementing a multi-party governing system:

A guiding principle of a democratic system is that people should be allowed to choose the leaders they want. This multi-party system enables people to have as many choices as possible.

The implementation of a multi-party system does not necessarily guarantee that there is a peaceful change of leadership but provides mechanisms that promote transparent and diplomatic elections.

The operation of a multi-party system is based on allowing parties with different opinions and ideas to have a say in the country’s affairs. Once a party is voted into government, all the rest become the opposition.

Since with a multi-party system, you can have as many political parties as are needed, minorities are represented in the elections.

The implementation of a multi-party governing system offers people an avenue for giving constructive criticism to the government. This prevents leaders from becoming dictatorial and repressive.

You are allowed to join any political party based on your beliefs and the policies they represent. This alone encourages even more people to be actively involved in politics.

The more political parties there are, as is the case of a multi-party system, the more competition there is to impress the citizens with favorable policies and promises. This competition guarantees people get to pick the most lucrative option for the many that have been provided.

When compared to other systems of government worldwide, such as two-party systems, dictatorships, and monarchs, a multi-party governing system offers more promise for the continued growth and development of a nation, all while considering the opinions of its citizens. However, you should also know that multi-party systems are not always the best; it all depends on the ruling party and the opposition setting aside their political differences for the nation.

Multi-Party Democracy: Why it is a Good System of Government added on Thursday, July 4, 2019

One Response to "Multi-Party Democracy: Why it is a Good System of Government"