(Jun. 20, 2019) — Many people think that science is somehow immune to frauds and misrepresentations. Application of the “scientific method” supposedly weeds out the bad apples. Yet, just as in every other human endeavor, there are always scientists who will lie, cheat, and steal to get ahead. A few even received Nobel Prizes before they were found out.

One of these deceptions has yet to be effectively unveiled. The cost to medicine, human health, and energy is huge. That is the unsupportable concept that even the smallest amount of radiation could lead to the production of cancer cells in the human body.

This misguided hypothesis is a consequence of what is called the Linear No Threshold (LNT) model, the idea that there is no threshold below which a potentially dangerous substance causes significant health problems. Dr. Edward J. Calabrese, Professor of Toxicology at the University of Massachusetts, School of Public Health and Health Sciences, Amherst has dedicated much of his professional life to exposing this terrible misconception born of an outright fraud of a single scientist and a few collaborators, supported by hundreds of unwitting followers.

Calabrese, founding Editor-in-Chief of the scientific journals Human and Ecological Risk Assessment and Dose-Response, reviewed communications that began on July 22, 1927 in the journal Science, where the first claims of radiation damage were made, to very new investigative discoveries, increasing the evidence for fraud.

Paul Driessen wrote about Calabrese’s work in November 2018 in his article “Fraudulent science behind radiation regulation.” Now, further investigation has led to an even clearer trail of fraud behind the 1946 Nobel Prize for Physiology or Medicine. It was awarded to American geneticist Dr. Herman Muller for his claimed discovery that the smallest element of radiation could lead to the formation of cancer, allowing for no safe threshold of radiation. As a result, radiation medicine has been held back ever since. It has also contributed to unwarranted fear of nuclear energy.

Calabrese uncovered initial papers connected to Muller’s research in the 1920s that appear not to have included mention of radiation-caused gene mutation, a “fundamental” finding that has been shown to be in error based on modern nucleotide research methods. It is clear now that Muller should not have received the Nobel Prize for this ‘discovery.’ The evidence shows that the Linear Dose Response Single Hit model (LNT) developed by Muller was based on the flawed assumption that he had induced gene mutation in common fruit flies by bombarding them with X-rays, a conclusion that even his close friend, William Rice Institute biologist Dr. Edgar Altenburg, told him was incorrect. In a 1929 paper in the Journal of Genetics, geneticist and 1983 Nobel Prize winner Dr. Barbara McClintock showed that Altenburg’s criticism of Muller’s work was justified.

Muller’s Nobel Prize Lecture, following the award in Stockholm, was deliberately deceitful, claiming that there was no scientific basis for using a threshold dose response model for radiation, which asserts that radiation below certain thresholds are harmless. Evidence demonstrates that Muller had seen the findings that there is indeed a threshold level of radiation where no cellular damage results and knew the implications, prior to the Nobel Lecture. Muller was untruthful in subsequent publications, misrepresenting the findings of a key study in order to support the LNT.

In current practice, toxicologists use actual experiments to establish dose response relationships and determine what exposure to various kinds of radiation or chemicals pose cancer or other health risks to humans. Recognition of this in medicine goes back to the 16th century when Paracelsus, a Swiss physician and chemist said,

“all things are poisons and nothing is without poison; only the dose makes the poison.”

It is now recognized that low doses of many substances known to be poisonous in high doses are not only benign, but have proven to help animals and humans to ward off disease much in the way vaccines work. This is now referred to as hormesis, and examples abound in modern medicine. Yet government agencies have ignored these facts and continued to use the LNT model.

The President of the Rockefeller Institute for Research (later the Rockefeller University, one of the leading players in studying the biological effects of radiation (and a supporter of LNT)), and the head of the National Academy of Science (NAS) were the same person at the time the Biological Effects of Ionizing Radiation (BEIR) committee of NAS was initially reviewing radiation effects. This was clearly a major conflict of interest. It permitted this person to stack the BEIR committee with geneticists who believed in the LNT rule, while excluding those who did not. He also selected the chair of the Panel which funded geneticist researchers. It has made paddling upstream against this terrible falsity too difficult for most scientists.

The Chair of the NSA’s BEIR committee Genetics Panel at that time was a senior administrator at the Rockefeller Foundation, a group which also would have supported LNT. He manipulated the Genetics Panel by offering large, continuing, and flexible funding for research if a scientist’s conclusions were in line with the goals of the Foundation.

The BEIR committee Genetics Panel itself, misrepresented the research record on two important instances in Science in June, 1956. When asked to provide written documentation to substantiate their continued support for the belief that there should be no lower threshold below which radiation was safe, they refused to comply. The Genetics Panel also made a fundamental error in concluding that X-ray-induced damage was determined by total dose, not dose rate. This permitted the Panel to adopt and recommend continued support of LNT, which the NSA President then approved.

Based upon this advice, the non-governmental National Council of Radiation Protection Measurement (NCRPM) generalized the LNT recommendation to somatic cells (“any cell of a living organism other than the reproductive cells,” ref. OxfordDictionaries) in a paper published on December 19, 1958 in Science. The problem was, the BEIR Panel findings and recommendations were based on research with mature spermatozoa, which lack DNA repair.  However, somatic cells have fully functioning DNA repair. Thus, the NCRPM paper was seriously flawed.

The next NAS BEIR committee (1972) continued to recommend the use of the LNT for radiation-induced mutation and cancer. The Environmental Protection Agency (EPA) accepted this recommendation and generalized it to chemical carcinogens in 1975.  However, it was subsequently shown that the study on which the BEIR committee made the 1972 recommendation had a significant error. Once the errors were corrected by the original researchers, the dose response reflected a threshold dose response model (i.e., one in which there was no effect below a certain threshold) for males and an hormetic response (i.e., one in which there was a positive effect below a certain threshold) for females.

The senior author of this article (Dr. Lehr) recognized the importance of radiation dose rates to determine health impacts when he made every effort to reduce the concern over radiation emissions at Fukushima, Japan following the 2011 tsunami that destroyed the nuclear power plants. Understanding the volume and timing of the radiation emissions and the prevailing winds in the area, he was sure there would be no radiation fatalities. That proved to be correct even though hysteria continued for years. Driessen reported:

“the 2011 Fukushima nuclear disaster was exacerbated by a commitment to the LNT, which persuaded the Japanese government to mandate that people be moved unnecessarily miles from their homes. That led to an estimated 2,200 premature elderly deaths due to stress. Not a single radiation illness or death occurred, because there was never enough radiation lasting long enough in the prevailing winds to cause either.”

Muller’s story is one of unbridled ambition, self-serving manipulation and a scientific community and Nobel committee that failed to demand accountability. The deception continues to this day, leading to over-regulation, depriving patients of improved medical treatment, and continuing unwarranted fear of nuclear energy. 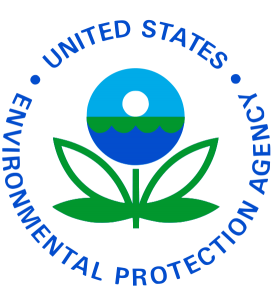 We believe that, regardless of Muller’s deceit, the most significant criticism should be directed at the EPA and other government agencies that have uncritically adopted and sustained Muller’s finding as the foundation for cancer risk assessment. They have permitted the review process to be dominated by ideological perspectives that must end if healthcare is to be optimized by using low dose radiation to arrest or cure cancers and prevent needless deaths.

The reasons behind this travesty of science and medicine are simple. First, prominent scientists do not like to be found incorrect on major issues and so many will not admit to their mistakes no matter what the evidence shows. Second, misguided anti-nuclear activists view all radiation as evil, even when it clearly has no impact, or even benefits people’s health and welfare. It is high time for the radiation hoax to be exposed.

Radiation Fraud Must be Exposed added on Thursday, June 20, 2019

4 Responses to "Radiation Fraud Must be Exposed"