(Apr. 29, 2019) — On Monday night’s “Hannity,” Reps. Mark Meadows and Jim Jordan told host Sean Hannity that Obama deputy national security adviser Ben Rhodes was not honest earlier in the day when he said the Obama regime knew nothing of the FBI’s counterintelligence probe into the Trump campaign.

Rhodes was responsible for crafting a public message after four Americans, including an ambassador, were killed in a terrorist attack on September 11, 2012 in Benghazi, Libya.  The Obama regime had publicly stated that the violence, death and destruction carried out by Muslims in Benghazi arose from their viewing of an obscure internet video, a claim discredited within three weeks and which the regime was forced to admit was untrue.

The FBI’s unprecedented investigation into the Trump campaign gave way to a 22-month investigation conducted by Special Counsel Robert Mueller, concluded last month with no finding of “collusion” between Russia and the campaign.

Some in Congress now wish to discover exactly when and why the FBI opened its investigation into the campaign when its major premise of “collusion” with Russia was found to be unsubstantiated by the $30 million effort which Trump always claimed was a “witch hunt.”

Mueller’s team of prosecutors found there was Russian interference in the election in the form of social-media posts and paid advertisements, breaches of the DNC server and unsuccessful attempts to enlist members of the Trump campaign in its efforts to sow discord among the American electorate in the months leading up to the November 2016 election.

Page was never charged with a crime and has claimed his life was threatened as a result of the FBI’s having labeled him in documentation presented to the FISA court an “agent of a foreign government,” namely, Russia. 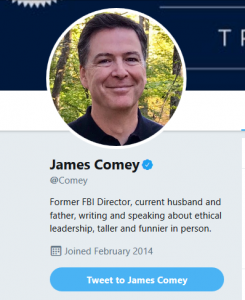 Inconsistencies among former and current FBI and DOJ officials’ statements in closed-door and public testimony as to the catalyst for Crossfire appear in transcripts already released by House Judiciary Committee ranking member Doug Collins in recent weeks.  On Monday night Jordan identified “the Comey cabal” of now-former FBI and DOJ officials who appear to have been orchestrating an effort to prevent Trump from winning the White House; thwarting his presidency once he won the election; and discussing ways he might be removed from office after he fired James Comey nearly two years ago.

Last week, John Solomon of The Hill reported that contrary to the FBI’s given launch date of “Crossfire Hurricane” of July 31, 2016, apparent plans to sabotage Trump’s chances of winning the election had their origins in the Obama White House in January 2016.

During his interview Hannity with Meadows and Jordan, Hannity claimed there are “53” additional transcripts to be released, with which the congressmen did not take issue. In congressional testimony two weeks ago, Attorney General William Barr said he believes “spying did occur” on the Trump campaign and that he would seek to discover whether or not it was “adequately predicated.”

As to Rhodes’s prediction, made earlier Monday in an interview with PJ Media, that Barr’s pledged investigation “will find nothing that suggests there was any political or White House involvement in any of that,” Meadows said, “We will find that he gets four Pinocchios for his performance today, because the evidence would suggest that not only was he aware of it, but certainly the Obama administration was aware of it. We know ten days after what we now know as Hurricane Crossfire [sic] — the investigation into Trump — that there was a briefing at the White House with Obama’s chief of staff, so to suggest that he didn’t know anything is just not accurate.”

While still director, Comey declined to tell the American people that Trump was allegedly not under investigation, as he had averred to Trump privately.

“When do we get this information?  When do we get FISA applications? When do we get 302s, Gang of Eight?” Hannity asked toward the end of the segment, referring to as-yet classified documentation stemming from Crossfire and the Mueller probe, to which Meadows responded, “The president has guaranteed that he’s going to declassify those things.  I think the attorney general Barr will set the time frame, but I think we’re finally looking at weeks, not months.”

“I told you it’s coming cascading down,” Hannity said, following a similar pronouncement of April 3.  “It can’t be stopped at this point: an avalanche.”