“WHAT REALLY MATTERS” IN SAFEGUARDING THE EARTH 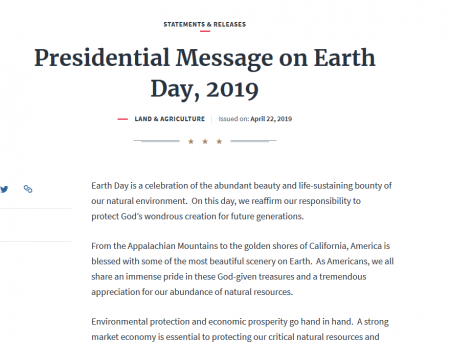 (Apr. 26, 2019) — Despite the anger of activists about President Donald Trump’s official Earth Day statement, he was right to highlight the important role economic prosperity and a strong market economy play in protecting the environment. After all, without prosperity, we cannot afford to properly protect nature. The President explained:

“Environmental protection and economic prosperity go hand in hand. A strong market economy is essential to protecting our critical natural resources and fostering a legacy of conservation. “

CCR-II-Fossil Fuels describes what economists call Environmental Kuznets Curves (EKCs) which show how environmental degradation rises with national per-capita income until a certain critical point is reached, after which the environment starts to improve. 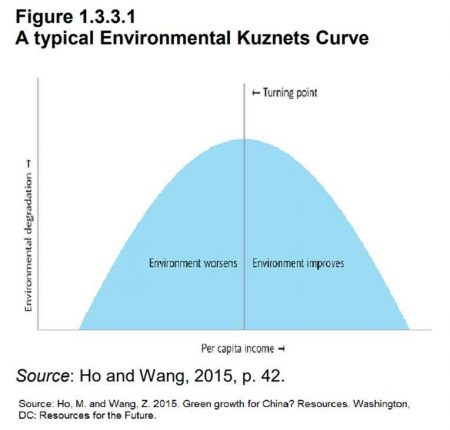 For example, CCR-II-Fossil Fuels cite researchers Grossman and Krueger (1995) who:

“conducted an extensive literature review of air quality over time and around the world and found ambient air quality tended to deteriorate until average per-capita income reached about $6,000 to $8,000 per year (in 1985 dollars) and then began to sharply improve. Later research confirmed similar relationships for a wide range of countries and air quality, water quality, and other measures of environmental protection.”

Before the creation of EKCs, many well-informed people thought that wealthier countries damaged their environment more than poorer nations. The only way out of this dilemma was to de-industrialize and reduce incomes, they thought. But we know now that the exact opposite is true. While factors such as the strength of democratic institutions, levels of educational achievement, and income equality play a role, Trump was completely right to link prosperity with environmental protection.

And finally, CCR-II-Fossil Fuels demonstrates that the prosperity made possible by free markets creates the circumstances needed to better protect the environment. The report concludes:

“Without markets, a poorer and hungrier world would have little regard for the environment or the interests of future generations, being too busy meeting the more immediate needs of finding food and shelter.”

Bravo to President Trump to making Earth Day a time to remember what really matters for environmental protection—prosperity and free markets.

Tom Harris is Executive Director of the Ottawa, Canada-based International Climate Science Coalition and a policy advisor to The Heartland Institute.

Trump Right about Prosperity and the Environment added on Friday, April 26, 2019