“WHAT WILL BE THE ACTUAL BENEFIT?” 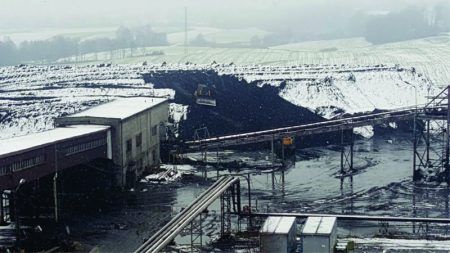 (Mar.16, 2019) — The “green wave” of utilities shutting down coal fired power plants in the name of climate change has hit a rock, with bigger rocks to come. In this case the rock is the activist Burn More Coal, with the help of the US Securities and Exchange Commission (SEC). The big rocks to come are shareholder meetings of the monster utilities Duke Energy and Exelon, plus many more as well.

As we explained three months ago, Burn More Coal (BMC) is filing proposed stockholder motions calling on the green wave utilities to account for their lavishly expensive carbon cutting plans, given that there is no regulatory requirement to make these cuts. Their first hits were on Duke and Exelon.

Not surprisingly, the utilities resisted in writing, so these twin issues went to the SEC for adjudication, along with BMC’s responses. Now the SEC has ruled in BMC’s favor, so the motions will go to the stockholders for a vote. The entire correspondence is available here. It is a fun read indeed.

BMC’s proposed shareholder resolutions are simple and elegant. The two are very similar and here is the Duke example:

Shareholders request that, beginning in 2019, Duke Energy annually publish a report of actually incurred company costs and associated actual/significant benefits accruing to shareholders, public health and the environment from Duke’s environment-related activities that are voluntary and exceed federal/state regulatory requirements. The report should be prepared at reasonable cost and omit proprietary information.”

There is also a Supporting Statement, which includes this pointed clarification:

“Duke says its “goal” is to reduce CO2 emissions 40% from 2005 levels by 2030. No law or regulation requires this action. What will be the actual benefit to anyone or anything of it? Global CO2 emissions are higher now than ever and increasing. China is reportedly now adding coal plant capacity equal to the entire US coal fleet. Around the world, there are reportedly 1,100 coal plants under construction. In comparison, Duke operates a mere 14 coal plants. So what are the actual benefits to ratepayers, shareholders and the environment of meeting Duke’s goal? By how much, in what way, and when will any of these activities reduce or alter climate change, for example?”

The SEC ruling, a reply to Duke, is written in convoluted lawyer-speak, but the meaning is clear enough. Here is an example:

In other words BMC wants the shareholders to ask a question that Duke has not already answered. A very good question it is too, good enough for the SEC.

BMC principal (and legendary skeptic) Steve Milloy sums it up this way:

The SEC ruled that it wasn’t sure that Duke and Exelon aren’t lying and so will permit our shareholder proposal to be voted on. The significance (at a minimum) is that the SEC, an agency of lawyers whose mission is to promote corporate disclosure so as to prevent securities fraud, is open to the possibility that touting emissions cuts is misleading to shareholders and the public.

Since utilities are leading the way down the primrose path of emissions cuts, way ahead of even the Obama EPA’s Clean Power Plan and Paris Climate Hoax, our shareholder proposals are potentially the climate edition of “The Emperor’s New Clothes.” Moreover although we only filed proposals with Duke and Exelon this year, because that was the only stock we held for the requisite time, next year we will be able to file this same proposal with many other utilities.

If we are successful, utilities will need to justify CO2 cuts some other way than by claiming they are saving the planet.”

For readers who own stock in Duke or Exelon, you might consider giving BMC your proxy. They are also looking to expand their portfolio. These two SEC rulings are a clear precedent that the dynamite Burn More Coal motions cannot be blocked.

On to the stockholder meetings!

One Response to "Burn More Coal Wins Big with the SEC"