by Jerry Kane, ©2019, blogging at The Millstone Diaries 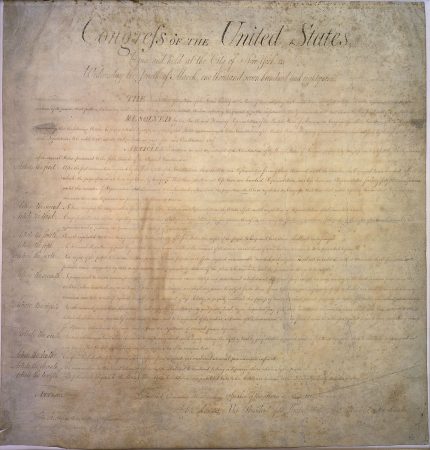 (Mar. 14, 2019) — Back in the day when leftists masqueraded as liberals, they’d often say, “I do not agree with what you have to say, but I’ll defend to the death your right to say it.” Although the aphorism’s meaning was lost on them, it reverberated within their “echo chambers” and gave them the pretense of magnanimity, which they seemed to relish at the time.

Today the leftists have bolted from the closet and have abandoned all pretense of embracing the protection of free speech. They’ve taken off the mask of liberalism, and discarded it along with their “cherished” aphorism. Now they are leading the effort to squelch freedom of speech, demanding that ideas and opinions they deem insensitive and hateful be censored and silenced on social media platforms such as Facebook, Twitter, and YouTube. Being hardcore leftists themselves, the CEOs of these social media giants have been more than happy to comply with their wishes.

First Stormfront, a white nationalist, white supremacist, neo-Nazi group lost its web address of more than two decades beginning the “crackdown against hate sites.” Whimpers chimed over the Internet, but not many on the right gave serious attention to what was happening. Next the social media giants collectively set their sights on Alex Jones, which garnered more attention and brought their assault on free speech to the forefront. Although they saw Jones as an easy target, he was the proverbial “canary in the coal mine” (albeit more Kuku than canary) warning Americans that the social media giants had joined forces and were out to purge the Internet from politically “inappropriate” ideas and “offensive” speech.

But the giants weren’t concerned because they viewed Jones as the tin-foil hat poster boy for offensive, insensitive, and hateful speech. They surmised that the mainstream conservative and evangelical opinion-makers would show little sympathy for Jones and wouldn’t make much noise about the violation of his free speech rights. And they guessed right because few of the mainstream talkers and pundits on the right voiced any genuine concern for what was happening to Jones.

As they say, the camel doesn’t stop once its nose is under the tent, so the social media giants went after more undesirable voices that they considered low-hanging fruit. They banned Dennis Prager, Franklin Graham, some lesser-known Christian ministries for posting “unsuitable” content on their platforms. And now it’s become a daily occurrence as more and more evangelicals, conservatives, classic liberals, and patriots are rounded up and shadow-banned by Twitter, censored by Facebook, and terminated by YouTube for expressing ideas and opinions that the giants claim violate their community standards regarding bullying and hate speech.

America needs a kid who’s good with a slingshot because the lauded movers and shakers and heralded opinion-makers with the loudest voices and biggest megaphones on the right are either intimidated, afraid, or controlled and won’t stand up and fight the giants. They know what’s been going on, yet they constantly promote the social media giants’ platforms on their shows, encouraging people to join the platforms and to like and follow them when they go there. They’re appeasers feeding the giants hoping to be the last ones censored and banned.

Conservatives, classic liberals, evangelicals, and patriots on social media find themselves on the horns of a dilemma. If they continue to express contrary thoughts, ideas, and opinions, they will be purged. If they self-censor and stop posting and tweeting their “offensive and hateful” thoughts, ideas, and opinions and go along to get along, some social media friend, social justice warrior, or LGBTQ and sometimes Y-stapo member will uncover something offensive they tweeted or posted years before they got their mind right and they’ll be given a strike or a time out or some other childish reminder that failure to communicate means time in the box.

Yet something must be done to halt the attack on free speech and to keep the giants from purging all their political and religious enemies from their platforms under the pretense of promoting inappropriate ideas and expressing offensive speech. Although the solution may prove to be easier said than done, it will solve the problem, and it doesn’t require government intervention.

If the majority of account-holding conservatives, classic liberals, evangelicals, and patriots on Twitter, Facebook, and YouTube would en masse join the giants’ competitors such as Gab, USA.Life, and Brighteon.com and ask their friends on social media to join them there, it’s likely Twitter, Facebook, and YouTube would backpedal their censorship and revise their speech code guidelines and community standards.

If the U.S. Constitution, the First Amendment’s freedom of speech and conscience clause, and the Founders’ belief in God-given rights and individual liberty mean anything to conservatives, classic liberals, evangelicals, and patriots in this country, this proposed solution will be easier done than said. What’ll happen next only God knows. “I didn’t come here to tell you how this is going to end. I came here to tell you how it’s going to begin. … Where we go from there is a choice I leave to you.”

Only You Can Prevent Social Media Giant Censorship added on Thursday, March 14, 2019