Harmer Claims Law Violated due to Lack of “Reentry Services”

“I’VE BEEN INCARCERATED FOR OVER 47 YEARS” 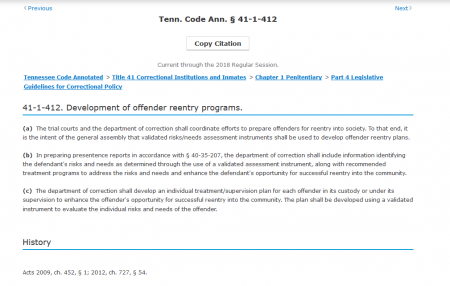 (Feb. 28, 2019) — As was reported last week by this writer on “Nooganomics” hosted by David Tulis, longtime TDOC inmate Grenda Ray Harmer continues to request “transition,” or “reentry,” services based on the anticipated conclusion of his most recent 25-year sentence approximately one year from now and existing Tennessee law.

Harmer has been housed at the Morgan County Correctional Complex (MCCX) since early June 2017.

A copy of a letter addressed to Tennessee Gov. Bill Lee received this week states that “The TDOC is not carrying out it’s statutory duty under legislative guidelines pursuant to § 41-1-412 ‘to prepare offenders’ in TDOC custody ‘for successful reentry into the community’ in regards to me.  Top TDOC central office officials in Nashville are denying me reentry services solely because I’ve exposed prison officials and staff wrongdoing.” [sic]

Over the last 2+ years, Harmer has reported food shortages, rampant gang activity, falsification of records, inadequate medical care, “harassment” and security risks at three different prisons, including MCCX. many of his reports have been supported by letters we have received from other inmates at those facilities as well as interviews, emails and letters from their relatives.

A frequent writer and reporter of alleged corruption at various Tennessee prisons where he has lived, Harmer believes he is the object of retaliation by TDOC Commissioner Tony Parker, who Harmer reports must personally review any relocation request made on his behalf due to the warden’s alleged claim that “nobody wants you.”

More recently, Harmer has reported that Warden Mike Parris has said that while Parris has deemed “the compound,” or general population area, unsafe for him, “…something needs to be done with you.”

Harmer has been in protective custody since August 1, 2017, and, as The Post & Email has related, has reportedly been provided only one review of that status when TDOC Administrative Policies and Procedures require a review “at least once every 30 days” and “at least every seven days” during the initial 60-day period in PC.

The statute upon which Harmer’s requests were made reads:

(a)  The trial courts and the department of correction shall coordinate efforts to prepare offenders for reentry into society. To that end, it is the intent of the general assembly that validated risks/needs assessment instruments shall be used to develop offender reentry plans.

(b) In preparing presentence reports in accordance with § 40-35-207, the department of correction shall include information identifying the defendant’s risks and needs as determined through the use of a validated assessment instrument, along with recommended treatment programs to address the risks and needs and enhance the defendant’s opportunity for successful reentry into the community.

(c) The department of correction shall develop an individual treatment/supervision plan for each offender in its custody or under its supervision to enhance the offender’s opportunity for successful reentry into the community. The plan shall be developed using a validated instrument to evaluate the individual risks and needs of the offender.

As he has previously, Harmer credited MCCX Warden Mike Parris and Associate Warden of Treatment (“AWT”) Ken Hutchinson with attempting to “get me programmed out.”  “Both Warden Parris and AWT Hutchinson advised top TDOC officials in Nashville that the TDOC has a statutory duty under § 41-1-412 and related statutes to send me to a facility where I can be transitioned out slowly,” he wrote on page 2.  “but Mr. Parker and other TDOC officials said ‘No!’, in regards to me.”

“In 12 months from now I’ll be released,” Harmer continued. “I should of already been sent to a Transition Center because: (a) I’ve been incarcerated for over 47 years and counting, (b) I’m institutionalized, (c) I’ve no money, (d) no job prospects, and (e) no where to go.” [sic]  He made the claim that “if the TDOC refuses to help me the chances I’ll re-offend is a 99.5% certainty.”

According to The Brookings Institution in 2016, “Successful reintegration is not just a concern for those who return from prison: it is also a matter of public safety and economic necessity. Accordingly, a criminal justice system that emphasizes incarceration but does not support the journey home does a disservice to the formerly incarcerated as well as to the public. Reducing recidivism is critical for community safety; providing effective rehabilitation and skill development for those incarcerated and formerly incarcerated is critical to strengthening households and the economy.”

Brookings also found that “77 percent of released prisoners are re-arrested within five years.”

According to a 2017 study from National Institute of Justice, a division of the U.S. Justice Department, “In response to concern about growing numbers of released prisoners with seemingly high recidivism rates, the federal government has sponsored several major initiatives that have led to the implementation of community-level prisoner re-entry projects across the country. In 2001, the Serious and Violent Offender Reentry Initiative (SVORI) provided $100 million in funding to 69 grantees at 89 U.S. sites. Five years later, the Prisoner Reentry Initiative provided funding to support re-entry programs in more than 30 states and, most recently, the Second Chance Act has generated several rounds of federal funding to aid local and state agencies in the creation and operation of offender re-entry projects. The prisoner re-entry concept has been broadly applied to any program that attempts to reduce recidivism for offenders released from prison. In general, however, programs given the “prisoner re-entry” label tend to focus on improving the delivery of services and programming across multiple areas such as housing, education, employment, and substance abuse treatment. Among the published outcome evaluations of offender re-entry programs, the findings about these programs’ ability to reduce recidivism have been mixed…”

Originally from Indiana, Harmer was incarcerated in that state for a number of years. In a previous letter he stated that Indiana prisons are even more harsh than those in Tennessee. 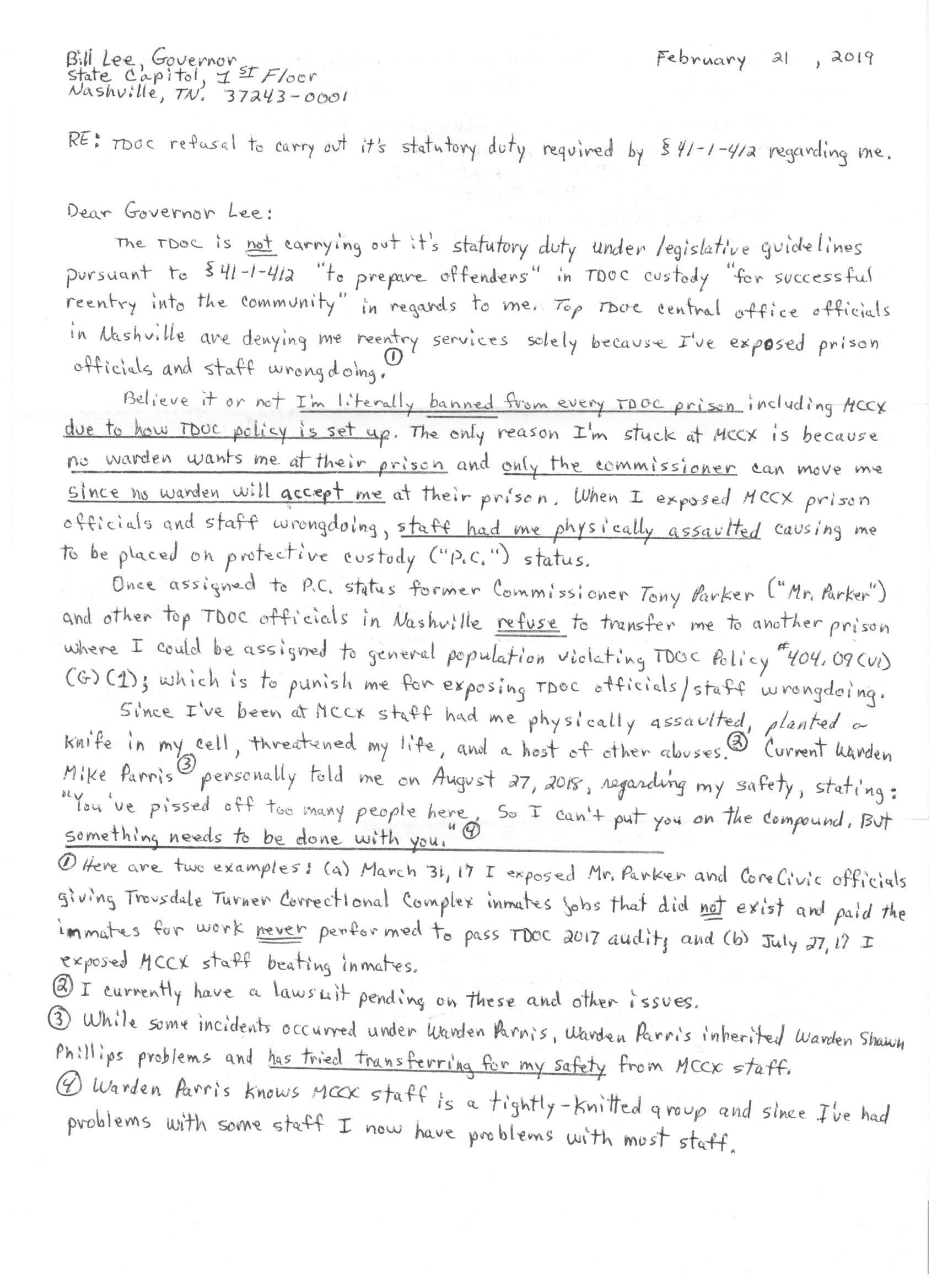 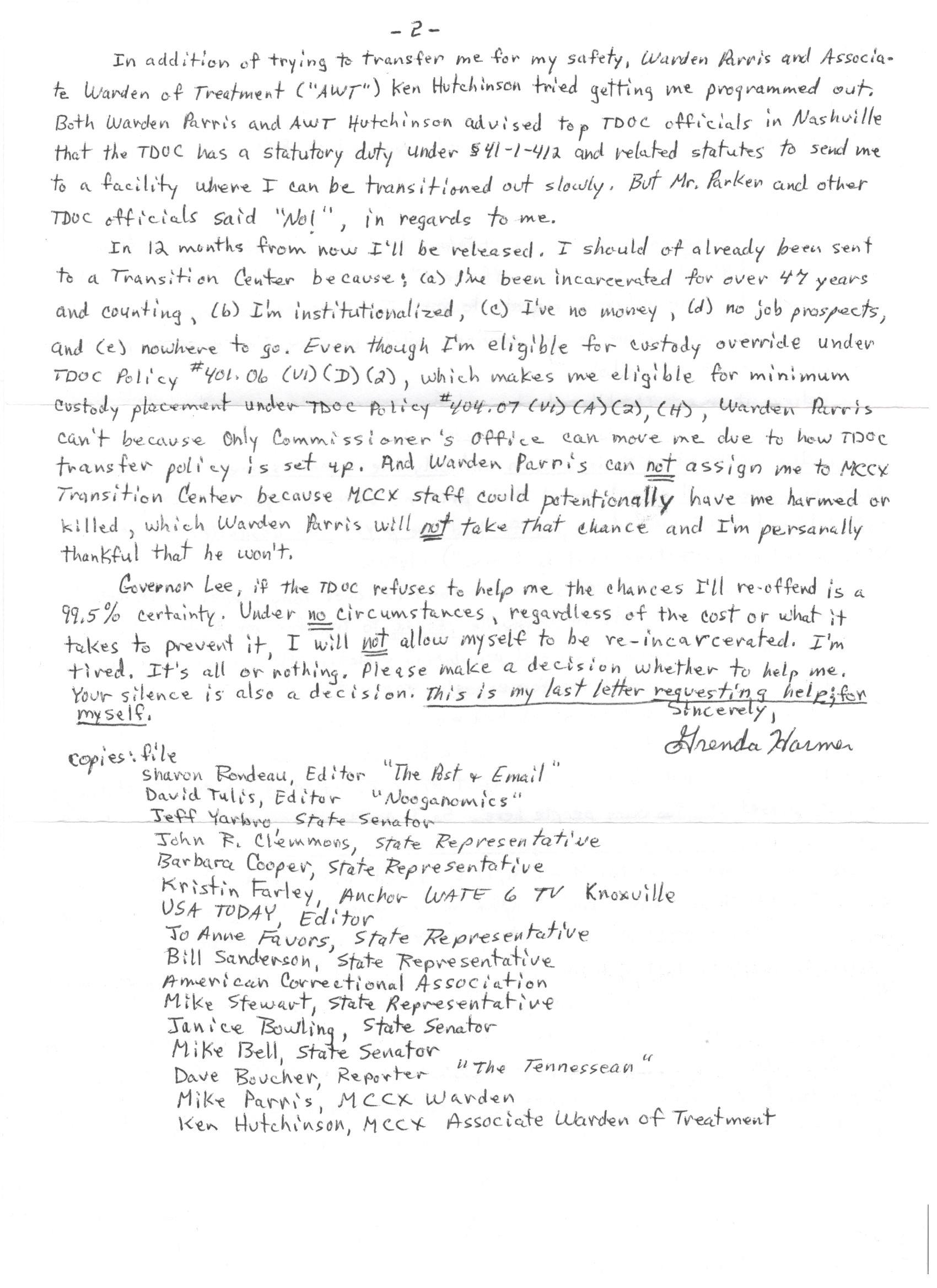