Inmate Told: “Nobody Wants You”

THE PRICE OF EXPOSING CORRUPTION 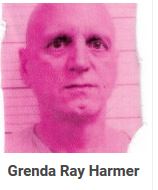 (Nov. 20, 2017) — In a letter received on Monday, TDOC inmate Grenda Harmer, #88710, wrote that he has learned that a false complaint was filed against him by another inmate so that that inmate could be moved to another prison.

Both are housed at the Morgan County Correctional Complex (MCCX) in Wartburg.

In late October, Harmer reported that a Crips gang member who threatened him in July and should have been deemed as “incompatible” with him was moved to a cell across the hallway.

After “Nooganomics” radio show host and writer David Tulis wrote to TDOC Communications Director Neysa Taylor on November 1 about concerns for Harmer’s safety, the Crips member was relocated.  Harmer confirmed in the letter received today, dated November 16, that the gang member was moved on November 3.

Taylor had initially told Tulis that the onus was on Harmer to request a new cell assignment.

“XXXXX (inmate & number) heard AWT Hutchinson tell me the Crips gang member would have to be moved because ‘nobody wants you,'” Harmer wrote in his letter.  “That was Oct. 31, 17 at 9:25 a.m. On Nov. 10, 17 XXXXX secretly told Cpl. Wallace and C/O (Correction Officer) Williams that if they didn’t move me that he’d put hands on me.” [sic]

For the last year, Harmer has blown the whistle on wrongdoing within two of Tennessee’s privately-run prisons, TTCC and SCCF, which include inmates having been paid for jobs they never performed and inmates dying from drug abuse.  In addition to Harmer, many other inmates and their relatives have told The Post & Email that at TTCC, prescription medications are administered irregularly or not at all.

The problem of drugs and other contraband at TTCC has been confirmed by Channel 4 in Nashville in a series of televised and online reports over the last several months.  Uncontrolled gang activity has been cited as a major safety risk to TTCC inmates and staff.

While TDOC Communications Director Neysa Taylor termed Harmer’s letters “erroneous and outright fictitious” to Tulis, after receiving his emails about the gang member, she nevertheless suggested that an “investigation” of Harmer’s claim of imminent danger was under way.

In August 2016, Taylor told this writer over the phone that all of the reports emanating from TTCC were “inaccurate.”  She claimed that the TDOC is “open” to hearing from inmates’ relatives about their concerns.

Harmer had reported while at TTCC that a “unit manager” had attempted to instigate a physical altercation between his cellmate and him to effect Harmer’s relocation so that the manager “could get rid of his problem.”

Since July of last year, Harmer has been housed in four different Tennessee prisons.

In a letter received last week, Harmer wrote that exposing corruption “is what I do.”