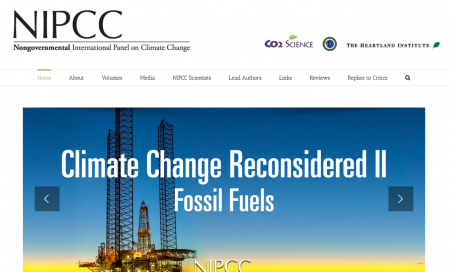 (Feb. 7, 2019) — What do heat waves, floods, droughts, rising sea level, forest fires, hurricanes, African wars, mass extinctions, disease outbreaks, and migration from South America and the Middle East have in common? They are all, according to climate activists, caused by man-made global warming. And this, in turn, is supposedly caused by rising carbon dioxide (CO2) levels as a result of our fossil fuel use. They might as well add alien invasions to the list, because it is all nonsense.

The scare has risen to such a level of absurdity that, on February 1, journalist Andrew Revkin reported in an article for National Geographic that, “Many stories in recent days highlighted studies concluding that global warming is boosting odds of cold outbreaks.”

Arguable, the most absurd of the statements attributing the recent cold spell to warming came from Donald Scavia, professor emeritus of environment and sustainability at the University of Michigan. According to the Detroit Free Press, Scavia said,

“In the past there was a very strong gradient of cold air at the poles and warmer air south of the poles. That gradient kept the cold where it is…

“As the poles are warming faster than the rest of the planet, that gradient weakens, allowing the cold air currents to dip south.”

According to Dr. Tim Ball, an environmental consultant and former climatology professor at the University of Winnipeg in Manitoba, Scavia’s statement “is utter rubbish.” Dr. Ball said, “It’s wrong in every aspect of it, from the basic assumption to the interpretation. In fact, a gradient makes things move. It doesn’t keep the ‘cold where it is.’”

It is a mistake to think that, if human-produced CO2 were causing global warming, the poles will warm first. Dr. Ball said, “There is no evidence of that; they just are assuming it to be the case.”

And, if the poles did warm first, Dr. Ball explains, the reduced temperature difference between the poles and lower latitude regions would reduce extreme weather, not intensify it, as climate campaigners claim. After all, weather is driven by the temperature gradient between latitudes. So, a warming Arctic would result in less intense cold outbreaks and a lesser intrusion of cold arctic air into warmer regions. Climate alarmists have their science backwards.

Dr. Ball explains that the real cause of the severe cold outbreaks in the US is a wavy jet stream.

The Jet Stream is a thin band of strong winds that flow rapidly around the planet from west to east at approximately 10 km altitude. The Jet Stream divides warm air masses, typically found at low latitudes towards the tropics, from cold air masses, usually found at high latitudes near the poles. However, a very wavy jet stream, as we are experiencing now, allows frigid Arctic air to move south to normally warmer latitudes and warm tropical air to push into Polar latitudes. An increase in extreme weather events, including the cold outbreaks in the US, is the result. It has nothing to do with global warming. In fact, the most common cause of a wavy Jet Stream is global cooling. History shows that severe weather increases with a cooling world, not a warming one.

Concerning fears of more cold outbreaks due to global warming, Ball laughs, “They’re making it all up!”

It is clear that there is no end to the deceptions that the climate lobby will tell the public in order to deprive the world of inexpensive fossil fuel-based energy. Perhaps the greatest deception is what real scientists call cherry picking, ignoring data that does not support their politics. 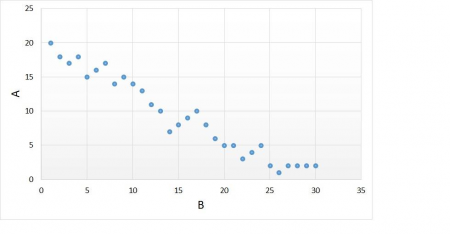 This is the sleight of hand used by global warming alarmists who want the public to believe that burning fossil fuels and increasing the atmosphere’s carbon dioxide must be stopped at all costs. They want to run the nation and the world on inconvenient and unreliable wind and solar energy.  They ignore the fact that such flimsy sources must be totally backed up by dependable energy sources like fossil fuel or nuclear in order to stop the grid from collapsing.  It has been calculated that, were the Midwest to be dependent only on wind and solar power, at least one million people would have died of hypothermia last week.

As demonstrated by Climate Change Reconsidered II: Fossil Fuels,” the latest report of the Nongovernmental International Panel on Climate Change, the impact of fossil fuels—coal, oil and natural gas—has been overwhelmingly positive. The report’s Summary for Policymakers states:

“Fossil fuels have benefited humanity by making possible the prosperity that occurred since the first Industrial Revolution….Fossil fuels also power the technologies that reduce the environmental impact of a growing human population, saving space for wildlife…Nearly all the impacts of fossil fuel use on human well-being are net positive (benefits minus costs), near zero (no net benefit or cost), or are simply unknown.”

Besides raising living standards across the world, fossil fuel use has helped elevate CO2 in our atmosphere from a level dangerously close to the point at which plants start to die to today when the Earth is once again greening.

The global warming scare has never been about science, or even climate for that matter. The long-term goal of many activists is to unite the world under a single socialistic government in which there is no capitalism, no democracy, and no freedom.  Personal freedom is, after all, fueled by access to affordable energy.  So, an intermediate goal is to limit the amount of energy that is available and place it under tight government control.  Inexpensive fossil fuels remain an obstacle to their vision, and so they must be done away with entirely, climate campaigners maintain. We must not let them succeed.

Dr. Jay Lehr is the Science Director of The Heartland Institute which is based in Arlington Heights, Illinois. Tom Harris is Executive Director of the Ottawa-based International Climate Science Coalition.