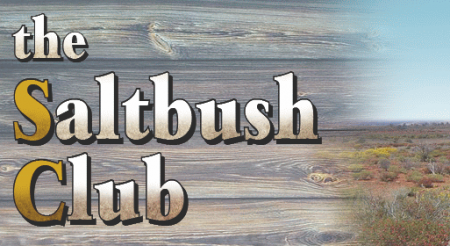 The Executive Director of Saltbush, Mr Viv Forbes, said it was obvious to everyone except school teachers, the ABC, the Greens and the leaders of CSIRO that the sun is the main driver of weather and climate on Earth.

“This giant ball of nuclear power in the sky beams solar radiation and exerts gravitational force on everything on earth.

“Radiant heat on an inclined rotating Earth drives the winds and the ocean currents, produces rain and snow, powers cyclones and storms, and affects the cloud-forming cosmic radiation that hits the earth.

“Gravitational forces from the sun, the moon and other planets create atmospheric tides that also affect weather. They also create tides in the oceans and ground waters as well as “Earth Tides” in crustal rocks that affect the timing of Earthquakes and volcanic eruptions.

“The ancient Greeks and Egyptians, South African water engineers and Australia’s most famous weather forecaster, Inigo Jones, all knew that the sun was a key factor in weather/rainfall cycles. Most of the world’s calendars are based on movements in the solar system, and ancient monuments from Stonehenge, to the Pyramids, to the Americas are testament to the pervasive influence of sun and planets in human history.

“Solar cycles have been observed for over 2,000 years and sunspots have been recorded in detail since the invention of the telescope in 1610. This record shows that cold periods like the Little Ice Age have coincided with periods of low sunspot numbers.

“David Archibald’s analysis of solar activity suggests that the sun has driven a warming phase since about 1900 but probably entered a new cooling phase about 2006.

“A new cooling era would play havoc with world food supply, and those who rely on unreliable wind/solar energy will regret their choices.

“With reckless bravado, foolish Western politicians and their minions have placed all of our bets on an old fading gelding called “Global Warming”. They have not noticed a vigorous white stallion, “Global Cooling” which is racing down the straight.

“Even a small cooling will reduce world food supply in three ways.

“Firstly, any reduction in surface temperature will reduce crop growth and growing season in all sub-polar regions.

“Secondly, reduced solar radiation will reduce evaporation from the oceans and must reduce precipitation on land.

“And, worst of all, cooling surface temperature on the oceans will cause oceans to absorb more carbon dioxide plant food, so plant/crop growth will be lower than in today’s warm well-fertilised atmosphere.

“Carbon dioxide has never driven world climate and will play an even smaller part in future.”