“GLOBALISM IS AT WAR WITH AMERICANISM”

Parents tell their children when they are very young, “Whatever you do don’t lie to me.” Why? Because trust is the foundation of love.

Cheating is a catastrophic betrayal in adult love relationships. Why? Because successful relationships require trust.

So it is in politics. The existence of trust or the absence of trust defines human relatedness in both the private and public sectors.

Our representative government is founded on the principles of trust. We vote for candidates who we believe will keep their promises. Politics in the United States is currently experiencing seismic trust issues. Over the years it has become painfully obvious that politicians make deceitful promises on the campaign trail to get themselves elected. Then came Donald J. Trump, the political outsider who actually meant what he said when he promised to make America great again by putting America first. What happened?

President Trump has been stymied in his America-first efforts since he took office by Democrats AND Republicans. Why? What would create a bilateral effort to stop a duly elected President from keeping his promises to strengthen America? If you want to know the motive look at the result.

Let me be clear. Globalism does not mean global trade. Global trade is the legitimate international commerce between sovereign countries. Globalism is the internationalized political infrastructure of the new world order under the auspices of the corrupt United Nations.

Globalists are the existential enemy of American sovereignty, independence, and they are desperately trying to destroy America-first President Donald Trump and every one of his America-first initiatives. Globalism is at war with Americanism.

In case anyone has any doubts about the existence of the plan for a new world order just take a look at the recent United Nations Plan for Global Migration. One-world government is not a new idea – it is a plan that has been operational since after WWII – it is just reaching the tipping point now. 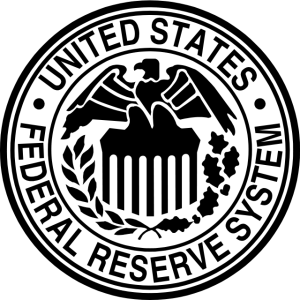 Most Americans assume the Federal Reserve System (Fed) is a government agency – it isn’t. The Fed is a private international banking cartel that serves its globalist interests. The Fed “monetary policy decisions do not have to be approved by the President or anyone else in the executive or legislative branches of government, it does not receive funding appropriated by the Congress, and the terms of the members of the board of governors span multiple presidential and congressional terms.”

The Fed deliberately maintained seven years of zero interest rates during the Obama administration to artificially prop up Obama’s globalist policies. Now the Fed is deliberately raising interest rates to soar the national debt, destabilize the stock market, and destroy President Trump’s stunning domestic economic achievements. Fed Chairman Jerome Powell, a Republican nominated by Obama to the Federal Reserve Board of Governors in 2011, illustrates the point that globalists are bipartisan menaces to American national interests. I’d like to know who advised President Trump to nominate Powell as Chair.

More institutional help has been provided by globalist extraordinaire Robert Mueller. His entire investigation is a coordinated effort to delegitimize President Trump and protect Clinton and Obama – two of the most corrupt globalist puppets of all time. Mueller, Rosenstein, Wray, McCabe, Comey, Strzok, Page, and every FBI and CIA operative who lied, destroyed evidence, and spied on the Trump campaign did so in the service of the globalist campaign to rid the United States of our only America-first president in decades.

America-first President Trump faces a staggering and well-orchestrated bipartisan, multi-pronged globalist attack on Americanism and on his presidency. Schumer and Pelosi lead the charge on the Democrat side aided by McConnell, Ryan, and the legacy of the treacherous late John McCain on the Republican side. These greedy politicians put their financial self-interest above the national interests of the people who elected them.

Democrat and Republican globalists in government, the media, and education conspire to attack Americanism and reject the:

Democrat and Republican globalists in government, the media, and education conspire to attack Americanism by:

Globalists who own the giant news media companies, Internet behemoths, and entertainment companies conspire to advance their globalist agenda which requires the acceptance of global citizenship. They censor and curate information to propagandize and manipulate the public into accepting their self-serving, anti-American objective of one world government.

Activist judges participate in the political attack through judicial overreach that attempts to usurp the power of the presidency. Chief Justice Roberts was right when he said there are no Obama judges, Clinton judges, or Trump judges – but there are judges in America who honor the Constitution, and there are globalist judges who have betrayed their judicial oaths who don’t. The United States Constitution is the premier America-first document – it protects the national interest and rejects globalism, which is why globalist politicians and activist judges disregard it.

So, why would any American knowingly vote for a a globalist politician? They wouldn’t if they understood that globalism’s one-world government is a sinister power grab by the greedy political elite who will rob the people of their independence and liberty. There is no power to the people in socialism, communism, and globalism. Collectivist systems centralize the government and award absolute power to the state and its ruling elite.

Globalists shamelessly lie, cheat, and steal to promote their own self-interest at the expense of the American public. Ask yourself how the political elites in Washington turned their government salaries into multi-million-dollar portfolios. They betrayed their constituents by faithlessly ignoring their sworn oaths of office.

It is time for the American voting public to acknowledge this monstrous betrayal and completely reject globalism and its untrustworthy facilitators. The power of the people is a benefit of Americanism’s freedom, independence, and decentralized government. It is time for Americans to proudly embrace Americanism again.

Globalism’s war against America has reached a tipping point. President Trump has exposed the bipartisan treachery and deceit of career politicians in our government who have betrayed the American people and sacrificed the public interest for their own self-interest. Draining the swamp and building the wall are not forgotten campaign promises. They are President Trump’s powerful America-first strategies that will defeat Globalism and make America great again.

The Betrayal of America: Who Do You Trust? added on Sunday, December 23, 2018

One Response to "The Betrayal of America: Who Do You Trust?"