“BRING HOME OUR TROOPS AND REBUILD OUR MILITARY” 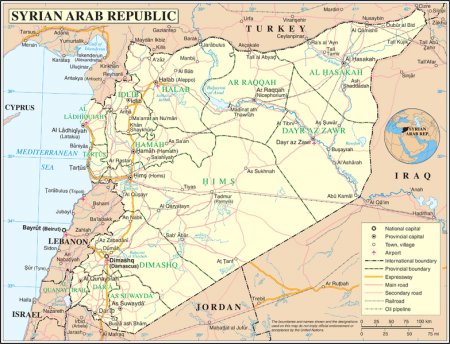 The media hate Trump and, if not hate, at least disdain any of us who preferred him in 2016 to the crooked, lawless harridan whom the media preferred.  No matter what Trump does, expect the print media and the networks to characterize it as death and destruction, pestilence and famine. They clamor such lines over every policy decision, or staff change, or even over what the lovely and gracious Mrs. Trump is wearing.   So, it should be no surprise that the president’s decision to withdraw our 2,000 troops from Syria and to close the chapter on Afghanistan and bring our troops home would be roundly condemned as ‘betrayal,’ and/or a ‘strategic blunder.’ It also offered yet another opportunity to criticize Trump’s unpredictable leadership.  Some in his own party are ‘aghast’ that the president would put America and American lives first rather than continue policies in support of a fuzzy, ill-defined internationalism that has no end in sight.

First:  Nobody can provide a good explanation of the end game.  Do we just sort-of keep bleeding our treasure in hopes that things won’t get worse?  Who are we trying to help?  Why?  High-sounding American ideals of human rights and democracy are alien to most of the Middle East.  Yes, such ideals may root and bloom for a few years from time to time, but they are soon plowed under.  Afghan women used to wear Western clothing and graduate from college.  The same was true of Iranian girls and women and in Lebanon and Egypt too.  Why did all that change?

It changed because of the resurgence of fundamentalist Islam.  Verses in the Koran and the Hadith and numerous fatwas by prestigious imams were used to convince many in the Muslim world to reject Western influences and to revert to fundamentalist Islam – which proclaims the superiority of Muslims over all non-Muslims and promotes martyrdom for the faithful who die in the furtherance of Islam.

Even Turkey, which was reborn as a secular nation after the fall of the Ottoman Empire in World War I, has again become a fundamentalist Muslim country.  Modern Turkey’s founder, Kemal Ataturk, prescribed a constitution that guaranteed that the new Turkey would remain secular.  He made the Turkish military the protector of secularism.  Over the years, the Turks in the big cities like Istanbul, Ankara, and Izmir flourished and Westernized, and women wore Western clothing and held jobs.  But, as with educated urban folks everywhere, they began having fewer children.  In the countryside, however, poverty and old ways prevailed and large families were the norm.  With less access to the modern ways of the city, Islam remained the heartbeat of the countryside, and when the Erdogan-Gulen Islamist Party ran for election, they won – as the more numerous countryside outvoted the urban Turks.  Erdogan’s regime wasted no time in throwing aside Ataturk’s secular constitution.  Erdogan also defanged the army and reintroduced headscarves, piety, and mandatory religious training in all the schools and universities and began funding the construction of fundamentalist mosques throughout the EU, wherever Turkish ex-pats have settled.

With great fanfare, the Obama administration helped birth the Arab Spring that resulted in the overthrow of more secular regimes throughout the North African Littoral.  The strongmen in Egypt and Libya who kept the lid on fundamentalism were gone overnight and chaos reigned.

Meanwhile, American forces in Muslim lands work hard to gain the trust of their host-nation counterparts.  Our troops train and equip them and some are even brought to the US to attend our tech schools and advanced military officer training courses.  Yet, over and over, our troops are killed and maimed by ‘friendly’ fire when a trusted Muslim trainee goes rogue and turns his weapons on our guys, or puts a bomb in our vehicles or workplaces.

Obama’s misguided approach to the Mullahs in Iran, granting them a secure pathway to nuclear weaponry and delivery systems and even sending aircraft cargo pallets loaded with billions of US dollars to fund Iran’s Hezbollah and Al Quds military ventures further disturbed the tenuous balance between the warring sects within Islam.  The Mullahs have not modified their policies toward the US one bit.  We remain “the Great Satan’ and routinely crowds in Teheran march and shout “Death to America, Death to Israel.”  And, let’s not forget that Iran was the builder of the ever-bigger and more deadly IEDs that blew limbs off of our best and brightest with regularity.

By ensuring that the Shia Mullahs will become a nuclear power – and continue to stoke hatred and discord, the Obama policies panicked the more numerous Sunni Muslim nations — including Saudi Arabia, the Emirates and many others.  The Mullahs have expressed their desires to assume control over the Muslim holy sites in Mecca and Medina, which are in Saudi Arabia and under the Saudis’ Sunni control.  This is no minor deal.  And the oil-rich Arabs are very uneasy about possible nuclear blackmail by a nuclear Iran.  It makes our Israeli allies very nervous as well.

So what is our end game?  What does the presence of our troops in the Middle East get for us?  We provide weapons and training and find them used, in turn, against us or our interests.

We want to keep Mid-East oil flowing to our European friends and allies.  And that means keeping the Straits of Hormuz open.  But, why is that a task for the US alone?  We have plenty of our own oil now and don’t need to rely on the Middle East. So why isn’t Europe guarding the Straits?  They are certainly not impoverished.  It would cost them to develop and deploy naval assets.  But it costs us, too, and has cost us trillions over the years to protect this access for them.  Do we ever get a ‘thank you?’  Or do they even recognize the financial burden and risk of life that we undertake to keep them warm and keep their lights on and their BMWs running? How did this become our permanent burden?

Trump is right to shake the tree.  If a Mattis falls out in the process, he falls out.  The questions and tree-shaking are what we need.

And, please don’t tell me about us ‘abandoning’ our allies.  I recall too well the 1975 fall of Saigon and our unilateral abrogation of our solemn treaty vows to rearm and resupply our valiant South Korean allies when the North Vietnamese tore up the Paris Accords and brazenly invaded the South.  The Democrat-led Congress tied our president’s hands and refused to allow us to assist as promised.  The Democrats were against our efforts not only in SEA, but also, throughout the Cold War.  They sought to ‘balance’ our influence with that of the Sino-Soviet Communist bloc.  President Reagan tore up that script and wrote a new one.  President Trump doesn’t like the script he was handed, either, and is tearing it up page by page.

Bring home our troops and rebuild our military.  Bring back the draft, so that every 18-year-old learns how to make a bunk, stand up straight, shave, and get fit.  That’s my story and I’m sticking with it!

4 Responses to "A Little Perspective — Please"