WILL SHE NOW ANSWER THE QUESTION? 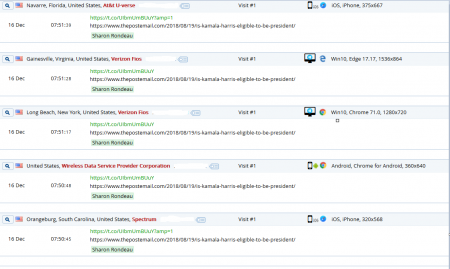 (Dec. 16, 2018) — The Post & Email’s visitors’ log shows that over the last two days, our August 19, 2018 article titled, “Is Kamala Harris Eligible to be President?” has been accessed a record number of times since its publication.

The links appearing in green above the article url indicates that readers were led to the article by a tweet.  Who launched the tweet which began the firestorm of visitors is unknown.

The article details the efforts of California citizen Gary Wilmott, who over the course of the last year has attempted to confirm whether or not Harris’s foreign-born parents were naturalized prior to her birth.  Over the last several months, Harris has been touted as a possible 2020 presidential candidate, and Wilmott was concerned that she did not meet the Article II, Section 1, clause 5 constitutional qualification of “natural born Citizen.”

According to her Wikipedia entry, Harris’s mother immigrated to Berkeley, CA in 1960 and her father from Jamaica in 1961. Harris was born on October 20, 1964, less than five years after either of her parents arrived in the U.S.  Federal law requires a five-year residency period for legal immigrants in order to qualify for U.S. citizenship.

The entry also states that when her parents divorced during her early childhood, Harris’s mother was given full custody, and she and her sister relocated to Québec, Canada, where their mother worked as a research scientist at McGill University.  Harris reportedly completed high school in Québec, and it is unknown whether or not she, her sister or her mother acquired Canadian citizenship while there.

Harris’s Senate website reveals nothing of her long-term Canadian residency.  The sole reference to her childhood states:

Growing up in Oakland, Kamala had a stroller-eye view of the Civil Rights movement. Through the example of courageous leaders like Thurgood Marshall, Constance Baker Motley, and Charles Hamilton Houston, Kamala learned the kind of character it requires to stand up to the powerful, and resolved to spend her life advocating for those who could not defend themselves.

After we interviewed Wilmott last summer regarding his letters sent to Harris’s office and lack of definitive response as to her parents’ citizenship status, we attempted to reach her media representative on several occasions to ask the question.  However, each time, our call was directed to an extension which then said that the voicemail system was full and could not take a message. 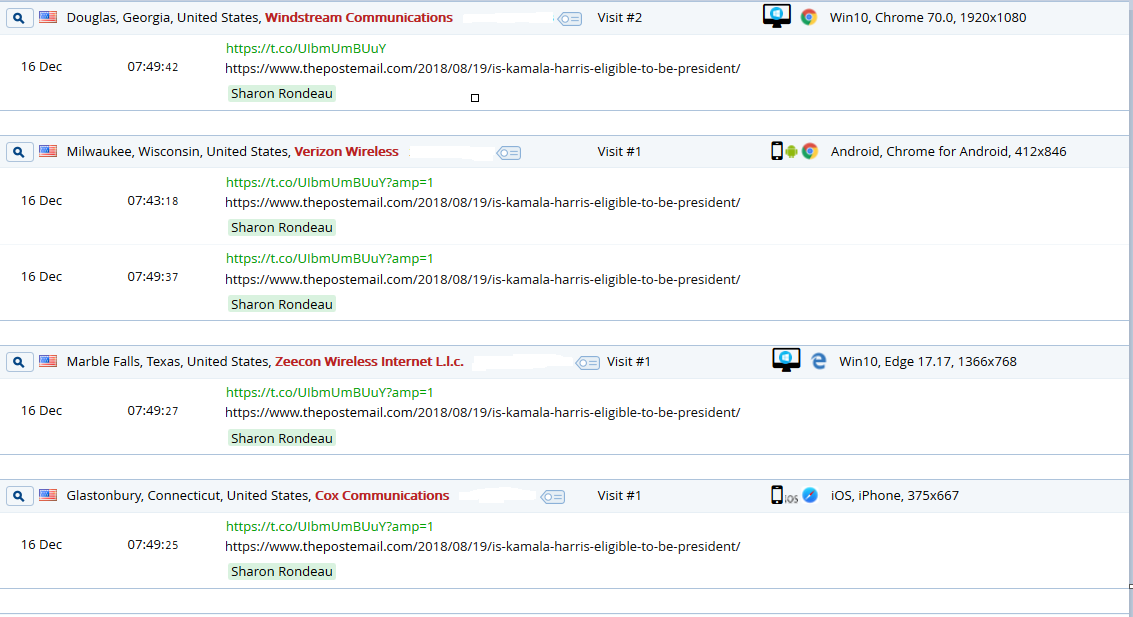 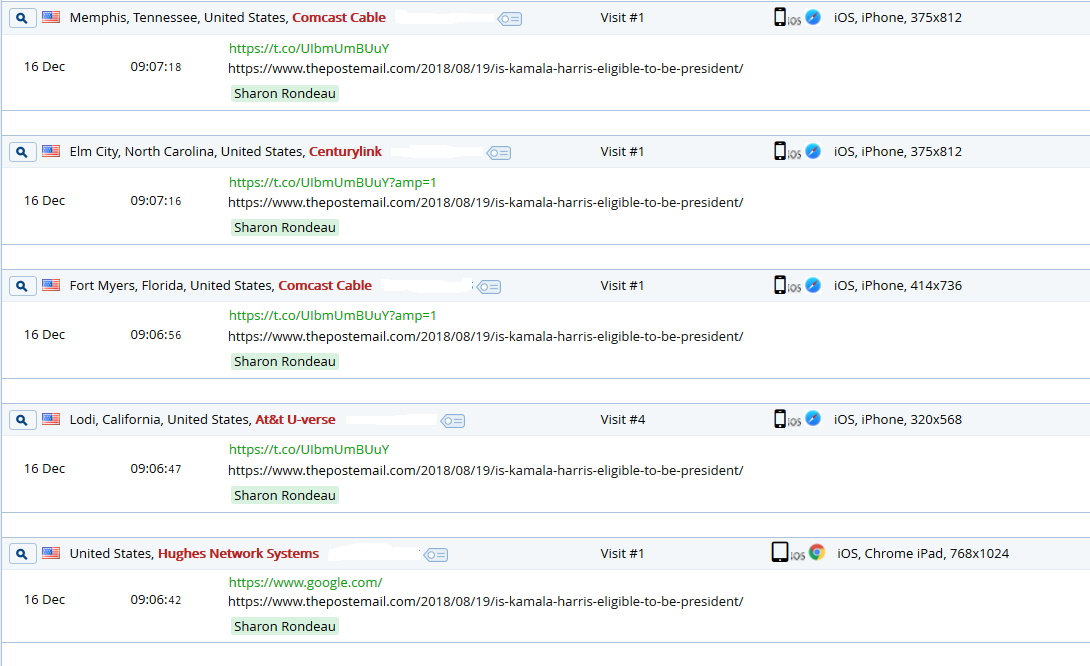 Given the level of interest, on Sunday morning, we completed a general contact form on Harris’s Senate website to ask that and other questions. 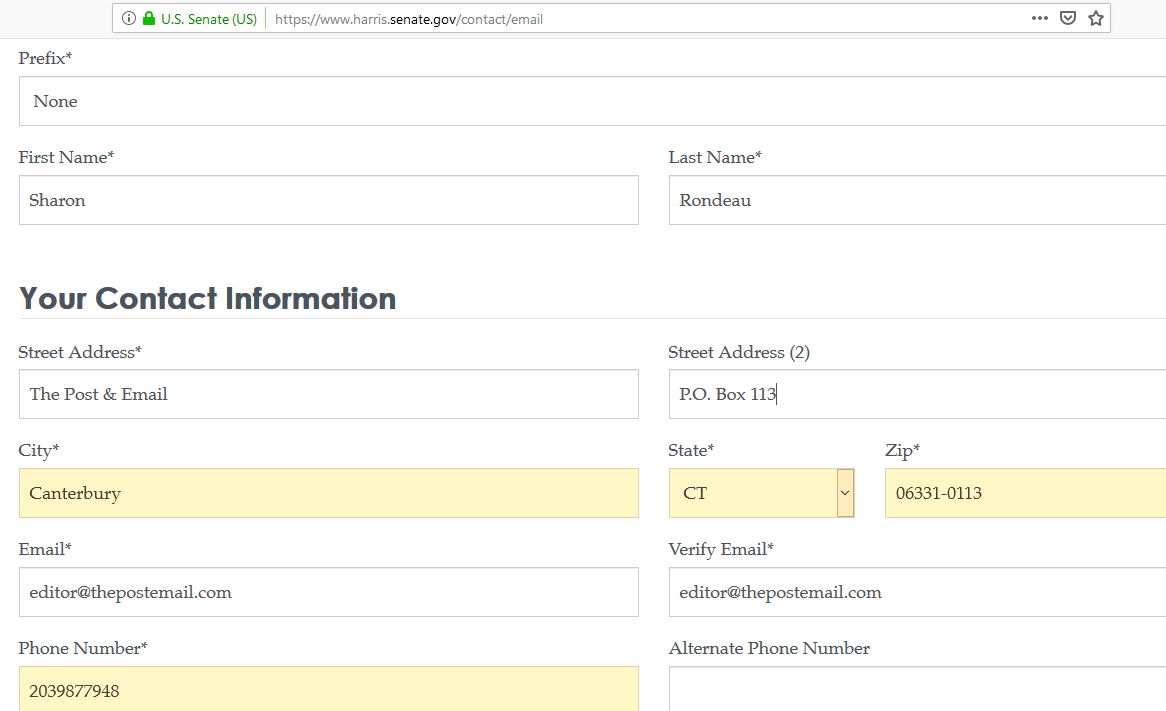 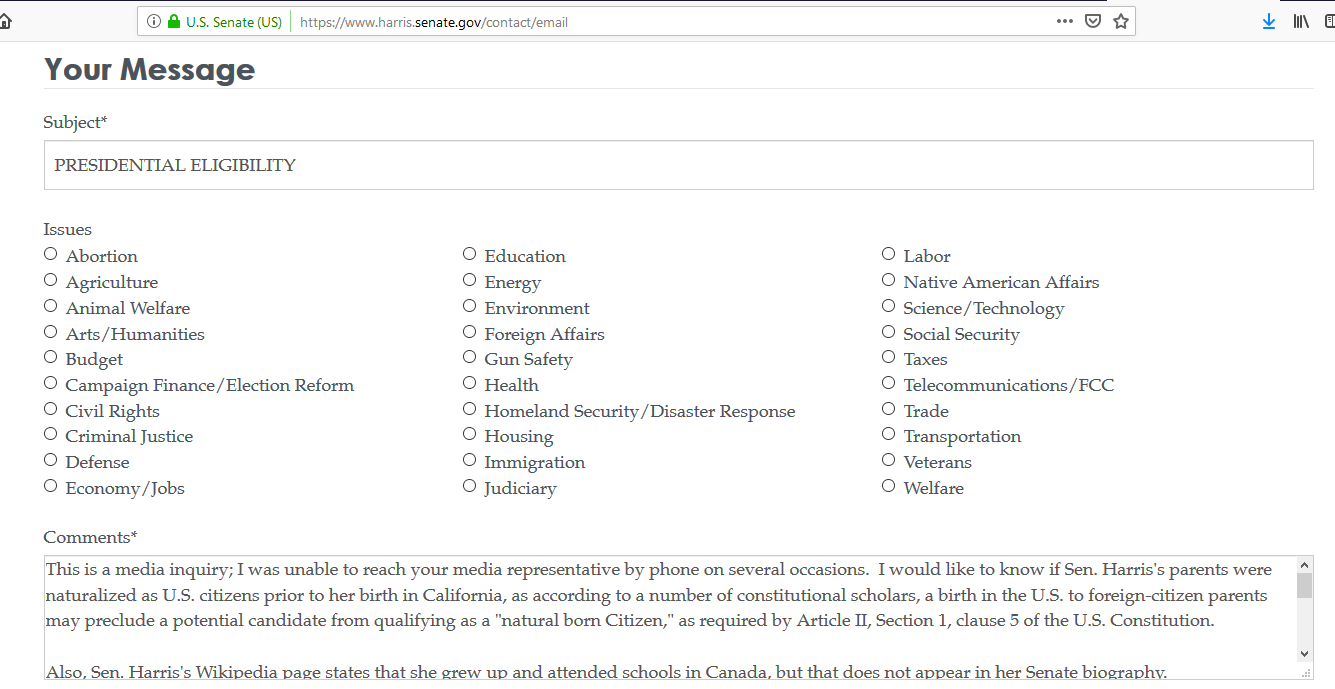 Harris has been in the news over the last 1-2 days after The Sacramento Bee reported a “misconduct claim” leading to a lawsuit against a former male Harris aide when she served as California attorney general and concurrently ran for the U.S. Senate.  The aide, Larry Wallace, was later employed in Harris’s Sacramento Senate office but resigned Wednesday after details of the $400,000 settlement he paid to the female complainant became public.

Harris claims not to have known about the lawsuit.

In January 2017, The Huffington Post described Harris’s speech at the Women’s March in Washington, DC, where she said, “We are all and should be treated as equals” as “inspiring.”  Harris appeared at the podium with Sen. Kirsten Gillibrand (D-NY) and Rep. Maxine Waters (D-CA43).  Gillibrand, who was just re-elected to a second term in November, is reportedly “thinking about” running for president in 2020.