“PRESIDENTIAL CANDIDATES MUST BE VETTED” 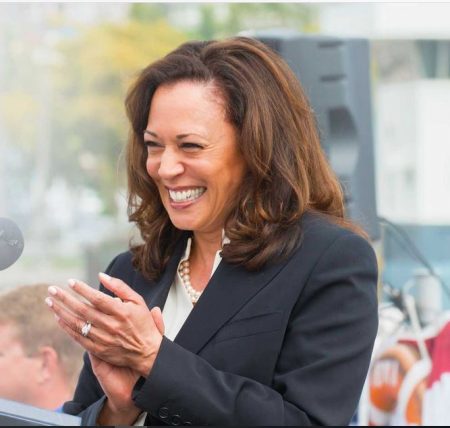 My name is Gary Wilmott and I reside in Southern California.

I couldn’t help but notice that the press has recently been extolling you as the next “Obama” and the inevitable frontrunner for the Democratic presidential nomination in 2020. While this growing presidential buzz may be quite intoxicating for you, I suggest that you take a serious look at Article II of the U.S. Constitution, i.e., the presidential eligibility clause.

Article II, Section 1, Clause 5 mandates that a president be a NATURAL-born citizen, which you clearly are not. At the time of your birth, BOTH of your parents were citizens of foreign countries, so your birth in California makes you at best a NATIVE-born citizen (anchor baby?) under the prevailing view of the 14th Amendment. Lest you think that I have Republican bias I would also point out that presidential wannabes Ted Cruz and Marco Rubio also fail to meet this higher standard of citizenship. Their campaigns were fraudulent and in clear violation of the U.S. Constitution.

Before you waste too much time, energy, and donor money, I would ask that you reconsider your disingenuous efforts to position yourself as a presidential contender. Your leftist, socialist identity politics aside, you can expect to get tremendous push-back from constitutionalists such as myself who refuse to allow another fraud in the White House. Our presidential candidates must be vetted.

In this age of Trump, where the current president was fully informed of Obama’s identity fraud and lack of constitutional eligibility in April of 2011 (just weeks prior to Obama’s forged birth certificate release), you can expect ferocious opposition from equal opportunity “birthers” such as myself who only want the Constitution respected. The time is ripe for the American people to be fully informed as to how the elite media and our complicit so-called representatives in Congress allowed this greatest of crimes against the American people to occur both in 2008 and 2012. The American people are determined to take back their country and expose all the swamp creatures, both past and present.

Meantime, I would advise that your time would be better spent doing scholarly research on this issue. In the long run it will save you a lot of headaches and money! I would also suggest that you watch on YouTube the Sheriff Arpaio press conferences which PROVED that Obama proffered a forged birth certificate on April 27, 2011. Throw in a forged Selective Service registration and a stolen SSN for good measure, and you clearly have the “crime of the century.” Ms. Harris, there is so much information and truth available for the intellectually curious. Time to get your priorities straight, Ms. Harris, and do what is right.