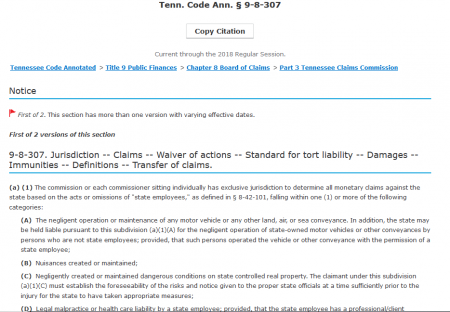 (Nov. 21, 2018) — TDOC inmate Grenda Ray Harmer, #88710, who already has an active federal lawsuit against the Tennessee Department of Correction (TDOC) encompassing alleged denial of medication and medical care, has filed a “Claim for Damages” with the Tennessee Division of Claims Administration in Nashville.

The complaint, #T20190569, is dated September 27, 2018 and claims that the TDOC has engaged in “negligent care, custody and control of persons and deprivation of statutory rights created under Tennessee law under TCA § 9-8-307 (a) (1) (E) and (N)” by denying him prescription medication, Antivert, for a diagnosed medical condition.

Harmer has been housed at the Morgan County Correctional Complex (MCCX) for approximately 18 months, 16 of which have been spent in protective custody due to an attempted assault by a gang member approximately two months after his arrival.  According to TDOC Administrative Policies and procedures, inmates in PC are entitled to the same quality of medical care as those in the general population.

Harmer’s claim is based on his allegation that on March 19, 2018, the same day his federal lawsuit was received by the court, “a nurse, sometime between 7:00 pm and 8:00 pm, told Claimant that defendant Lane discontinued his Antivert medication.”

“Lane” refers to Dr. Edmund Lane, a TDOC physician who Harmer said he saw in December of last year “for his quarterly chronic care visit.”

Harmer has shared his complaint with a trusted outside individual who wrote to us in August detailing Harmer’s description of the problem and previous memos sent to Lane.

According to a multitude of letters received from Harmer over the last 2+ years, he has several chronic medical conditions requiring daily prescription treatment. While housed at two other prisons earlier in his correspondence with us, Harmer reported a failure on the part of medical staff to dispense all of his medications simultaneously.  After The Post & Email began to make inquiries about Harmer’s allegations, the medications were reportedly restored by prison-contracted medical staff.

After receiving the communication from the outside source, The Post & Email contacted TDOC Communications Director Neysa Taylor, who said she would “pass this information along to our clinical health team.”

The six-page complaint consists of a description of the alleged incident, his argument for restoration of the medication, his identification of various parties who he claims were negligent in regard to his medical care, and the symptoms he has experienced in the past when deprived of the medication.

On page 5, Harmer states that the “damages incurred” are “because of defendants negligence, Claimant’s quality of life has been severely reduced. Claimant is in a constant state of dizziness that hinders, and interferes with, his ability to function normally.” [sic] He then offered three examples, which include his “constant fear” that a “vertigo attack” which he reported occurred at a different institution and required immediate medical intervention will recur at any time.

To further make his case, Harmer attached three additional pages, labeled, respectively, Exhibits 1-3, consisting of contemporaneous memos he wrote to Lane between December 30, 2017 and March 19, 2018 about the discontinuance of the Antivert and another prescription, Naproxen, used to treat degenerative joint disease which Harmer says he has.

A December 4, 2017 memo to Lane about the discontinuance of his Antivert was previously published by The Post & Email.

Over the last nearly-four years, this publication has received dozens of complaints from Tennessee jail and prison inmates claiming that their medical needs are not being met and that their conditions, as a result, are worsening.  Local mainstream media has reported the filing of three recent lawsuits on the part of diabetic inmates at TTCC, the prison at which Harmer was housed when he first contacted us.

Another lawsuit reported by The Tennessean last year asks the TDOC to treat inmates with Hepatitis C.

Harmer is asking the TDOC for a total of $400,000 in damages.  He has previously opined that the treatment, or lack thereof, he is receiving from the TDOC and prison officials is in retaliation for his attempts to expose “corruption.” 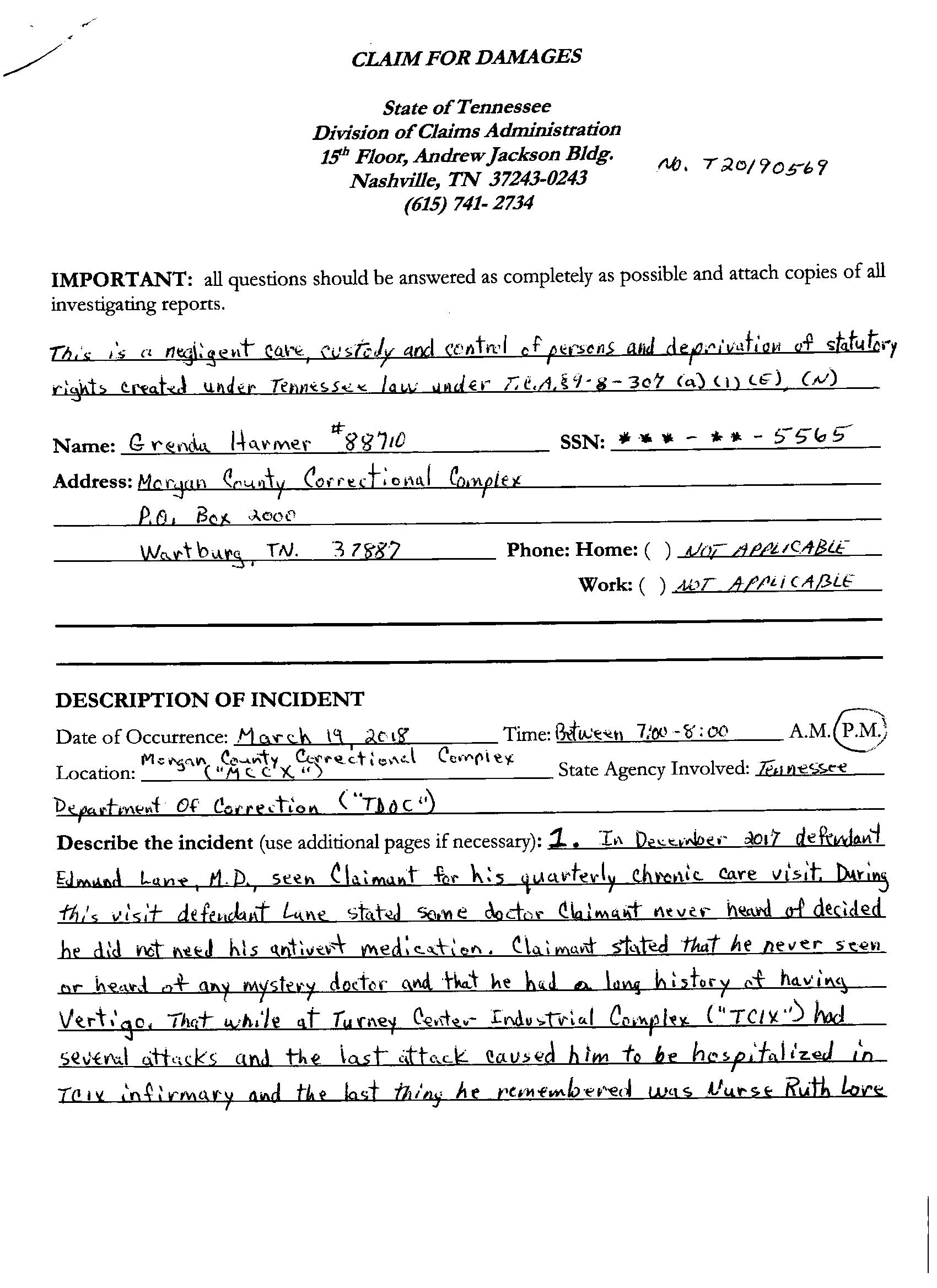 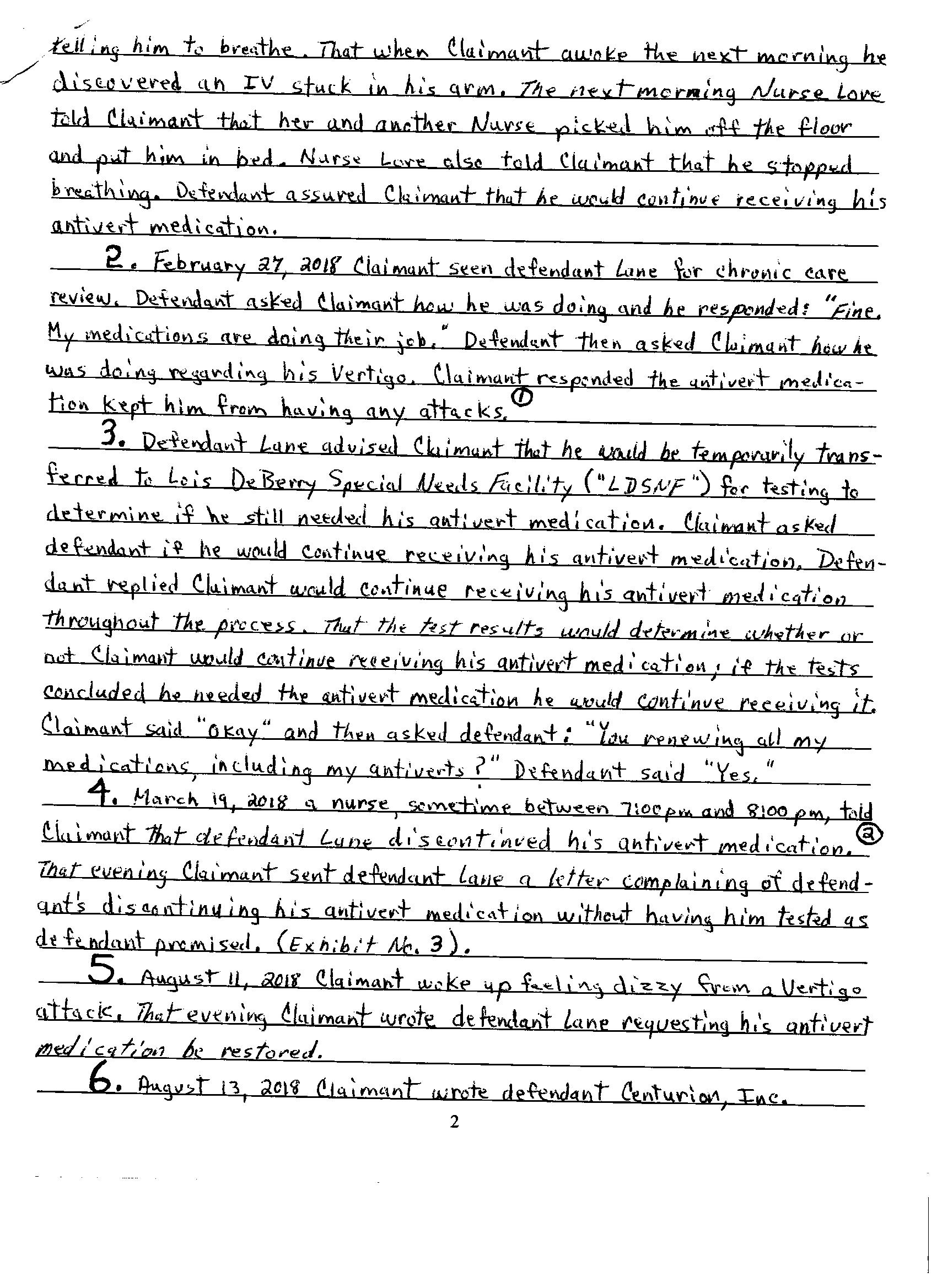 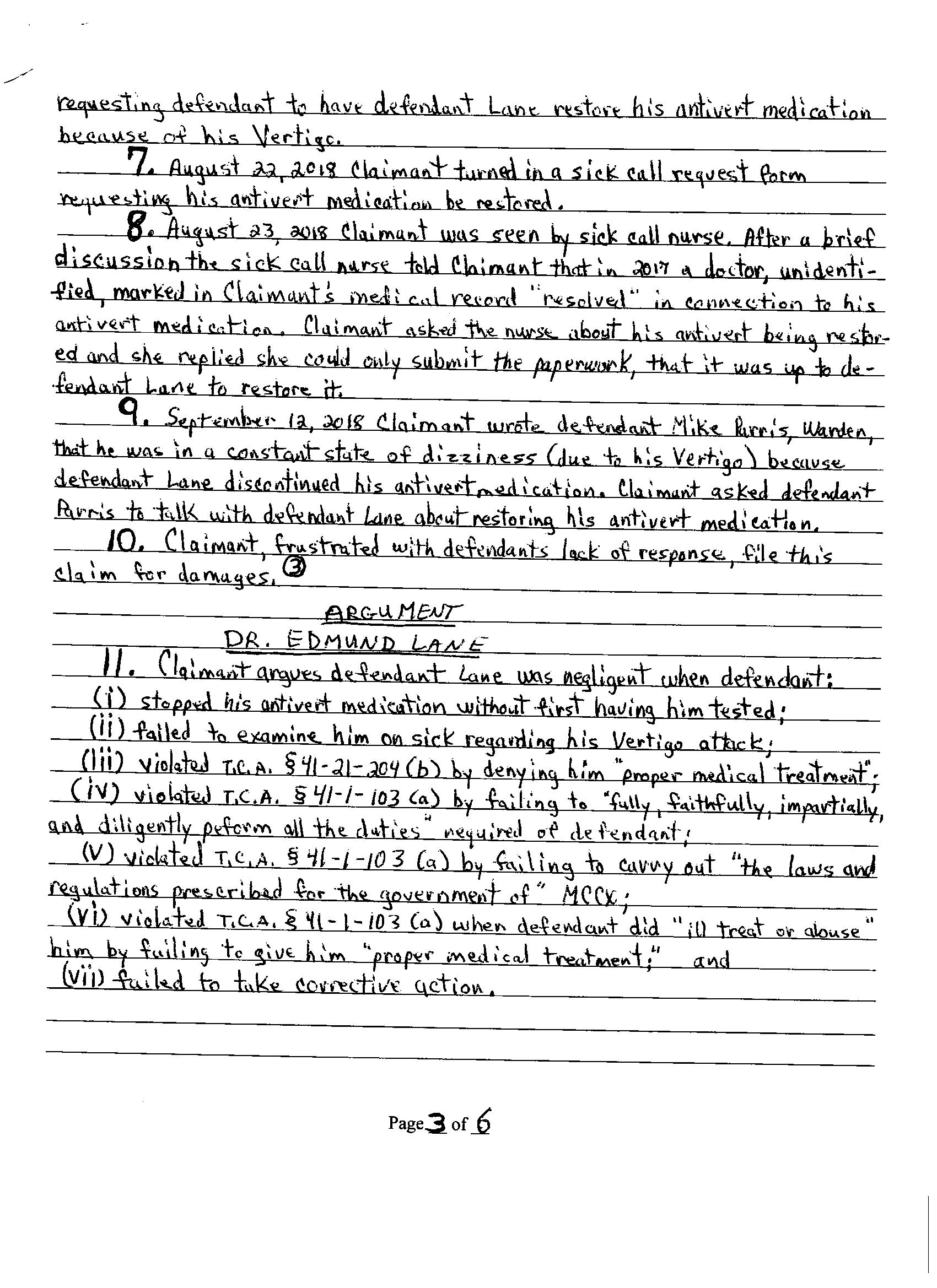 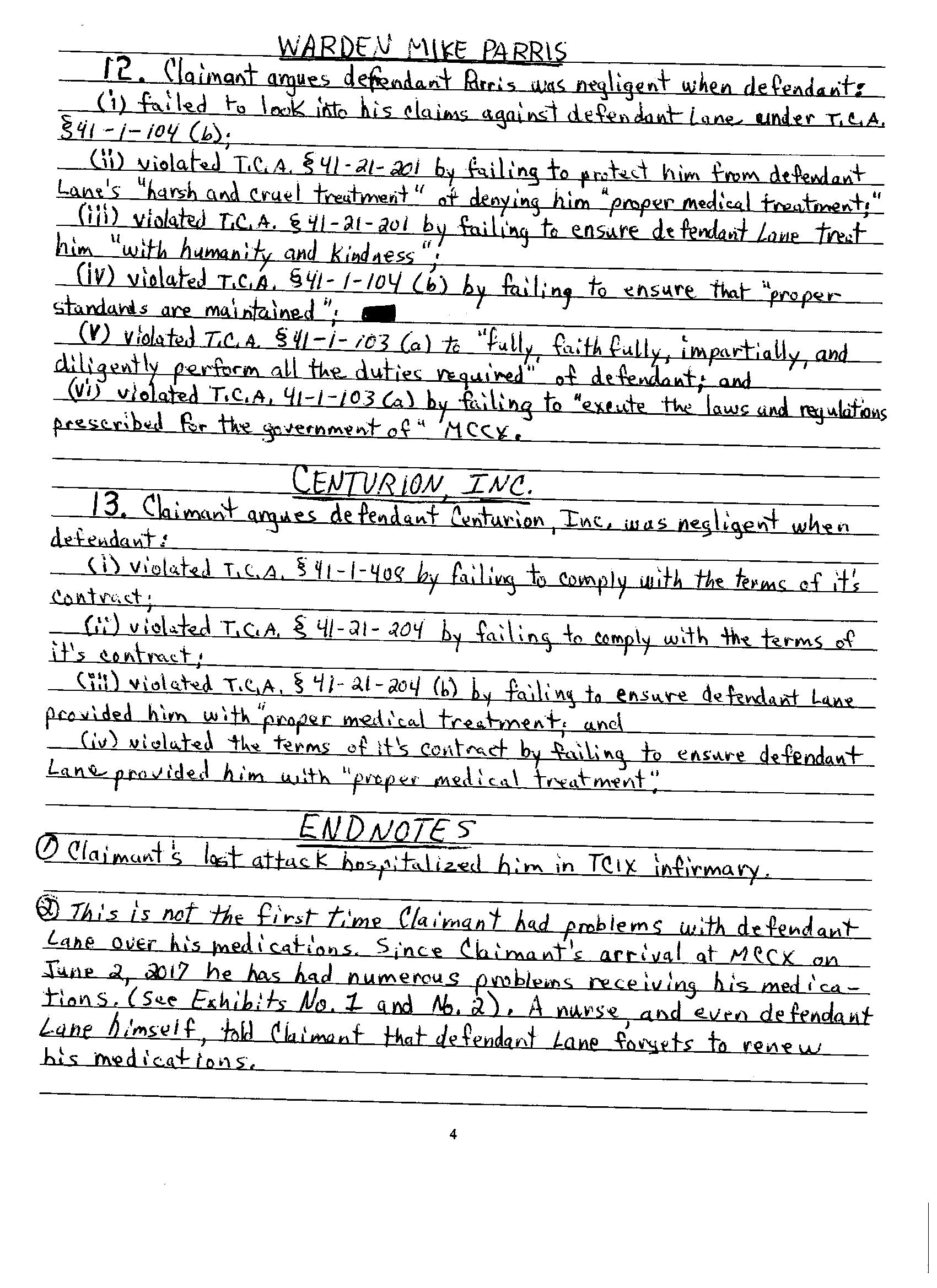 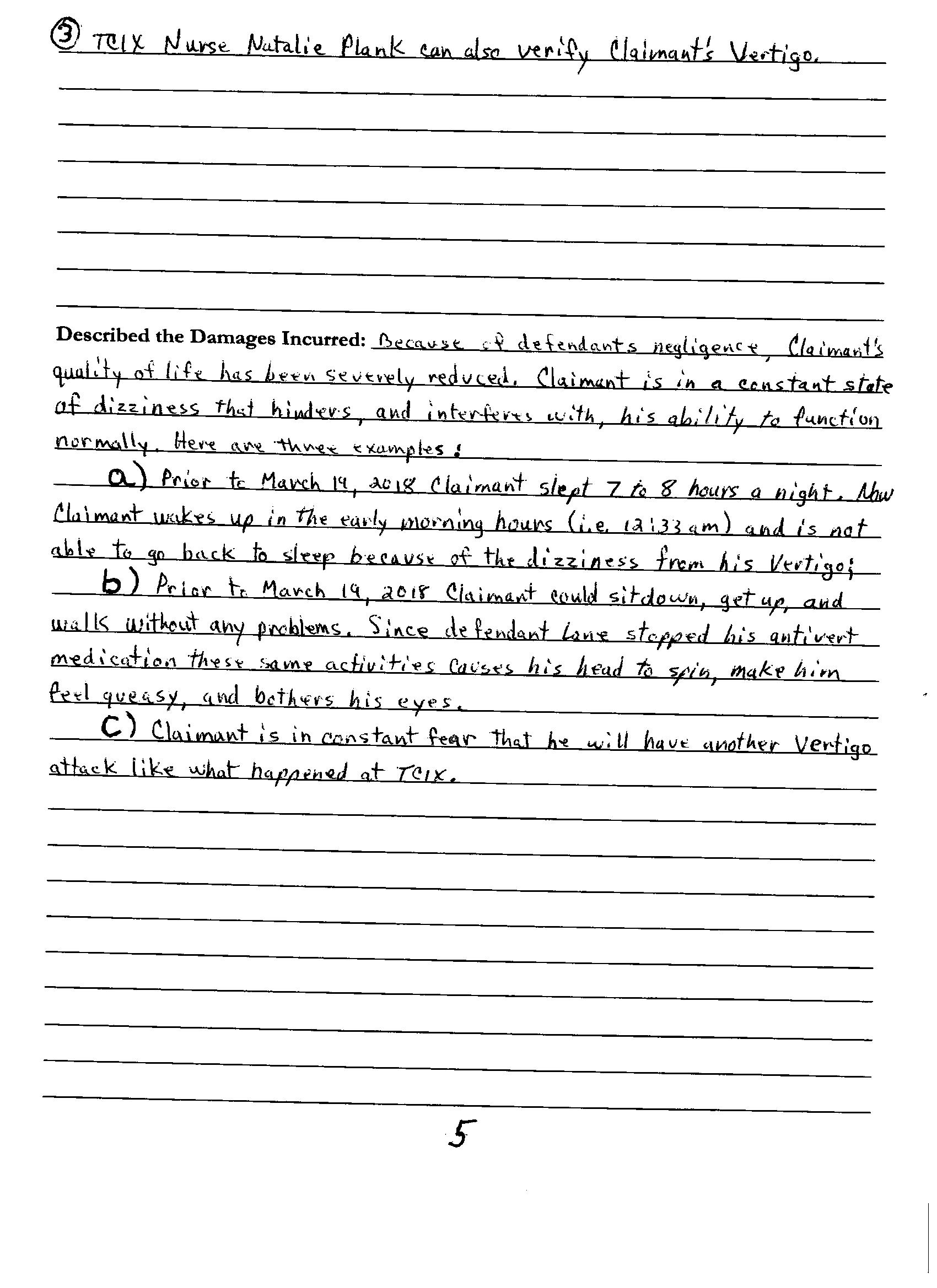 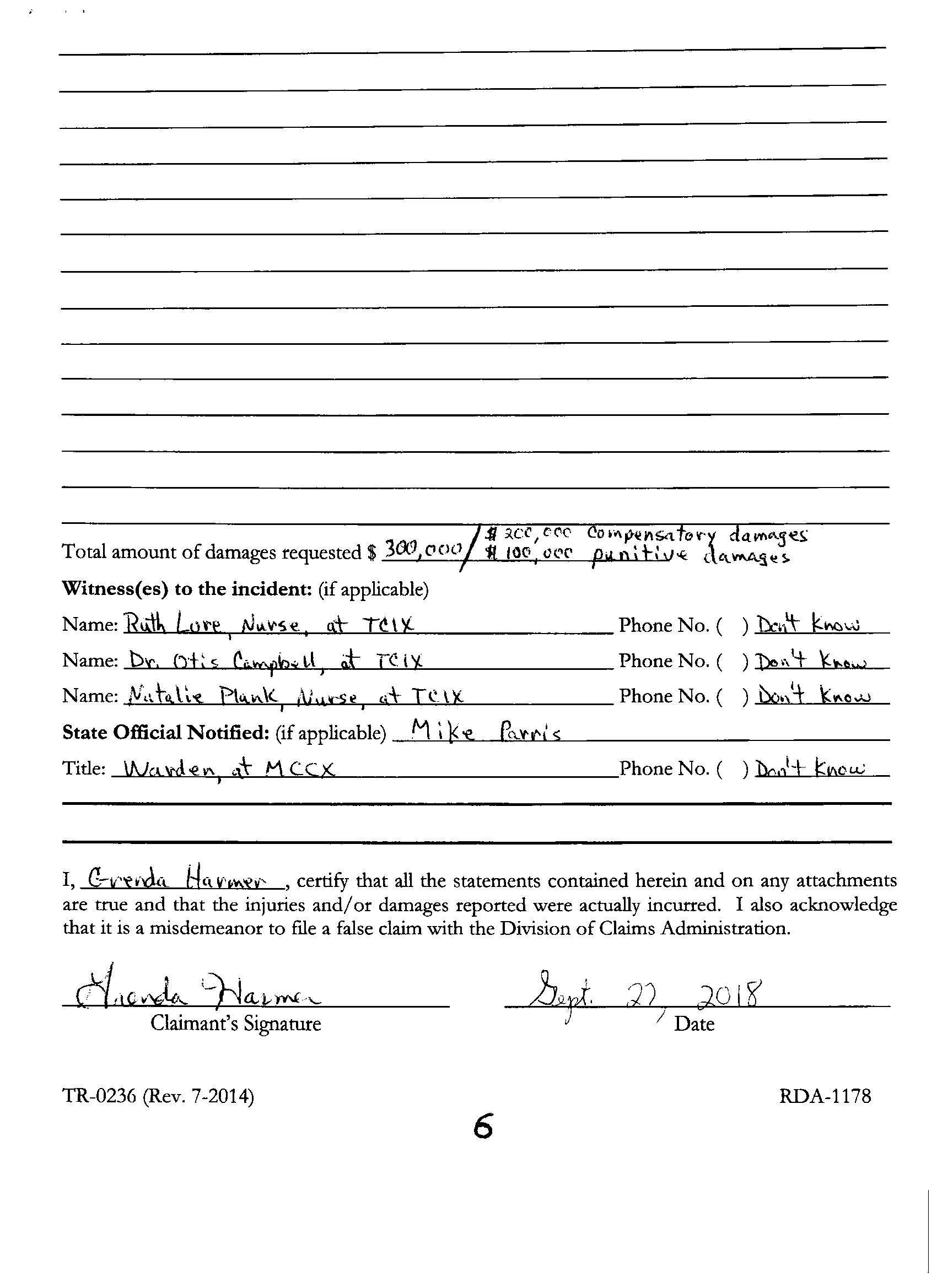 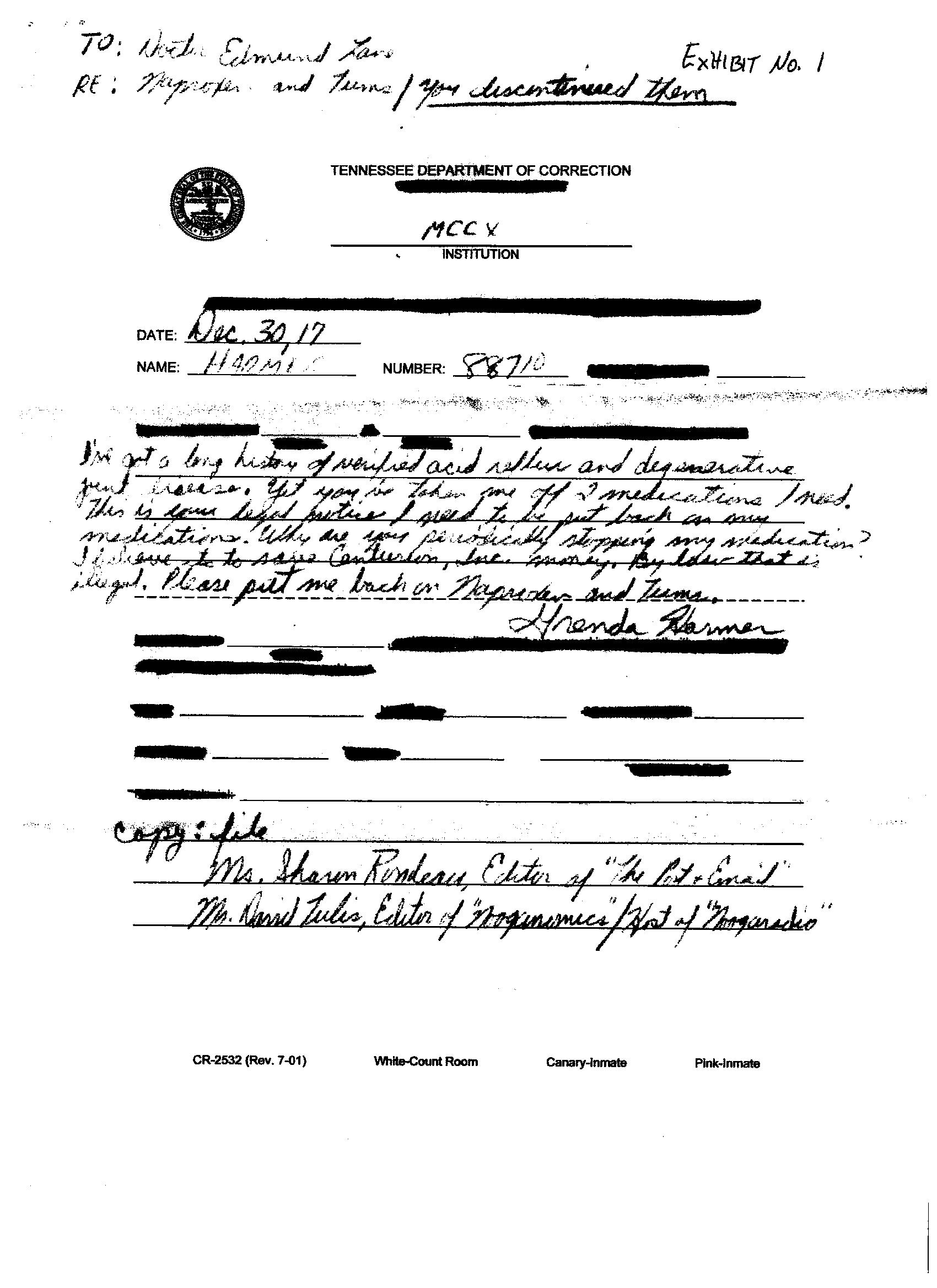 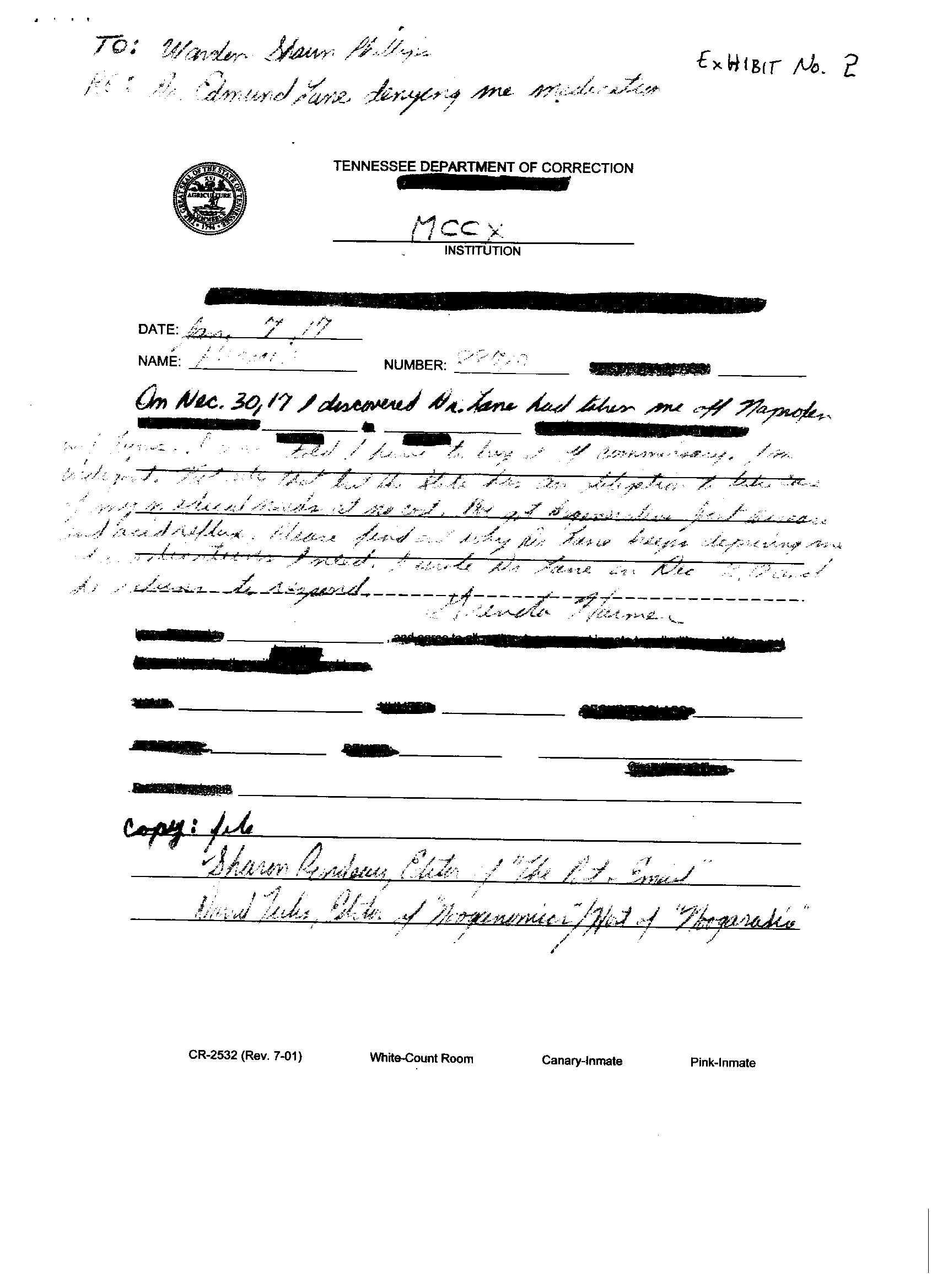 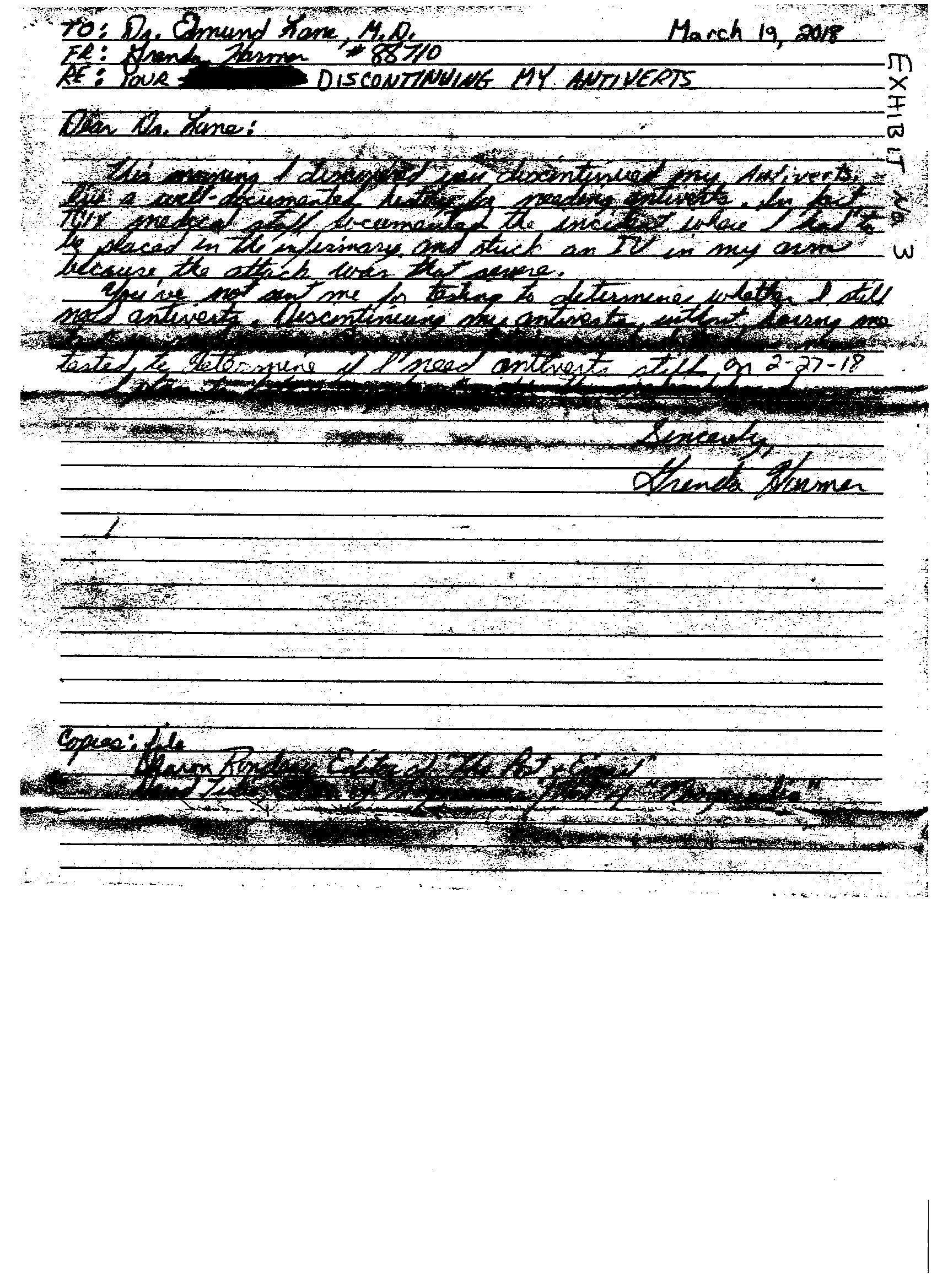 Inmate Files Damages Claim against State of Tennessee for Denial of Medication added on Wednesday, November 21, 2018