WHAT IS “THE NEW ARCTIC”? 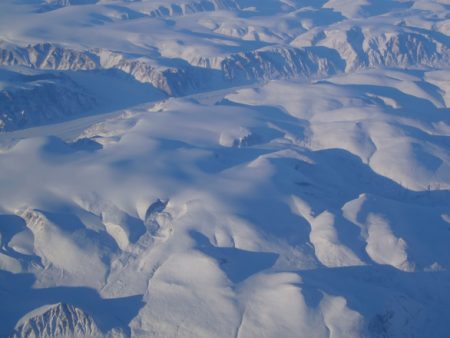 (Nov. 7, 2018) — In his landmark book “The Structure of Scientific Revolutions,” Thomas Kuhn discusses at great length how a scientific field can be captured by a system of false ideas, to the point where these beliefs determine what the legitimate scientific questions are. He called such belief systems “paradigms,” an example being the Earth centered model of the solar system.

Kuhn had no name for the way that a paradigm shields the field from hard questions and contrary evidence, so I call it “paradigm protection.” Paradigm protection is rampant in the field of climate science, where the controlling paradigm is the idea that humans are causing dangerous climate change.

The US National Science Foundation has just produced a remarkably clear example of alarmist paradigm protection. It is a multi-million dollar research funding Program cleverly titled “Navigating the New Arctic.”

Despite the title, this research program is not about navigation. It is about ginning up scary future scenarios based on projected dangerous Arctic warming.

Here is part of the Program synopsis:

“Arctic temperatures are warming faster than nearly everywhere else on Earth, with some models predicting that continued warming could produce an ice-free Arctic Ocean by mid-century. The rapid and wide-scale changes occurring in response to this warming portend new opportunities and unprecedented risks to natural systems; social and cultural systems; economic, political and legal systems; and built environments of the Arctic and across the globe. The lack of scientific observations and the prevalence of interdependent social, natural, and built systems in the Arctic make it challenging to predict the region’s future. Understanding and adapting to a changing Arctic will require creative new directions for Arctic-specific research, education, workforce development, and leveraging of science, engineering, and technology advances from outside the Arctic.”

This is pure climate alarmism. Models predict so much warming, which portends unprecedented risks, which calls for new understanding and adaptation. From models to social change in one grand swoop.

What is hard to see is the hard unasked questions and unacknowledged contrary evidence, which is what makes this paradigm protection. The Program simply assumes what should in fact be questioned.

For example there is strong evidence that the Arctic has warmed like this before, perhaps many times, but it has not run away as this Program assumes. So to what extent is the present warming natural, cyclic and bounded? This is a very simple, yet deep, question, which is not asked.

Then too we know that the models run very hot compared to observation. Are the models even fit for this sort of predictive use? This is another obvious question that is not asked.