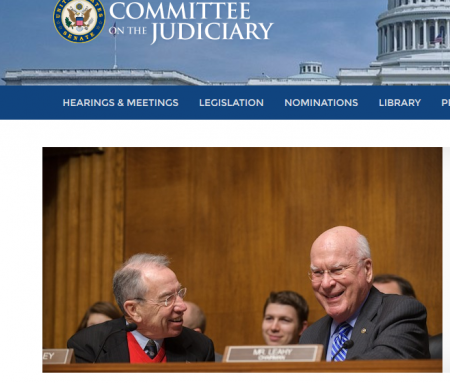 (Sep. 23, 2018) — At approximately 1:00 PM EDT on Sunday, Fox News Supreme Court correspondent Shannon Bream tweeted that attorneys for Dr. Christine Blasey Ford, who one week ago accused U.S Supreme Court nominee Judge Brett Kavanaugh of sexual assault some 36 years ago, have reached an agreement with the Senate Judiciary Committee for Ford to testify on Thursday at 10:00 AM.

Committee Chairman Chuck Grassley had originally stipulated a Monday 10:00 AM hearing for both Kavanaugh and Ford, but Ford’s attorneys objected for an unknown reason, stating later that she could not arrive in Washington for testimony until Thursday.

Grassley later stated that the committee could hear Ford on Wednesday but capitulated to Ford’s legal team on Saturday, when a “tentative” agreement was announced for Thursday.

According to Bream, Ford’s attorneys agreed to having “an open hearing” on Thursday morning “despite actual threats to her safety and her life.” “Dr. Ford believes it is important for Senators to hear directly from her about the sexual assault committed against her,” Bream’s quote of Ford’s legal team concludes.

As was reported by Paul Sperry earlier in the weekend, the group “@WeDemandJustice” is actively seeking to defeat Kavanaugh’s nomination and likely any other nomination President Donald Trump will make to the U.S. Supreme Court.  According to the Twitter feed of the organization’s co-founder, former Clinton press secretary Brian E. Fallon, its associates and followers are hopeful that Kavanaugh will withdraw his nomination by Wednesday.

Hillary Clinton is a follower of the group, which is using the hashtag #StopKavanaugh.

Early in his term, Trump nominated then-Tenth Circuit Court of Appeals Judge Neil Gorsuch to the high court, who was confirmed without the protracted opposition Kavanaugh has received since Trump made the nomination known on July 9.

As of Saturday evening, Bream reported in her Twitter feed that the committee had said that it was no closer to an agreement that it had been on Monday when Ford’s lead attorney, Debra Katz, told CNN and other media outlets that her client was willing to testify publicly as to her claims.

Katz’s statement was followed by a reversal in which she said her client would not testify until a full FBI investigation of her claims was completed.

The FBI has said it is not within its purview to investigate such an allegation.

Supporters of Ford and other sexual assault “survivors” plan to participate in a “nationwide walkout” on Monday at 1 PM EDT/10:00 a.m. PDT during which they will wear black and presumably “walk out” of their respective workplaces.  The effort is being sponsored by NARAL, a leading abortion-rights group.  “Believe women.  Believe Christine,” the organization’s website is now touting.

Many women believe that if confirmed, Kavanaugh will be the “swing vote” which could overturn the landmark case of Roe v. Wade which declared it illegal for a state legislature to forbid a woman to seek an abortion up through a certain point in her pregnancy.

Since the 1973 decision, some states, particularly in the South, have passed laws restricting access to abortion and requiring parental consent for a minor seeking one.

Grassley had scheduled a committee confirmation vote for Monday in the event that Ford did not commit to testifying.  Previously, he offered to send staff to her in California to interview her, an offer which was apparently declined.

If the commitment holds, it would appear that Kavanaugh will not be confirmed in time to be seated by October 1, when the new Supreme Court year begins, and perhaps not at all.

In response to CNN’s Jake Tapper posed the question as to whether or not Kavanaugh is presumed innocent until proven guilty, Fallon tweeted on Sunday afternoon that Senate testimony “is not a court of law.  Kavanaugh is not having his liberties taken away…”

Media reports Saturday night additionally said that four witnesses said by Ford to be at the high-school party where underage drinking was taking place without parental supervision denied having any memory of it. In one case, the individual denied ever having been acquainted with Kavanaugh.

The Wall Street Journal’s Kimberly Strassel observed on Twitter that Ford’s account, as told to The Washington Post last Sunday, stated that “four boys” attended the party with her, but that three men and one woman have been contacted by the Judiciary Committee for their sworn accounts of the alleged event.

Kavanaugh has categorically denied that it ever took place or that he has ever treated any woman in the way Ford has described.  He has served as a judge on the U.S. District Court of Appeals for the District of Columbia for 12 years; his confirmation hearings in 2006 faced no such accusation.

In 1991, Supreme Court Justice Clarence Thomas’s confirmation hearings were punctuated by accusations by Anita Hill of sexual harassment, nearly derailing his nomination.  He was confirmed by a 52-48 vote in the Senate.

Thomas denied the claims, describing the subsequent hearings as “a high-tech lynching” and “a circus.”