“THERE IS ZERO PROOF” 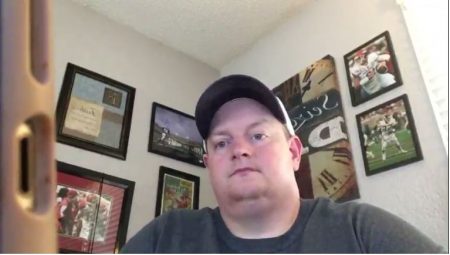 [Editor’s Note:  This broadcast contains obscenities which many will find offensive and is not recommended for children.]

During the beginning of the broadcast, he said his group will be “on the road” during the month of October and hinted at an “October surprise” in connection with his group’s probe of the Las Vegas mass murder last October 1 at a country music festival.

At 1:06 p.m. EDT, Couch quoted former NSA program architect William Binney as having said that there is “zero proof” that the Russians hacked the DNC server, as the “intelligence community” has allegedly reported, or that Rich was the victim of a “botched robbery.”

Apparently reading questions and/or objections to his work, Couch raised his voice several minutes later, shifting to the topic of the midterm elections in less than two months.

He decried the mainstream media for “lying” and failing to carry out its duty to inform the public.  “Why have a platform if you’re not willing to lead?” he asked after mentioning Mark Levin, Sean Hannity, and Laura Ingraham’s on-air “platforms.”

Couch twice played a sound clip from radio host Joe Rogan about Rich in which he said that Rich “gave information to WikiLeaks” in order to expose corruption.  Rogan ridiculed those who have called the contention that Rich provided leaked DNC emails to WikiLeaks “a conspiracy theory,” which includes most of the mainstream media.