(Aug. 21, 2018) — [Editor’s Note: Previously this publication has reported about the above-named inmate through his wife, Beth Haycraft.  A former Virginia correction officer herself, Mrs. Haycraft runs a ministry aimed at helping others whose mentally-ill relatives are incarcerated. She has been a guest on David Tulis’s “Nooganomics” radio show and written a number of letters to Tennessee Department of Correction (TDOC) officials and others about the unique needs of the mentally ill in institutional settings.  Her YouTube channel is here.

For the first time, we have heard directly from her husband, Michael Haycraft, who is currently housed at the Turney Center Industrial Complex (TCIX) in Only, TN. The letter below relates in his own words his experience with the TDOC, particularly over the last 11 months.

Haycraft had been hoping to be granted parole in April but was denied, at least in part, because of a Class “A” disciplinary writeup he received for allegedly failing to participate in a class when he and his wife reported that such was not the case. Shortly thereafter, Haycraft was moved from the Morgan County Correctional Complex (MCCX) to TCIX, hours farther away from his wife, who continues to reside in Virginia.

In both institutions, Haycraft has been placed in protective custody (PC) because of threats from gang members, a commonly-reported reason to this publication. “I’ve been in P.C. For 11 months almost — locked down 22½ to 23 hours a day,” Haycraft wrote on page 9. “Thats torture when dealing with a preexisting mental illness like mine. These people don’t care because it’s not them or their family. People have no idea what its like.” [sic]

The Post & Email has truncated the final page of the letter because of the personal information it contains.] 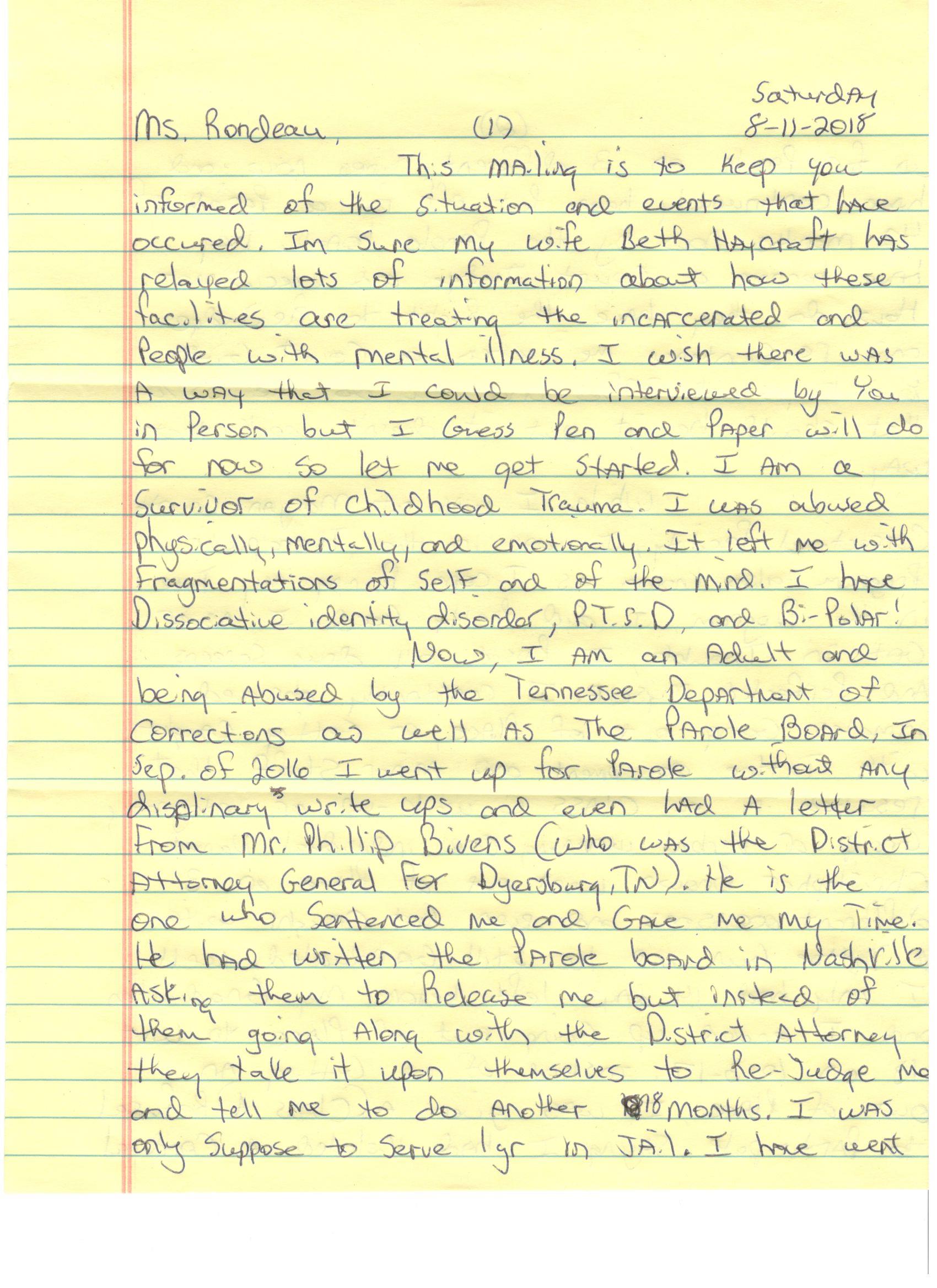 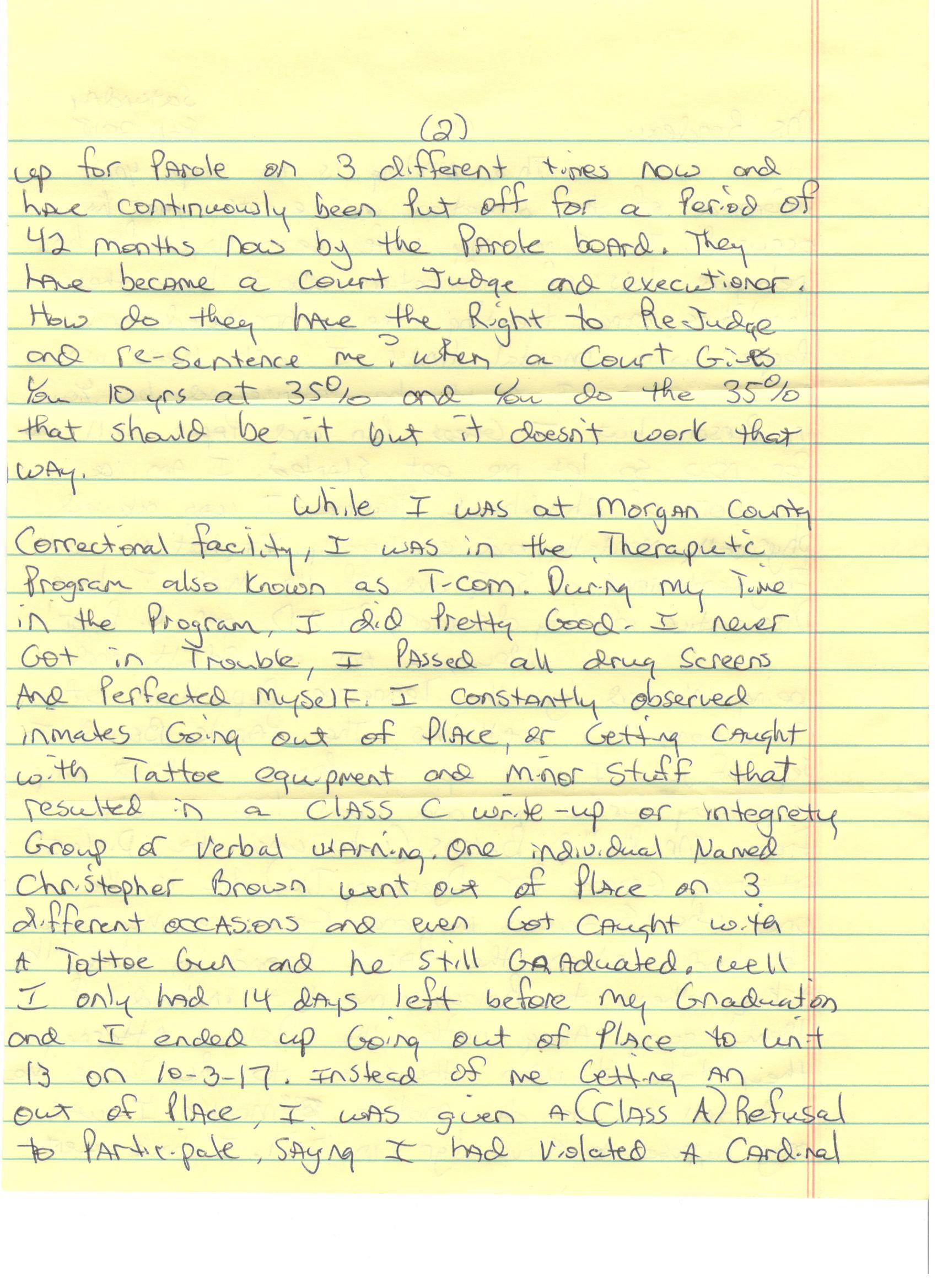 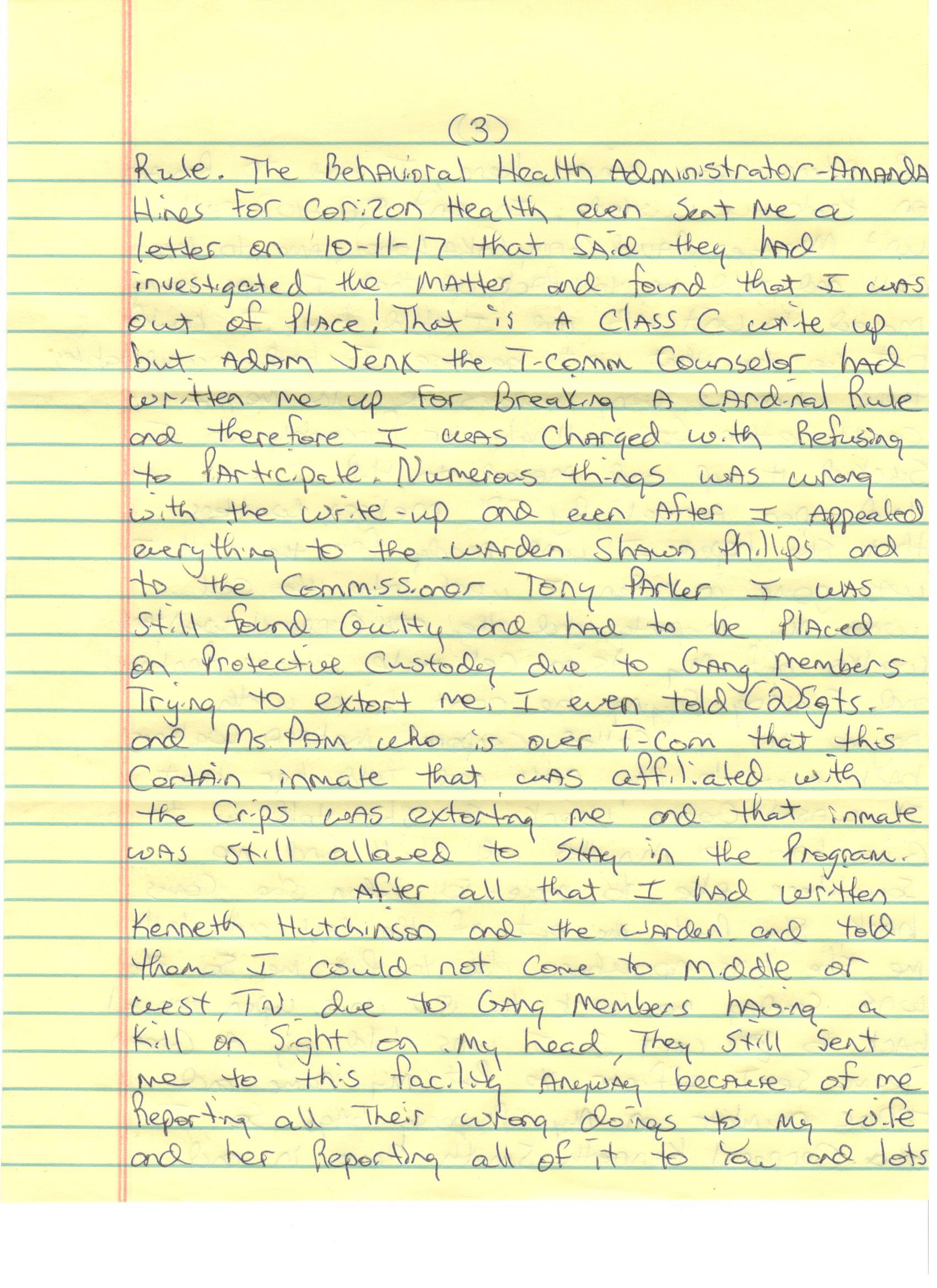 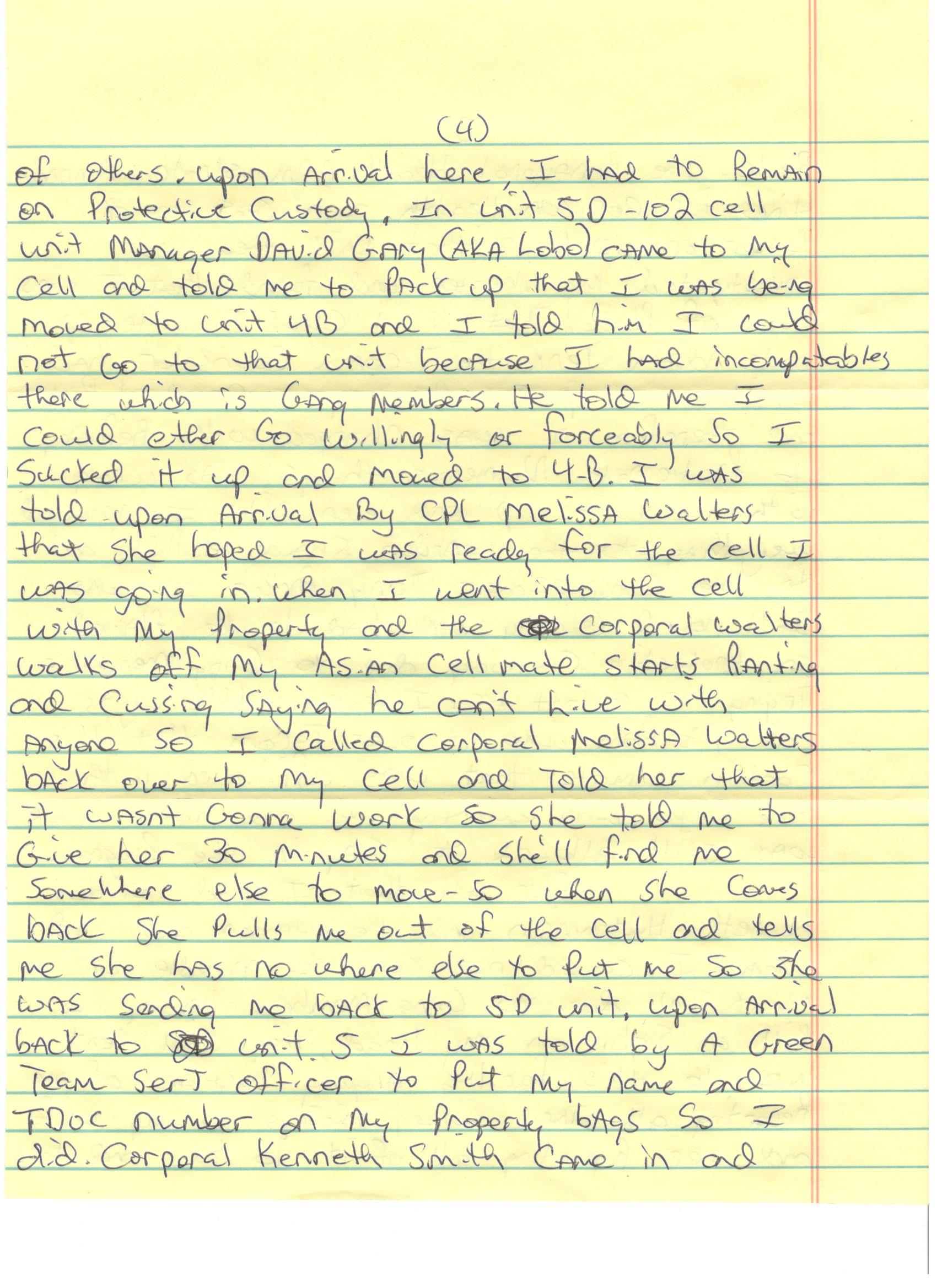 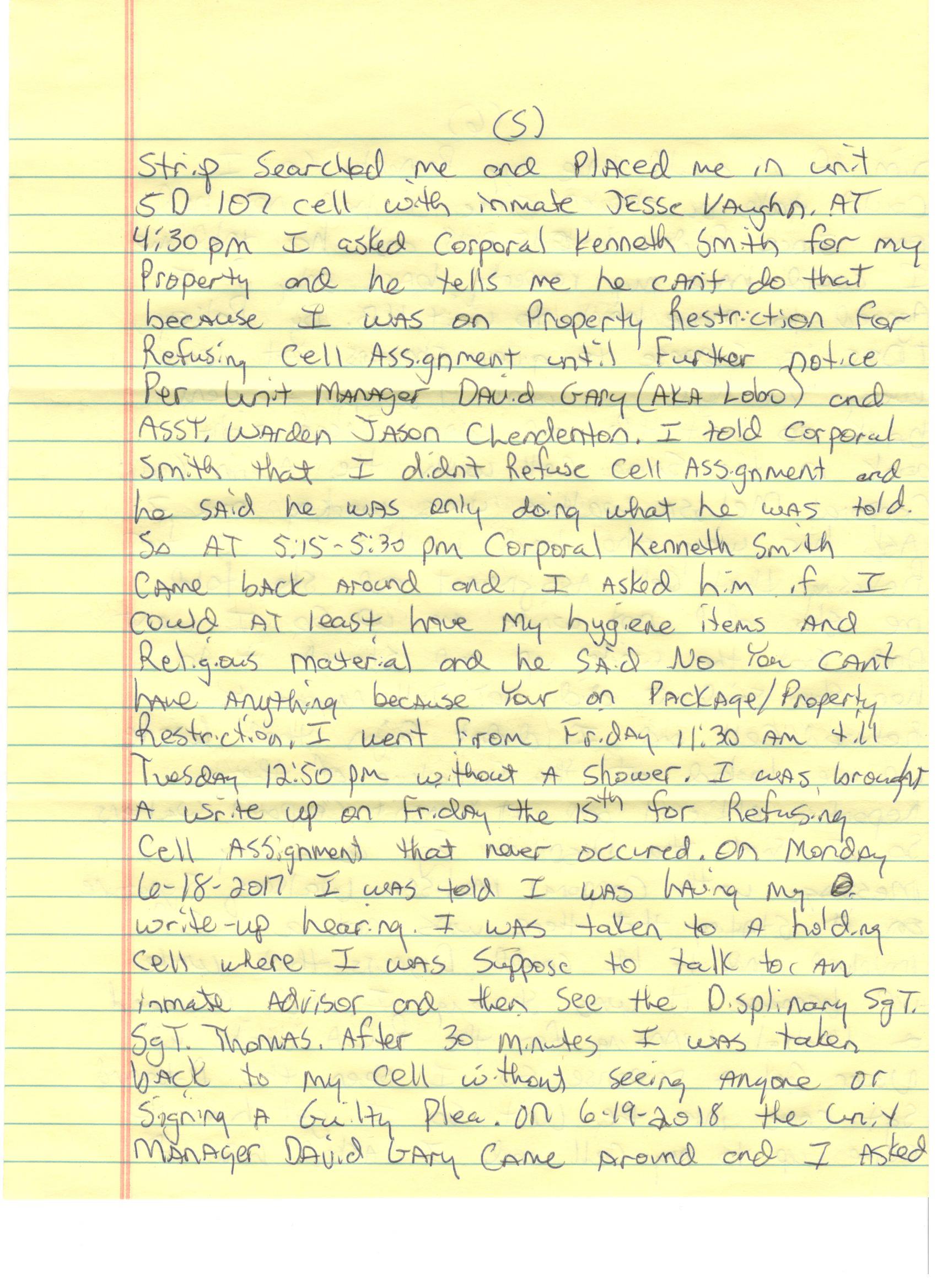 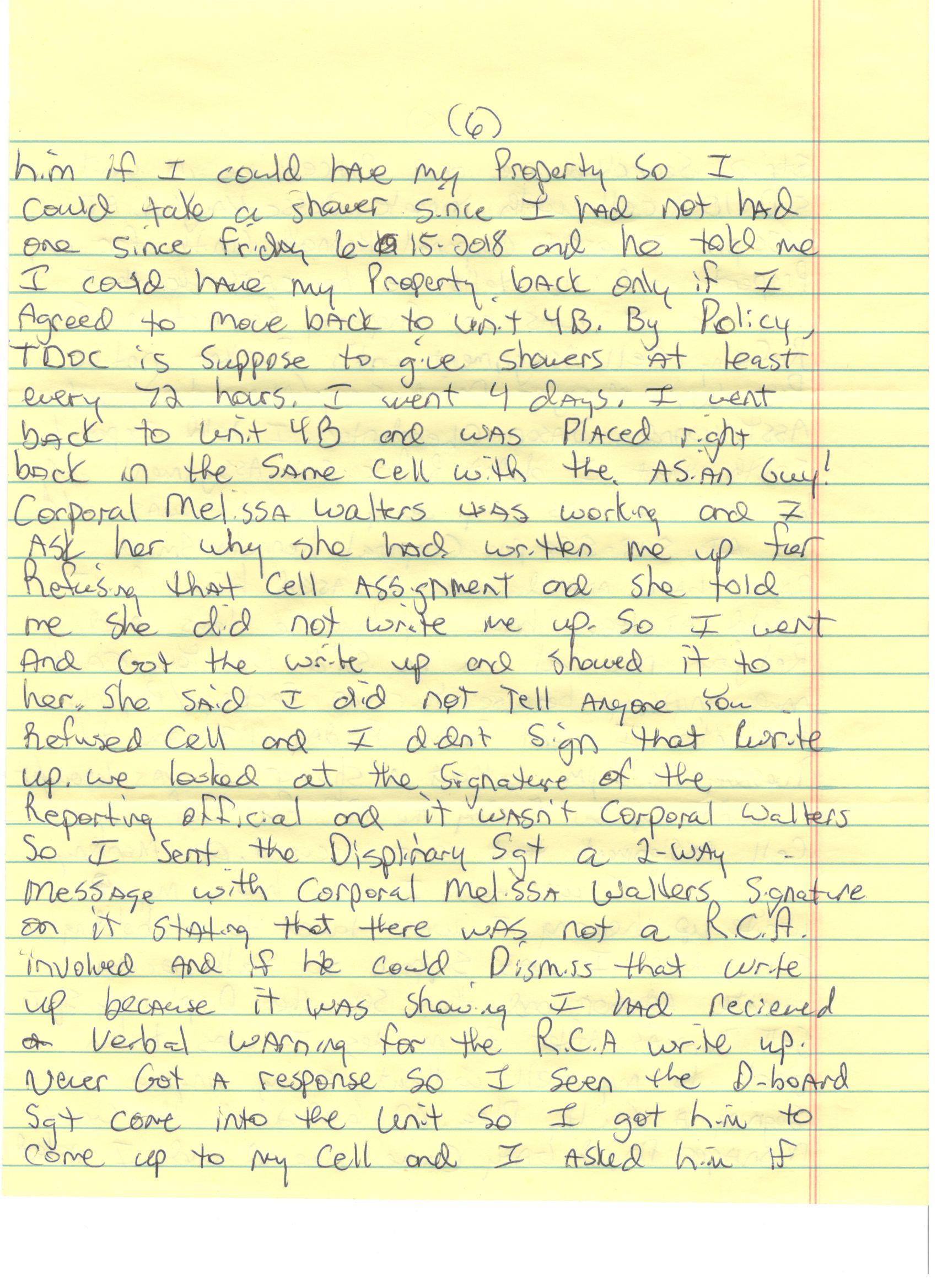 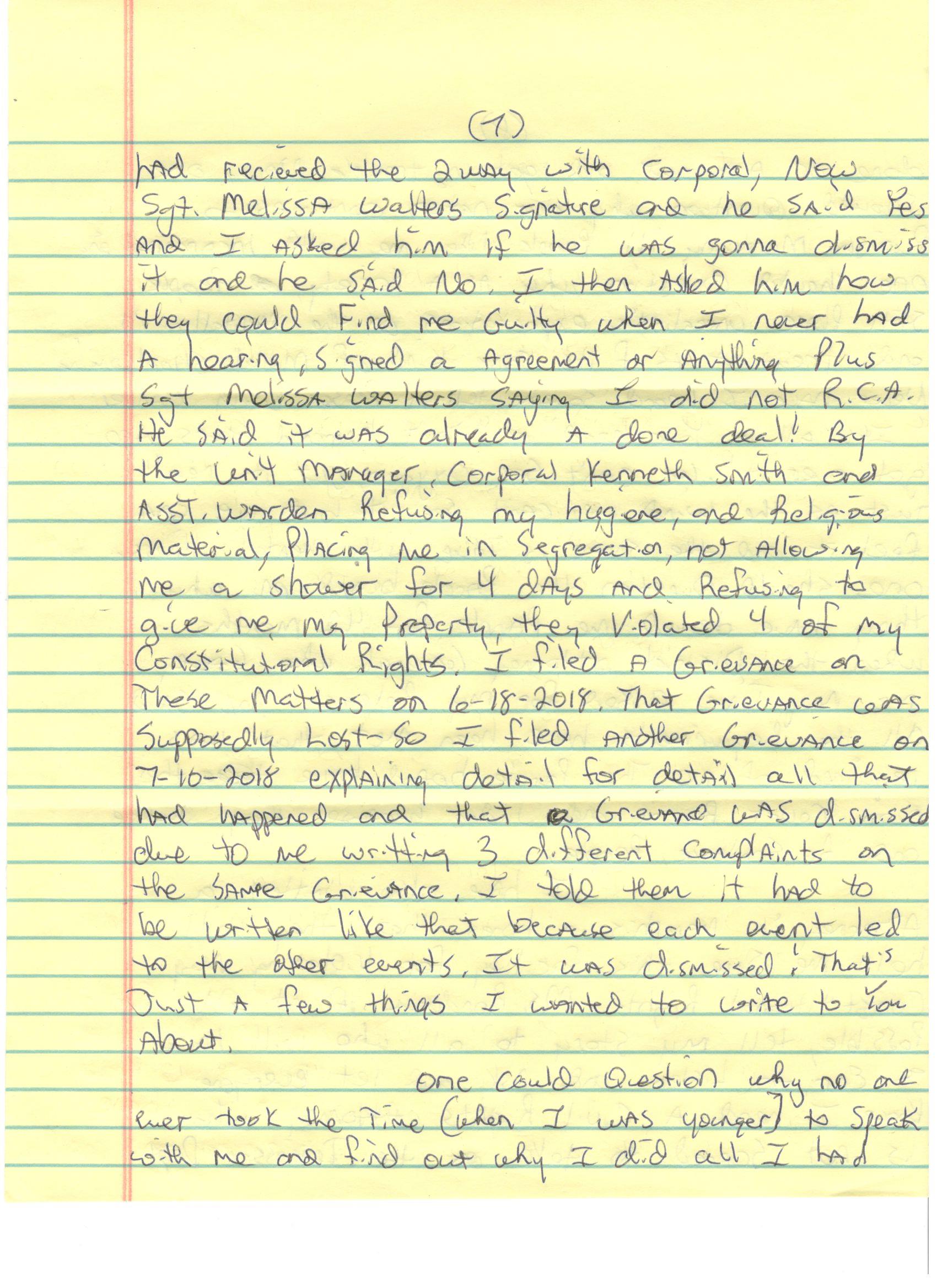 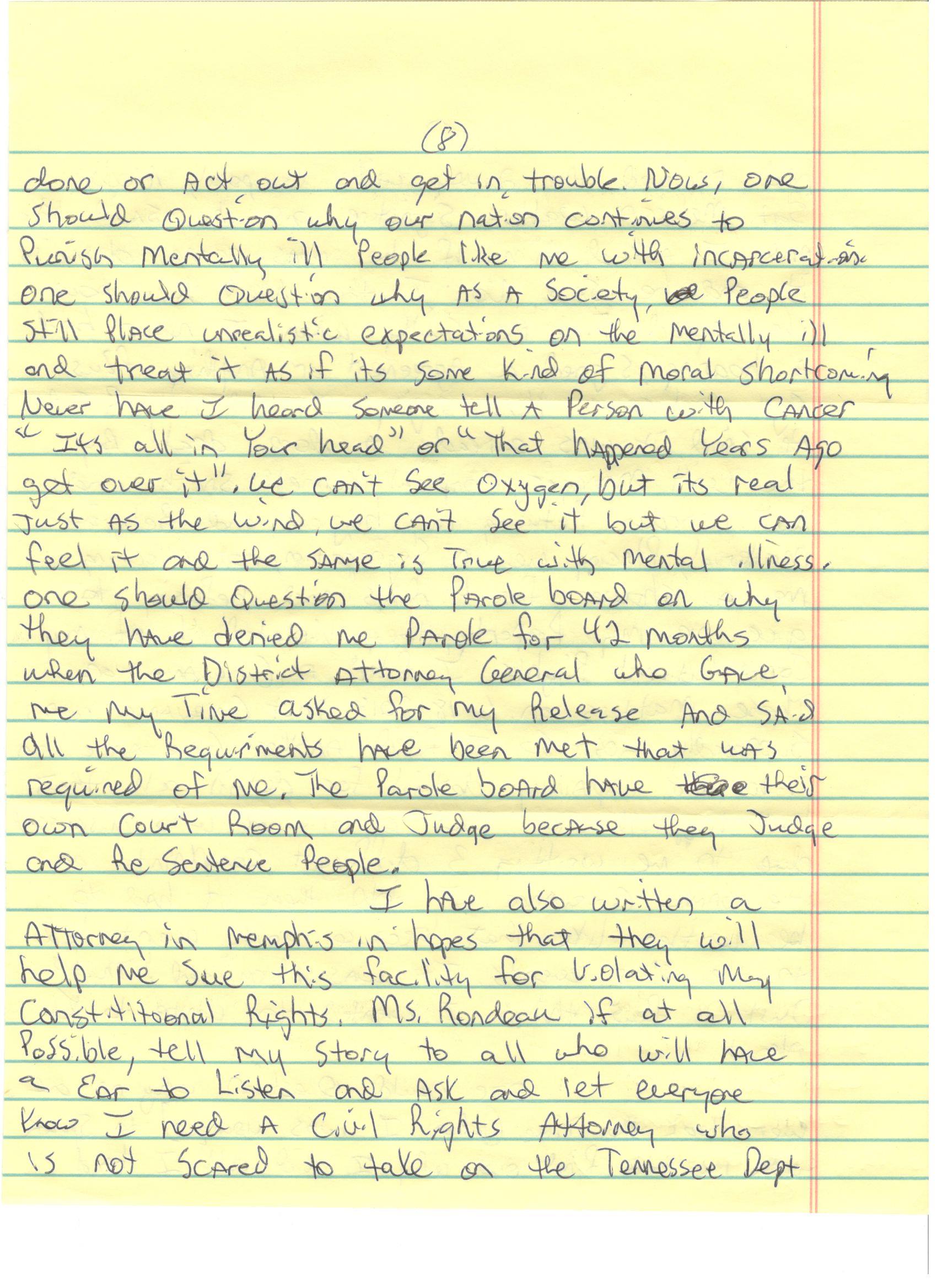 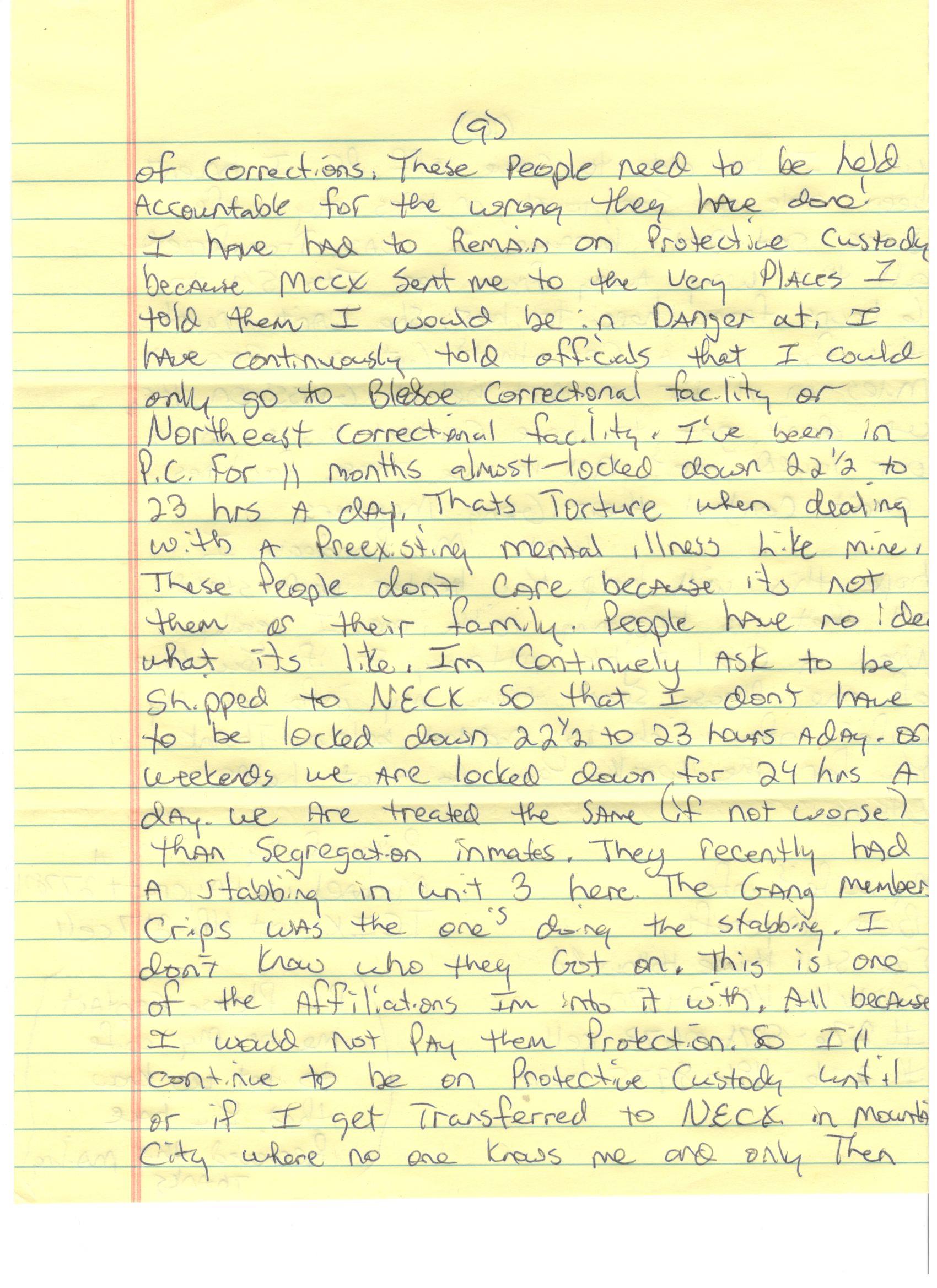 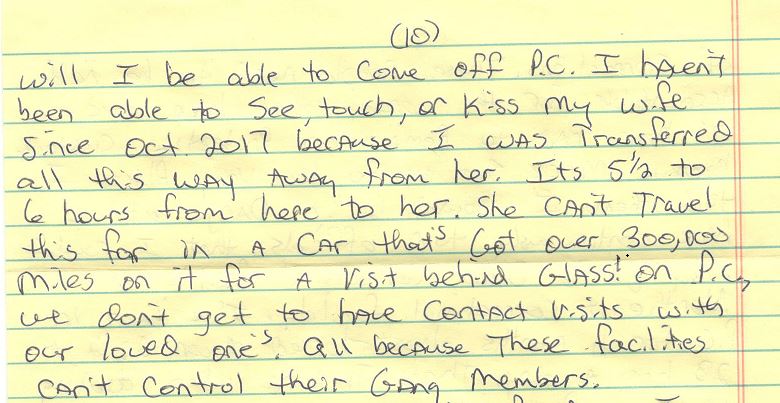 Inmate Speaks Out on Mental Illness and Incarceration added on Tuesday, August 21, 2018