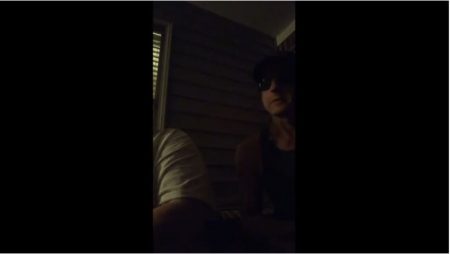 “We wanted to get this out and get our message to the people,” Couch said in the opening minutes of the broadcast.

Couch then said, as he tweeted last night, that “intelligence that is 100% accurate and verifiable” his group received “this week” shows that there were “two high-ranking members of the Democrat Party” at the same hospital where then-DNC Data Director for Voter Registration Seth Rich was taken after being shot twice in the torso on July 10, 2016.

Rich later died in surgery, according to Couch, at Washington MedStar Medical Center, the same hospital where Rep. Steve Scalise was taken after he was shot by a crazed gunman on June 14, 2017 and nearly died.

Couch identified the name of the surgeon who operated on Rich and reportedly pronounced him deceased just before 6:00 that morning as the same doctor who worked successfully on Scalise to save his life.  “We know this; we can prove this,” Couch said at 5:20.

Couch said that he is providing “one week” (3:19) for the two individuals, who he said are “elected,” to “come forward” and “contact our team.”  He also said his organization will be subpoenaing the individuals’ telephone records for discovery in two lawsuits filed against AF-MG as a result of its investigation into Rich’s murder.

On Twitter Couch has often asked rhetorically why no one from the DNC has called attention to Rich’s murder and apparent lack of progress on the part of the Washington, DC Metro Police Department’s alleged investigation of the two-year-old crime.

At 7:29, Couch spoke telephonically with a member of his team dubbed “The Graham Cracker,” stating to him that “hush money” is involved in the Seth Rich murder.  “There’s other money trails we’re looking at…Ebay is involved; Paypal is involved in this investigation,” Couch said.

Graham Cracker responded that “It’s so easy to launder money through a service like Ebay; just post a fake listing up and sell something that may or may not be what you listed, but as long as the buyer knows what they’re getting, it’s perfect…”

Couch then shifted the conversation by stating he will begin to “drop some bombs.” “A very highly credible source when I was in Washington, DC brought us…a personalized message from Julian Assange,” Couch said.  “This message came directly from a person in the media who had met with Julian Assange at the Ecuadorian embassy, and Julian Assange’s exact words were, ‘I’m not saying this is how it happened, but I could buy something on Ebay, right?…'”

Assange is the founder of WikiLeaks, which received tens of thousands of emails taken from the DNC server and published them just before the DNC nominating convention in July 2016.  In June 2012, Assange was granted political asylum at the Ecuadorian embassy in London.

“This conversation took place privately; this conversation did not take place in the normal corridors of the Ecuadorian embassy…” Couch continued at 9:33. “Also, our source has told us that Julian confirmed to them that he paid them.  He said, ‘I paid the kids.’ That was his exact words…You can take that to the bank.”

In response to a question as to who “the kids” are (10:45), Couch said, “Obviously, he’s talking about the Rich brothers.”

In late March, Seth Rich’s brother, Aaron, sued Couch and his media group for “defamation” for associating him financially with the case.  A second suit was filed by former Rich family spokesman Brad Baumann not long afterward.

Couch has called the lawsuits “frivolous.”

When asked, Graham Cracker confirmed that members of Congress “on both sides” “do not want to look into” Rich’s murder.

At 14:40, Couch said that the company, Crowdstrike, which examined the servers from which the emails were taken in 2016, is staffed by “former FBI guys,” one of whom Couch said “was promoted by Robert Mueller.”

At 17:05, Couch declared the amount of “reward money” now available to anyone offering information on Rich’s killing is $600,000.